Average asking prices on Trade Me Property drop in Auckland, mixed in the rest of the country

Average asking prices on Trade Me Property drop in Auckland, mixed in the rest of the country 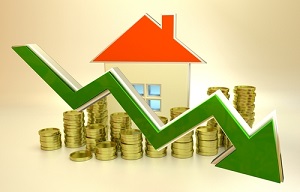 There is further evidence that house prices are in decline, with the average asking price of homes listed for sale on Trade Me Property declining in January.

It was the third consecutive month that the average asking price on the website has declined and it has now fallen by $29,850 since October when it was $571,750.

The Auckland region also ended its spectacular run of upward price movement, with the average asking price of Auckland homes advertised on the website dropping  from $805,300 in December to $801,400 in January.

The average asking price of 3-4 bedroom stand alone houses in Auckland showed a more modest decline, dropping from $819,650 in December to $815,900 in January.

The market was also generally more subdued outside of Auckland.

i notice an realnz they took that system out, now all the non prices drop to the end, makes it so you have no idea of range for neg or auction houses

I take it you are holding some highly leveraged rentals denpal. I would be getting worried also. There is no doubt that sentiment has changed in Auckland and the REINZ should confirm that this afternoon. A smaller number of overseas buyers and wanting to avoid disclosing transactions to the IRD are just a couple of reasons why.

For some of us being mortgage free means didly squat whether my house price goes up or down, but still interesting to watch from the sidelines bull investors and long term wily investors, my bet on the later to come through any down turn in good shape

It not surprising with all the wealth destruction going on in the rest of the world. Auckland is an international market and can't expect things to go merrily on without some form of reality check.

But the bulls were arguing that Auckland, being an 'international city', was a means to justify ever continuing price increases - so it actually goes both ways?

How do you prepare for the next big crash BigDaddy?

Any ideas on where to stash the cash. I have no debt but literally everything I own are numbers in my bank account. I'm beginning to get a little nervous.

If you want to keep your deposits onshore and immediately available for either part or full withdrawals, then there is some question about whether or not Bonus Bond investments are subject to OBR. I've had opinions on this going both ways (yes they are, no they aren't) and I'm tending more toward the no they aren't argument.

PS - they may have amended the trust deed since the last time I looked into it , so you might want to re-investigate yourself.

Don't forget property Ngrrk. I'm not talking becoming an 'investor' working on the borrow and hope model. And don't worry about fine distinctions of return, or of a finely judged tax play.
But in time of trouble if you 100% own a property, no debt, well situated, that you can see and control, you will be able to collect rent of some value at least. (well do I remember the first time I rented as a young fella. The landlord turned up in his big car every Wedneday night. I handed him some cash at the front door).
If the world goes into complete meltdown, such a low tech approach might save you. No staring at a screen, where the numbers you saw yesterday just disappeared.

Very apt that the new "Dads Army" movie will be out soon .....those words "Don't panic Mr Mainwaring, don't panic !!" are ringing in my ears at the moment....... I can sense some fear creeping into the Auckland market.

But overall, most will "pull the wool" over theirs eyes, vote for John Key and believe anything Mike Hosking says .....y'all got what you wanted, now take the consequences....nothing lasts forever.

REINZ just announces Auckland median price drops by $50,000.00 in January. Surely this is only because everyone was on holiday.

It difficult to say exactly how much property prices might fall. It typically depends on the amount of leverage, speculative money as well as how aggressive banks are in calling in debt.
The AKL property market has a lot of speculative money and leverage without a yield to support it through the downturn.
During the GFC banks were very reluctant to call in debt since they knew it would totally wipe them out. Reports yesterday were that some banks were being aggressive on loan defaults in the dairy sector and so if the same is true in the property sector then there could be blood on the streets. It's wait and see.

I think what people need to realise here is bank funding costs are on the rise due to eurozone and chinazone crisis's. china will affect NZ's export income - gdp nominal fall. Eurozone will effect NZ borrowing costs (banks-- mortgages). Inflation already near zero. only 3-4 more cuts in the wind from RBNZ and then they have no more ammo. China is causing deflation, eurozone is causing rising interest rates (which will effect the interest payments on the 60Billion debt our great ex-banker prime minister which all of you in auckland voted for). This is not going to end well. And we have an overvalued currency which is due for a significant drop

If things really turn to custard the money you lost with the bank will be the least of your problems, really it wouldn't take much of an event to see the civilized lifestyle we take for granted in New Zealand to collapse like a house of cards. Think riots and general anarchy. The flip side is the government will not want this to happen. If you watch the international news then NZ is the place you want to be living right now or be heading to when it starts turning to s*#t in the rest of the world and I think its already started turning.