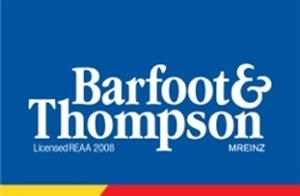 It was the highest number of homes the agency has sold in the month of May for more than 10 years and Barfoot's busiest month since September last year.

Overall the price trend appeared to be flat.

"The average sales price in Auckland has remained static for two months now," he said.

The surge in sales volumes was helped by a rush of new listings as more people decided to put their properties up for sale.

It was the highest number of new listings in the month of May for more than a decade.

However demand remains strong and the company's inventory (the total number of homes it has available for sale) improved only slightly, rising from 2846 in April to 3013 in May.

"Listings remain at historically low levels and there has never been a better time to sell," Thompson said.

"In the last two months, the number of sales has not influenced prices.

"In May turnover was high and in April turnover was low, yet for both months prices remained relatively static or fell," he said.

Barfoot & Thompson's Sales in May 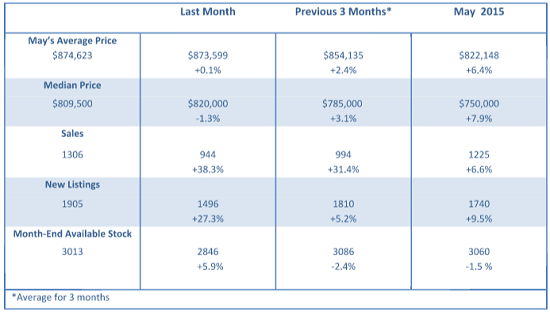 in other words: smart money is getting out

Sellers are smart and buyers are dumb?

Prices don't need to fall (although they will). It's enough for prices to remain flat for many speculators to be in a seriously bad situation.

I hope you are right but im thinking you are probably not. There is a massive bid waiting to get into the property market. Interest rates arent going much higher for the foreseeable. Add to that no real effort to get supply moving in a meaningful way or trim our migration number and you get a couple more years of growth. Dont get me wrong.. I am a first home buyer wanting to get in and will love a pull back

Migration is slowing and there are many global economic red flags on the horizon. I believe prices are going to drop next year. If there is a housing crisis and shortage of supply then why was the Auckland market pretty much dead between October 2015 and Jan 2016 besides the reserve bank measures and Chinese out flow restrictions? And why is there a surplus of rentals in Auckland?

I'm a buyer. A very happy buyer too.

So let me get this straight, a couple of months ago where prices were up but sales were flat and falling spelled doom and gloom. Now that sales are booming but prices are flat this is also doom and gloom?

The question is where do you put your money when you get out of the property market or downsize? The stockmarket, despite it more or less replicating the performance of the Auckland property market over the past few years, still has plenty of stocks yielding 5% or more. If you are feeling more defensive you stick the money into bonds or the bank but then you are looking at income levels at 3% or less.
I sense a growing trend of many retirees downsizing and then helping the younger generation get on the ladder.

Maybe the smart dirty money getting out before the new AML rules are introduced?!

Smart money. Anybody with a few smarts is already out. Fevered auctions have cooled markedly

Olly Newland has been bearish for 12 months now. If you went to one of his seminars now do you think he would be advocating pinning the ears back, loading up with debt and leaping in? I doubt it.

You would expect a real estate agent to say 'now is the time to sell' --- regardless of anything. Turnover is how they make money.

Spare us please. Was there ever a bigger amount of information than an agents recommendation on when to sell or buy.

The market may be plateauing....but it is not going down. That will only happen with a significant price drop. And come summer all bets are off. Not to mention there is plenty of room for increases to continue in the regions. Hamitlion, Tga, and further afield still have good yields and prices well below Auckland.

This is not the end...not by a long way. Unfortunately.

Not with demand being where it is. There is not enough supply. Demand is high for a host of factors that we all know. One of these things need to change for a crash to happen.

Hasn't stopped crashes elsewhere due to some unforeseen shock to demand

I'm pleased and relieved to see things not roaring ahead. National will no doubt be patting themselves on the back for taking the heat out of the market with the new legislation!

I was going to stop myself posting here as inevitably the market takes off and no amount of common sense seems to stop it. Having gone to a couple of auctions and read a few things this week there is a shift in the mood. And it's getting more dangerous as each year ticks by.

4. NZ Banks exposure to property is 50% of book

6. Auckland #1 in the price to income charts! Woo-hoo!

7. Round it off with your own number 7 - there are plenty to choose from. I would suggest "No the offshore Chinese buyers are NOT back, back, back!!!"

I've given up predicting anything but when Oz goes, NZ follows and their apartment prices are falling and the warning bells are coming from all sides. See today's top story: http://www.smh.com.au/business/property/oecd-warns-australian-property-…

Problems in Oz will expose the banks, they will improve lending standards and try to reduce exposure, including their NZ books and credit boom comes to an end. Interest rates go up as the cost of capital to these banks will go up (despite shot through economy).

That's not a prediction. But it's not an implausible scenario. It's becoming more likely as prices escalate.

Nice comment. If this nonsense comes crashing down and taking the country with it then each and every politician ever in power since 2001 should be hung. Because the nonsense was totally preventable...,

Well said. No politician or real estate agent will ever admit that Auckland house prices are the result of irrational exuberance. It is difficult to predict when the crash will occur (I thought it was a certainty in 2008) but the result will be many people with negative equity. And unlike many states in the US, it will not be possible to simply mail the keys to the bank and walk away.

Like a big earthquake in a small country, a crash in one sector of the economy will bring the country to its knees. There are benefits in being small but also vulnerabilities

Like a big earthquake in a small country, a crash in one sector of the economy will bring the country to its knees. There are benefits in being small but also vulnerabilities

Everyone knows the truth about overseas buyers but our government. Actually they too know but have reason of their own for the bubble to continue as fir them is a sign of prosperty though sre hsrming NZ badly in the long run. Real estate sgents openly sats that we need one chinese interedted to sell the property and if have two or three than better as will thsn break previous records.

I'm being lazy but does anyone know the current average rental yield on Auckland residential property?

That's why the regions are on the up and up...more yield to be had than Auckland, and lower mortgage exposure. That is if property investing is your thing...

I will just play devils advocate for a moment and put together a reason why the property market is where it is.
Imagine you are Mr Billionaire who just wants to preserve his wealth over the next 50 years.
Let's look where he might put his money.
In 1/3rd of the world he gets a negative return on bonds.
In NZ he can lock into a 2.25% pa return on the 10 year government bond
In the US he can get a yield of 1.81% on the 10 year treasuries.
In Auckland residential market you can get a yield of around 3-3.5%- although need to factor depreciation.
On the NZX50 the average yield is 4.5%.

At the end of the day none of the above are particularly exciting returns but it makes it easier to understand why the wealthy investors are still putting money into the property market at the expense of individuals who simply can't afford to. It all a consequence of QE and not necessarily just a NZ problem. I therefore think the only way to reduce prices to make housing affordable to FHB's is to tax investors.

Also in Auckland investors know that there will be much greater housing density in the coming years and that is why land banking is happening.

No doubt Mr Billionaire will have his money split across all asset classes.

Between february and now the house prices are up by average 10% for sure so I do not underdtand what the current data is about or is it just to prevent govt n RBNZ not to impose any new rules which is not in their interest though if the govt n RBNZ does sonething will benefit New Zealanders.

2 bedroom unit is now sold for a million and our PM John Key will still deny n do nothing. Hope his conceise is clear n can sleep at night