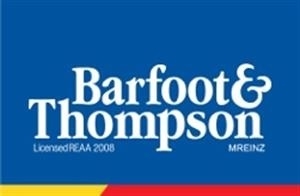 Spring is late arriving in the Auckland real estate market, according to the region's largest real estate agency Barfoot & Thompson.

The housing market traditionally starts to pick up in September after its usual winter lull, but this year's slow start in Auckland may be set to continue for a while at least, with Barfoots newly listing just 1536 homes for sale in September down 10% compared with the 1706 new listings in August and down 20.8% compared to the 1940 newly listed in September last year.

"With the arrival of spring, housing activity usually lifts but it has not been the case this year," Barfoot & Thompson managing director Peter Thompson said.

"Rather, the market continued the trend which first showed in July of prices increasing at a much slower rate than in the past two to three years.

"Compared to what was happening to prices last September, the Auckland housing market is subdued and we are now looking at a totally different market to 12 months ago."

However, Thompson said at the top end of the market had not been affected by the more restrained market mood, with 404 properties selling for $1 million or more,  accounting for 38.3% of the agency's sales in September, while just 7.7% of sales were for less than $500,000.

That may explain why the average price increased in September while the median price did not.

The harsh reality is that there is much evidence to suggest house prices have become so disjointed with the underlying or intrinsic value of the land and leaky structures on them , that there has to be an endgame where the market recognises a price ceiling .

"Secondhand" house prices have been tracking the costs of newly built houses , but the new stuff is way out of control with twenty-something year old chippies earning more than Doctors , and the 3 legged building material supply cartel having pushed the envelope too far .

The net result is that new builds are starting to see some resistance, and this will feed through to the "used" house prices in due course .

The other issue is the Banks , who by now must have realised they are lending in dangerous territory , and are likely to enter a cycle of caution in lending practices

With 100K+ immigrants, record low and going lower interest rate, half of china and India wants to live in nz, and a chronic shortage of land, auckland can only go up. This is just incorrect data coming from B&T. The auction rooms are full of Chinese bidding over each other for 1M+ properties.

This is just misleading information as to what's really happening in the real world to try to trick property owners to sell.

No - it's correct. Our area is dead and all the houses are on at fixed prices now. The banks are really strict now - no bridging and it's much harder for investors. What B & T are saying is what I am hearing from RE agents.

You got me worrying now, which area is yours?

Frostwind ......very adamant there on the Auctions ....what date was your last Auction, you personally attended by your good self ?

$1 Million is a lot of money to a lot of people, more than you will earn on the median wage over a lifetime.

If it is the beginning of the end the construction boom will follow close behind.

Agree the fundamentals are crazy.

Reports show the debt ponzi has been temporarily shut out of Auckland, but are discovering everywhere else. Kiri Barfoot recently stated at her investor function that investment returns were "3% if you were lucky, so thank god for capital gains". Tony Alexander reported at Kiri's party that PIs always overestimate regional growth each property cycle, and that now would be no different. He also stated that the biggest constraint moving forward would be further finance restrictions, with no 2nd tier finance company's covering the gap because most of them are toast. The new ones are heavily constrained by new tougher regulations, and rightly so.

Consider then for a moment, no more or heavily reduced speculative capital gains, add in a pinch of proposed debt to income lending rules and a dose of Phil Goff’s proposed Vancouver tax, all served with a side of Winston and Trump. Yet the ponzi continues to act like self-medicating junkies on leveraged debt....wow.

Good news but housing inventory is low. Auckland is 12 weeks and nationally 13 weeks. Down 23% year on year.

That seems to be a contributor to the stall. People dont want to be locked out of the market by selling and there being nothing to buy, banks aren't letting people bridge. I was told that if you are in a position to buy you can get a good deal at the moment. Bizarre when there is a shortage. A shortage of property but a shortage of funding.

Not so bizarre. Most have continually spruiked the theory that shortages must cause price rises. They continually miss a most defining factor - which is the ability to pay. Thus the housing shortage may continue, but if the cash aint there, prices can reset to much lower levels.

Is the tide going out..fonterror payouts? Foreign buyers? Interest hikes? LVR's? Nervous banks? Change of tax laws? Who knows...but there are some swans about...

Remember most people don't have to sell or have to buy.
They might like to very much but it's not a crisis.
The only minority that has to sell are those affected by Debt, Divorce or Death which would hardly be 5% of the lot.

5% is a bit of a light estimate in Auckland Big Daddy. Consider the swarms of overleveraged speculators (errrh sorry "investors")

Those over their heads in debt are yet to come,
Then the % will be 20% plus.

OK so inventory is low, interest rates at record lows, net migration high, not enough new house supply, so why has the market stalled? Where have all the Chinese buyers gone - the North Shore was their main feeding ground. Might have to drop into Barfoots auctions at Bruce Mason Centre tomorrow and see if the room is empty.
Last week Barfoots only sold 50 of the 150 auctions offered across the Auckland region so surely inventory
must build up rapidly unless homes are simply removed from the market if unsold.
Banks might have to have a spring mortgage war to create some more activity.

Perception that the market has peaked so not keen to pay high asking prices combined with inability to get finance. Banks have been loose, now tight. Maybe not lending to non permanent residents now too.

Bank directors will be highly exposed to challenge when the first OBR is applied to their depositors, the banks record of lending up to July this year has been reckless: e.g. see lending to investors where more more than 50% of lending was done at a DTI greater than 5. Madness, when applied to a market with very low elasticity of supply.

Only 15 sold at Barfoots auctions in last 48 hrs with 35 passed in, postponed or withdrawn. Sell rate down to 30% according to auction sales report on interest.co

Just a bad piece of data, withdrawn means that the owners are expecting higher prices so it'll be higher price ahead.

AKL can only go up, dont spread misrepresented fear

The requirement to have a 40% per cent deposit is certainly starting to affect sales to speculators in Auckland. Now that the USA and Europe are looking to increase their interest rates It will in turn drop the NZ dollar against overseas currencies and in due course allow the Reserve Bank to increase rates here when required. So many people forget our interest rates in NZ are at historic lows and that the Reserve Bank only put them in place to keep the place going. At some point in time they will move up again.

Withdrawn usually indicates during the pre-auction marketing period there were no expressions of interest, no attendees at the open home sessions. No access arranged for engineers reports or valuations. In other words no interest at all. So, with no known bidders, no point in proceeding, so it is withdrawn prior to auction

Who told you that property prices only go up? Your property "expert". They deserve to be shot.... or at least a severe reprimanding for misleading you.