MyValocity reports that the RBNZ's LVR restrictions are biting especially on investors, along with low listing levels. But FHBs are doing more deals in Auckland

MyValocity reports that the RBNZ's LVR restrictions are biting especially on investors, along with low listing levels. But FHBs are doing more deals in Auckland
31st Oct 16, 5:31am
by Guest 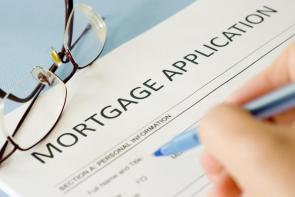 New figures released by myvalocity for September show the number of new residential mortgage registrations has declined nationally by 21% on the same time last year – further reinforcing the view the market is beginning to soften.

Regionally, Auckland saw the largest reduction in the number of new mortgage registrations – down 26.2% on the same time last year. The North Island’s metro centres were also down 15.6% compared to September 2015.

Wellington and the South Island metro centers buck the downward trend with growth in the number of mortgages of 2.8% on the same time last year. 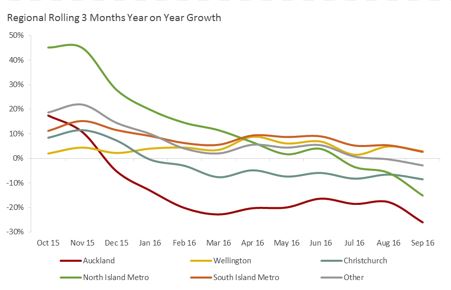 myvalocity CEO Carmen Vicelich says whilst there is already signs over recent months from the company’s median property sales and volume data that the market is pulling back, mortgage registrations provide another reliable metric to gauge the state of the market.

“Mortgage registrations are a good indicator of the financial performance of the market as it tracks the behavior of all active buyers rather than just what is actually selling at the time.

This is something we have not seen before. The property market is, to some extent, seasonal and traditionally we expect to see a rise in mortgage registrations in Spring, however this has not been the case so far this year.”

Myvalocity data shows mortgage registrations peaked in October 2015 and then saw a dramatic decline between December 2015 and March 2016. Whilst it recovered slightly, the last few months has seen the gap on last year’s registrations widen to its largest yet. 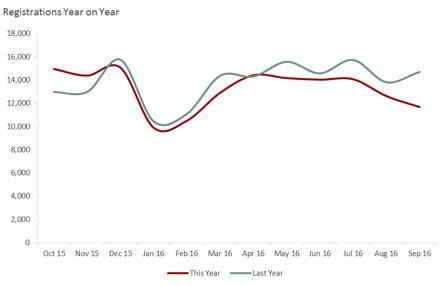 Mrs Vicelich says the trend indicates the Reserve Bank’s additional LVR restrictions coupled with an ongoing lack of supply are having an impact.

“The decline in the number of mortgage registrations is also a reflection of the current lack of stock or supply which is lower than the same time last year. Less homes for sale means less people moving and requiring new mortgages.”

myvalocity data for September 2016 shows the current market forces at play are having the biggest impact in Auckland. Investors in Auckland were down 35.3% on the same time last year. Most other buyer sectors declined in September – including refinance/switchers (those moving lending providers) which declined by 11.3% on the previous month.

Mrs Vicelich says Auckland’s first home buyers were the only sector that saw growth in September  – up 4% on the previous month – indicating first home buyers may be finding it easier to buy lower priced homes in the region given there are now less buyers in the market.

Myvalocity data for September shows the number of sales for all property value bands are also below the same period last year - particularly properties valued under $500,000 which has declined significantly in the last three months.

“This is partially due to a lack of available properties for sale in this price bracket. Sales of properties under $500,000 equated to just over half (55.1%) of all homes sold nationwide in the last quarter. This is slightly above the proportion of stock available nationwide (46.2%) valued under $500,000,” says Mrs Vicelich.

In Auckland, properties over $1 million accounted for 30.3% of all sales in the last quarter which is below the proportion (41.2%) of stock valued in that price bracket in Auckland, with the majority of sales sitting in the $500,000 to $1million value band.

“What this means is as the skew of sales is sitting in the middle as opposed to the top tier or bottom tier, the current median sale price is likely quite reflective of the actual market.  As opposed to when we’ve seen a high volume at the top end which further pulls any figures up,” says Mrs Vicelich.

Despite a slow down in property sales, the building sector remains buoyant with new building consents and renovations across the country significantly ahead of the same period last year.

This is a press release from Valocity, Auckland.

RBNZ is trying and the new DTI that they are plaining is also in the right direction. Unless National government whose interest lies elsewhere delays or put a brake on it.