Bill English and Paula Bennett plan to sell up to 2,500 state houses in Christchurch to community housing provider; includes house John Key grew up in; Housing NZ to retain up to 3,900 homes in Christchurch

Bill English and Paula Bennett plan to sell up to 2,500 state houses in Christchurch to community housing provider; includes house John Key grew up in; Housing NZ to retain up to 3,900 homes in Christchurch 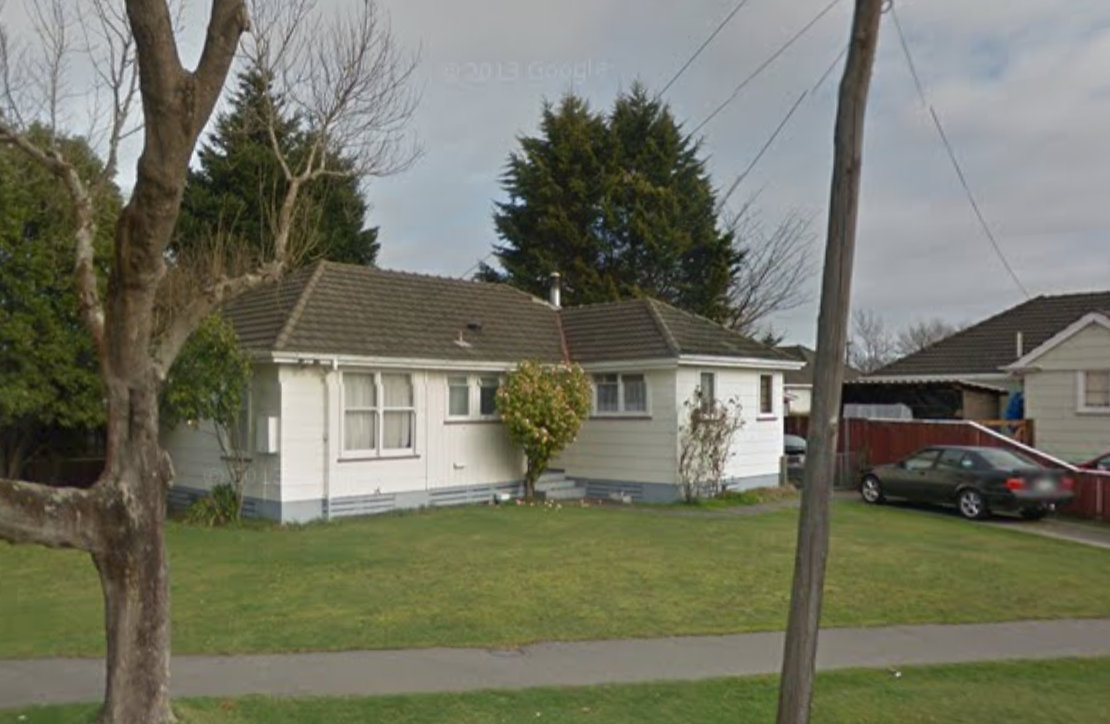 The Government has announced plans to sell up to 2,500 Housing New Zealand Corp state houses in Christchurch to community housing providers in a major expansion of the Government's troubled Social Housing reforms.

One of the houses up for sale will be 19 Hollyford Avenue in Bryndwr (pictured), which is where Prime Minister John Key grew up.

Plans to sell state houses in Invercargill and Horowhenua have fallen over, but the biggest tranche of 1,124 houses to be sold in Tauranga is on track.

He said the announcement signalled the beginning of the 'market sounding' phase of the commercial process.

“In Christchurch, Housing New Zealand has done an excellent job of repairing and rebuilding its earthquake-damaged stock but one in five of those properties are under-utilised," English said.

"There is now an opportunity for a private provider to renew, reconfigure and develop the properties to better match demand, and to finish earthquake remediation work,” he said.

The plan is for a single sale of between 2,000 to 2,500 HNZ properties, mainly in Bryndwyr, Riccarton and Shirley to a Community Housing Provider (CHP), while Housing NZ would continue to own and manage up to 3,900 properties in other areas of the city.

Bennett said any successful CHP buying the homes must show they can improve the quality of services to tenants.

“As we have said of other transfers, our bottom line is that tenant rights will remain the same and tenants will continue to be housed for the duration of their need," she said, adding any successful bidder would enter a 25 year contract with MSD. The houses cannot be sold and must remain in social housing unless the Government agrees otherwise.

“They’ll also need to prove they have strong community links with social service providers, and they must be New Zealand registered community housing providers." English and Bennett said there would be a market sounding session early next year.

Labour Housing Spokesman Phil Twyford called for the abandonment of the Housing NZ sale programme on Tuesday after the Government announced the joint sale of Housing NZ homes and Horowhenua District Council homes would not go ahead because Iwi had not settled their Treaty claims and would not agree to the sale.

Labour Leader Andrew Little said selling state houses did nothing to increase the supply of housing to people who needed it.

“Respected social agencies like the Salvation Army and Methodist Mission have ruled buying state houses. The Government has courted overseas companies and property investors to buy the houses," Little said.

“With Kiwi families living in garages and cars, the focus should be on housing more people, not selling the houses we have," he said.

“Let it go, John. Drop this ideological crusade to sell off state houses and keep those homes for future families who need it. Get on with building thousands of new homes for Kiwis desperate to get a roof over their heads.”

I find this very disturbing selling off the state house stock in the middle of NZ's biggest housing crisis in memory. Are these providers non-profits? Is there a rule they have to be? Are market prices being paid? Who are the shareholders of these '"community" housing providers?

Shouldn't the government be rapidly building houses to help with the big increase in homelessness. Whole thing looks ideologically driven rather than providing best solution to house the poor and those in need. It is the last thing I would've expected as a response to a housing crisis

Yes there are covenants in place at time of sale specifying use and how rent will be charged etc. Dont worry you will still be able to get into one!

What's the motive behind this again? Surely it won't be saving money? Corporate subsidy perhaps?

Do they have a clue what they are doing? They seem to have muddled around this (and many other) idea(s), and got nowhere.

Agree, the whole thing smells off. I'm going to be very interested to see what kind of transparency surrounds the whole process. It looks a ripe target for crony capitalism, with a captive market of tenants just ready for future gouging, and corporate welfare with government subsidies to cover costs paid out to the owners.

As part of National's social housing reforms, housing organisations can access income-related rent subsidies, which allow providers to cap rent at 25 per cent of the tenant's income.

Social Housing Minister Paula Bennett said one of the Government's bottom lines was that tenants' rights would remain the same and that they would be housed as long as they needed to be.
(http://www.nzherald.co.nz/nz/news/article.cfm?c_id=1&objectid=11754328)

The assurances of rent freezes and secure tenancy are there now, but in the future... boiling frogs, and all that...

Get rid of them. They all need knocking down and rebuilding anyway. Could fit 2 or 3 houses on the same land. Get the private sector to do it. They'll be much more efficient at it and much less cost to the community. No point holding on to a bunch of s**t boxes.