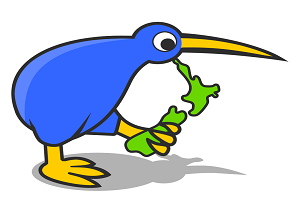 There are now six regions in the country where the average asking price for residential properties advertised on Trade Me Property is more than $500,000.

According to Trade Me's Head of Property Nigel Jeffries, Auckland was the only region in the country that had an average asking price above $500,000 at this time last year, but it had since been joined by Bay of Plenty, Nelson, Waikato, Wellington and Northland.

"Auckland became a half million dollar region back in late 2010 and last month cracked $900,000 in average asking price for the first time, as it continues its inexorable rise towards the million dollar mark," Jeffries said.

The biggest annual increase was in Gisborne where the average asking price in November was up 31.8% compared to a year earlier.

However Jeffries said that was due to a change in the mix of properties being listed for sale in Gisborne.

"We'd be cautious about reading too much into that just yet," he said.

Average asking prices in Wellington were up +10.6% for the year while in Christchurch they were virtually flat with an increase of just +0.7%.

The West Coast was the only region where average asking prices declined, with a drop of 8.3% for the year (refer map below for all regions).

Although asking in prices in Auckland remained buoyant, the apartment market was the exception.

Jeffries said Auckland's apartment market was stagnating, with the average asking price of apartments in the region declining from $600,000 to $575,000 over the last 12 months.

"In the past month the average asking price [of apartments] has been stuck in the mud as the pipeline of new inventory remains very strong, with more than 500 new apartment listings hitting the Auckland market in the last month," he said.

Five hundred apartments been listed in past month.maybe the reason for the dip in prices in Auckland central???

Global bond yields have risen and now holding money in the bank looks much more attractive than just 3 months ago. The years of double digit property price growth are over rover...but there gain houses are for living in.

Buying an apartment wouldn't be so bad as long as they are freehold, but the body corporate stuff seems to be problematic, as some of the fees seems so high. That is why I think people prefer to buy a standalone house.

Yes the body corp is very high here and there's the extra risk of leaky builds which are particularly bad for apartments.