Westpac's economists say the pace of new dwelling consents in Auckland is falling well short of what is required, although a lot more apartments may be in the pipeline

Westpac's economists say the pace of new dwelling consents in Auckland is falling well short of what is required, although a lot more apartments may be in the pipeline
3rd Jul 17, 3:40pm
by Guest 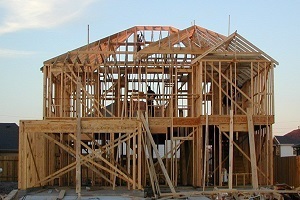 The following article was prepared by Westpac NZ's economics team and published in the bank's NZ Weekly Commentary on 3 July 2017. It's used with permission.

Consents for new dwellings rose 7% in seasonally adjusted terms in May, after a 7.4% drop in April.

The April figures may have been affected by the timing of the Easter and Anzac Day holidays this year.

However, the rise in consents in May doesn’t fully make up for this shortfall.

The fall in April and the rebound in May were both concentrated in Auckland, which in turn was driven by the trend in multiples (townhouses, terraced housing etc).

The latter is the kind of housing that has been enabled more by the city’s new Unitary Plan, so the growth in consents for multiples over recent months is an encouraging sign.

However, the pace of consents remains well short of what’s needed to meet population growth.

The annual total for dwelling consents in Auckland rose to 10,379 in May, a fresh high for the current cycle. But the growth in Auckland’s population over the last year meant that another 15,000 homes were needed in that time.

What’s more, the time to build means that Auckland’s housing stock is growing even more slowly than the above figures suggest.

At times the Auckland Council has provided data on the number of final inspections for newly-built homes, which is essentially the point at which they become habitable.

These figures imply that the average time from consent to completion has stretched out to around 18 months.

This will be partly due to capacity constraints in the homebuilding industry, and partly because apartments (which take longer on average to complete) have made up a growing share of consents in recent years.

While the number of new homes consented is our best gauge of what’s happening in the industry, it doesn’t tell the complete story.

The consents data also indicate that there is a substantial amount of work happening nationwide on additions and alterations to existing houses.

At least some of this work will amount to an increase in the capacity of the housing stock.

Secondly, there is a fishhook to watch out for in the data for apartment consents.

Apartment developments in Auckland have been particularly under the spotlight recently, with anecdotes of a number of projects being cancelled due to rising building costs or difficulties in securing funding.

But the level of interest in new developments means that there is still a substantial amount of work going ahead.

The way that consents are recorded means that the cost of the groundwork is recorded in the first consent, but the number of planned dwellings is captured in a later consent. (For this reason, we’d caution against using the consents data to infer the average cost of building for apartments.)

Why is this relevant?

In recent months we’ve seen a strong lift in the value of consents for groundwork in Auckland – at least in terms of the ones that we can identify, given the aggregation of the data.

For the last three months alone, we’ve identified over $100m of consents with no dwellings recorded against them, well above any prior period.

The implication is that a surge in the number of consented apartments could be on the way in the near future, as these developments reach their next stage.

Homebuilding in Auckland tends to attract the greatest attention, due to the scale of the housing shortage that has accumulated over the years (we estimate a shortfall of around 35,000 homes, which will get worse before it gets better).

Wellington is the only other region where there is evidence of a growing housing shortage, albeit nowhere near to the same extent as Auckland.

The number of dwelling consents appears to be trending higher in Wellington in response, although the numbers have been choppy from month to month, as consents for large apartment blocks tend to be much less frequent than in Auckland.

Building consents have also been trending higher in high population growth areas such as the Waikato and Bay of Plenty.

In Canterbury, dwelling consents have slowed over the last couple of years, as the housing stock has been returned to pre-earthquake levels.

However, the number of consents has stabilised so far this year, at what could be considered ‘business as usual’ levels.

The demands on the construction sector extend beyond housing.

Non-residential building is another category that tends to be lumpy from month to month, but the pipeline of consented work has grown strongly over the last year.

This is worth noting because non-residential building work was a significant negative for March quarter GDP; we remain of the view that this was a blip in the timing of building work.

Finally, there also appears to be a large amount of infrastructure work in the pipeline, though it’s harder to find information on how this is tracking. (‘Building consents’ generally cover anything with a roof, so they don’t include things like roads, bridges, wastewater systems etc).

The government significantly increased its allowance for capital spending in the latest Budget, to accommodate the growth in the population over recent years.

I solved the housing shortage with a stroke of the pen . I have decided that instead of 2.9 individuals per household in Auckland ,by law , statistical analysis or housing shortage meme 3.1 individuals should now inhabit the same home .By adding some bits of individuals .I have added some extra toes and ears to each Auckland home ,( so extra space will be needed for shoes and hearing aids ) I have created a surplus of housing and accommodated an extra 106000 individuals.

Cowpat you and I are close neighbours we probably have rubbed shoulders many times in the Village Green or at Jack Lum or at 4&20. What do you think of the number of ghost houses in our neighbourhood, especially the one at the corner of Remuera and Orakei Rd?

Beats me what's going to happen in Auckland, it seems to need overseas investors to keep house prices up, over . The average aucklanders wagers puts the current house prices miles to high. New houses and land in all of nz seem to only ever take off and do well in booms because it just to pricey for materials and council fee,s. So the average kiwi buys second hand houses in general. BUT Auckland needs all these new houses that the council can't keep development prices down for the governments over the top immigration numbers for houses nobody can afford, I guess the next thing we'll be hearing about is land developers going belly up, appartments by the thousands I guess, or somehow new build houses need a massive trimming or wages up by , double? Maybe 50 years