'Housing costs these days make up a much greater proportion of the household budget than they used to,' MSD incomes and inequality report finds

'Housing costs these days make up a much greater proportion of the household budget than they used to,' MSD incomes and inequality report finds 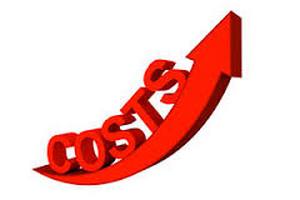 This is an excerpt from MSD's report, Household Incomes in New Zealand: trends in indicators of inequality and hardship 1982 to 2016, written by Bryan Perry:

High housing costs relative to income are often associated with financial stress for low- to middle-income households. Low-income households especially can be left with insufficient income to meet other basic needs such as food, clothing, transport, medical care and education for household members.

Housing affordability can be measured in a number of different ways. From the perspective of potential homeowners the simplest measure is the ratio of average house price to annual household disposable income, which in effect gives the number of years needed to cover the purchase price of a house (on average). Other more sophisticated measures incorporate the cost of financing as well (eg Massey University’s Home Affordability Index).

The recently released Housing Affordability Measure from the Ministry of Building Innovation and Employment uses a mix of administrative and survey data and covers both renters and aspiring first home buyers. It is based on the notion of ‘residual income’ for households, very similar to this report’s income after deducting housing costs (AHC) measures.

This section on housing costs and housing affordability uses a measure which is relevant to both homeowners and renters, and takes the perspective of households already in the own homes or renting. The ratio used is that of gross (unequivalised) housing costs to (unequivalised) household disposable income, in much the same way that home-loan lenders do for assessing risk.

The figures and trends in the summaries that follow are national average figures. There are regional differences that a relatively small sample survey like the HES cannot pick up (see, for example, pp73ff in Johnson (2015) for regional differences).

Figure C.10 and Table C.3 show the trends by income quintiles for households with high “outgoing-to-income ratios” (OTIs), using 30% as the benchmark for high OTIs.

From HES 2011 to HES 2016, around one in four Q1 households reported spending more than half their income on accommodation (Figure C.12). This is similar to what it was briefly in the mid 1990s, but is otherwise historically high.

The bottom quintile has three groups of interest in it in relation to OTIs:

NZS has been rising in real terms in recent years which in part explains the apparent flattening of the OTI lines as it acts as a counter to the rising trend for low-income working-age renters.

Table C.4 provides a breakdown by household type. The analysis uses the “30-40 rule” that is common in Australia and elsewhere – that is, it looks at the those in the lower two quintiles (40%) who have OTIs greater than 30%.

Figures C.9 to C.11 above use the household as the analysis unit. For some purposes, such as examining the different levels of housing stress by age, analysis needs to be done using individuals rather than households. Table C.5 provides a breakdown by age group. The proportions with high OTIs in 2016 (or even 2015 and 2016 on average) are much higher than in the late 1980s for all age groups (doubling or even tripling for some), although still remaining relatively low on average for older New Zealanders.

Long-run trends are very similar whichever unit of analysis is used (compare, for example, the “ALL” columns in Tables C.3 and C.4). There can however be some divergence from survey to survey especially for sub-groups, mainly because the bottom quintile (20%) of households has only around 17% of the total population in it, reflecting in particular the high proportion of small households in decile 2 (the top half of the bottom quintile). As a consequence of this difference, the second quintile of households does not perfectly coincide with the second quintile of individuals.

Figure C.13 compares the trends for second quintile individuals and second quintile households and shows that despite the wobbles and divergences that are evident at times from survey to survey, the overall trends are much the same.

Table C.6 shows the proportions of AS households that have high OTIs – those that are spending more than 30%, 40% and even 50% of their income on accommodation:

The provisions in the 2017 Budget package (higher incomes across most low to middle income households and higher AS rates and area changes) can be expected to improve these figures for the 2020 Incomes Report.

Housing costs now a much larger component in the household budget

Is anybody surprised at this report?

Hello tothepoint no I am not surprised at all. I feel like I don't have a life anymore with most of my income both from my day job and my rents spent on house maintenance. I don't know how long I can keep going like this anymore but I must grit my teeth!

Chin up old boy. You'll probably be able to capture some capital gains after the ten years or so. :)

no, there is a strong correlation between the prices of houses and the expenses required to run them.
the disappointing part is a lot of those funds flow offshore so are no benefit to the local consumer economy.
and when interest rates rise that will suck even more out

You're a wise and tenacious man, DGZ.

Struggle on, my friend. I look forward to shouting you a pork chop and a pint one day soon - perhaps at an establishment near your most salubrious neighbourhood.

A bowl of OTI s and a glass of fresh squeezed citrus will ensure that your out-goings exceed your inputs. :)

These graphs represent the greatest failure of the current government. If they had just protected the averageman's ability to put his own roof over his head vs supporting foreign and domestic speculation, they would sail in for the fabled fourth term unopposed.