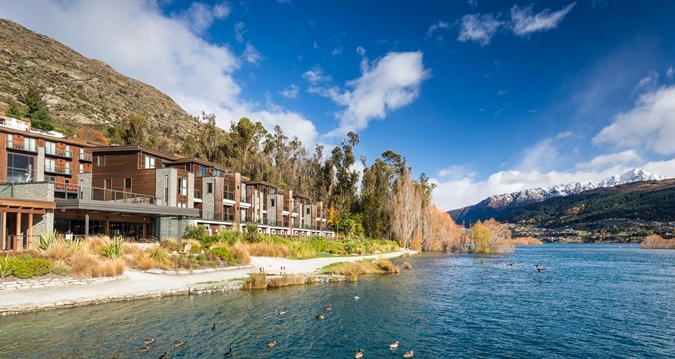 A Supreme Court judgment related to a failed Queenstown property development should be seen as a warning to those buying off the plan - don’t use a lawyer handed to you on a plate by the developer. Get your own.

These are the words of one of the lawyers who represented a group of 90 investors, who made deposits on luxury apartments on the shores of Lake Wakatipu, only for the ambitious development to go belly up with the global financial crisis.

Around 110 investors entered into sale and purchase agreements to buy units in two high-end complexes between 2006 and 2010.

The Kingston West and Lakeside West blocks were to be built in the first stage of a three stage project, Kawarau Falls Station Development.

The development was to consist of 13 buildings, including hotels, townhouses, apartments, a boutique lodge and conference centre, completed under the Hilton, Quay West, Intercontinental and Quadrant brands.

However, as stage one was being built, the global financial crisis hit and the developer, Kawarau Village Holdings Limited, was put in receivership. Developer Nigel McKenna was behind the project.

The receivers completed stage one, which included the Kingston West and Lakeside West buildings, but stages two and three were not completed and the land was later sold.

When the Kingston West and Lakeside West buildings were finished, settlement notices were issued to the purchasers. But by this point it was clear stages two and three wouldn’t be built, so the purchasers refused to settle.

The vendor wanted to cancel the agreements and forfeit the deposits. The buyers said this breached their contracts, so wanted out altogether.

The issue ended up in the High Court, which concluded the developers weren’t contractually obliged to complete the entire development.

The decision was then overturned by the Court of Appeal. The Supreme Court on October 6 supported its decision, concluding it was an essential term of the agreements for the developer to complete all three stages of the project.

It ordered the purchasers to be reimbursed their deposits, worth around $10 million. It also ordered they be paid $35,000 of costs.

All of the investors are from abroad - mostly Singapore and Malaysia.

One of the lawyers representing them, Phil Creagh, of Anderson Creagh Lai, says it was a “$50 million swing judgement” as the investors could either get back $10 million of deposits or be made to pay $40 million to settle the purchases.

Due to the case being fact specific, and the judgement being in line with previous decisions, Creagh says it doesn’t set any new legal precedents.

However he says this case highlights the importance of property purchasers getting their own lawyers and not relying on those sometimes recommended by developers.

“The very nature of that means that the selected law firm or lawyer that’s doing that work hardly has an incentive to be robust in terms of the contract terms. And the contract terms in Kawarau were very poor. That’s why the thing progressed through so much uncertainty and litigation,” he says.

Creagh notes the contracts were particularly vague, as being with overseas buyers, the developers could side-step the disclosure requirement of the then Securities Act.

“They deliberately didn’t sell anything in New Zealand at all,” he says.

“Of course, there was at that time a lot of money and wealth in Singapore as well, and Singaporeans were buying a lot of property.”

However Creagh warns that the Financial Markets Conduct Act, which has replaced the Securities Act, has created a regulatory gap.

“Unless it’s an investment product, the new legislation has wiped its hands of property co-ownership and is not interested in regulating those aspects. It’s no longer regulated under New Zealand law,” he says.

Notwithstanding the fact he has a vested interest in the matter, he maintains this makes the need for independent legal advice when buying off the plan all the more pertinent.

Furthermore, with the market turning in parts of the country, Creagh says: “I suspect we’ll see another round of people looking to challenge whether or not they have to complete transactions where developments aren’t completed per the contract.”

good luck trying to get a payout,.

Odds look pretty good actually, From paragraph 11 of the judgement.

"The deposits and accrued interest are held by a stakeholder pending the final outcome of these proceedings."

So a reduction in mainland Chinese investors in our homes may not have the result we would need.

Deposits should be held in a third party’s trust account (a lawyer or solicitor) so interest is earned on that money. Deposits cannot be used to fund the development, and most developments will only proceed once a certain number of units have been sold off the plan

My understanding is this process has been correctly followed in this instance, so the money is in a trust account.

Thanks - that answers Sharetrader's question - buyers will get their deposits back plus the interest earned towards the award of $35,000 costs

Why are we allowing this sort of development in the first place. Those apartments look awfully close to the water, do they exclude anyone else from the area. I am pretty tired of big, foreign money shutting NZers out o their own country. Hawaii of the South Pacific is what we will become at this rate.

More evidence of what could have been 90 potential foreign offshore ownerships.