BNZ's Tony Alexander describes new government's ban on foreigners buying houses as 'clever', and says it 'aligns NZ with the foreign buying policies of almost all other countries'

BNZ's Tony Alexander describes new government's ban on foreigners buying houses as 'clever', and says it 'aligns NZ with the foreign buying policies of almost all other countries' 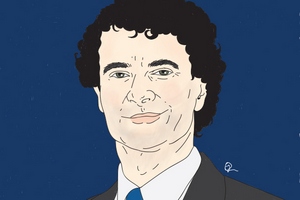 Prime Minister Jacinda Ardern this week announced that residential housing will be classed as “sensitive” under the Overseas Investment Act. Ardern said this means non-residents or non-citizens - aside from Australians- can't buy existing residential dwellings. She said the move wouldn't clash with the vast majority of New Zealand’s free trade agreements (FTAs), with the exception of Singapore's, which is up for renegotiation soon.

In his Weekly Overview Alexander said that, contrary to the denial by the previous National Party government that such a ban was possible, the new Labour Party-led government has "easily
found a way around" violating or renegotiating trade and investment treaties by simply reclassifying all residential land as “sensitive”.

"The legislation will be passed before the end of the year and means that while Kiwis and Aussies can buy what they want, everyone else who cannot attach a certificate proving they are a citizen or NZ resident is out of luck. They can of course apply for an exemption – good luck with that."

"The ban will take some foreign buyers out of the market therefore will take some upward price pressure away. This is a positive thing given the way NZ property prices have soared in recent years. It aligns NZ with the foreign buying policies of almost all other countries. And it is something I advocated before Labour adopted it as policy a few years ago," Alexander added.

"Will the change validate those forecasts floating around of Auckland house prices on average falling 13%? No. Demand growth continues to exceed supply growth."

However, he suggests the next couple of years will bring some "shuffling of property ownership" with  many investors selling because they can't find a developer to buy their land to build townhouses, they can't fund negative cash flows unable to be offset against other income in an environment when capital gains will prove elusive, or because they don't want the extra hassles for landlords coming via compulsory warrants of fitness, limitations on rent rise frequency, or increased notice for tenants to vacate.

Is Tony referring to the right country here when he talks of demand growth? When the construction bust fully takes hold, the sheer number of lost jobs and opportunities will cause an exodus via Auckland Airport. In my opinion, unregulated debt growth driven by greedy banks and speculators has now reached critical mass. Persistent falling house prices together with unwinding of QE will simply deepen a spiral of deleveraging. This will do more than just cause a "reshuffle". If 80% of all bank lending is now backed by property, it's one hard landing.

He was starting to talk sense for a change, until he said:

"Will the change validate those forecasts floating around of Auckland house prices on average falling 13%? No. Demand growth continues to exceed supply growth."

Yes, TA has always been of the supply / demand school of thought. It will be the basis of his education and institutional mindset where one of the most important skills is communicating what people want to hear. What is good to see is that he has toned down his smarmy communication style. I think that his employer probably had a word with him as his style does not necessarily fit with the brand values his employer wants to convey. He may possibly have been through a period of introspection.

yes, the 'simplistic' (non-Talebian) supply / demand school of thought (growth of new housing versus growth in population).
Median prices would have not dropped 4% in the last year, if he was right.

gee shucks...I've been wrong before and will be wrong again!
time will tell!

Don’t get carried away Fritz
Being better than Alexander is a low bar achievement !
By the way Taleb always believed Trump would win
He has a nice mix of socionomic thinking like Robert Prechter Jnr

Hahahaha. Those who demand housing have no way to afford housing at the current rate. So now that the speculation is removed from the market (investors, foreign property buyers), the market will begin to move downwards towards the equilibrium.

yes.
and working for a bank, you would think he would realise that even if people want or 'demand' housing, they will not necessarily get the funding to realise that demand.

Yes Fritz - what TA avoids is the quantitative tightening effect of insufficient liquidity freezing some out the market so eventually cash will be king again and prices for assets being sold forcibly will those that which the cash buyer or auctioneers sale sets which in turn will reset the borrowing level when liquidity returns. OBR is becoming a serious concern with the sale of covered bonds removing prime Bank assets from depositors assets available in a crisis or Bankruptcy of a Bank, the endgame looks increasingly ugly and probably bloody.

by the way, your artist has got the perm and the pompous smirk, just right.

I wonder if Geoff Simmons has read this after his politically motivated rant. Lol.

they could compare perms

Can we presume that an existing foreign owned property cannot be assigned in full or in part to another overseas owner?
If so the owner has just the one path which is to put it on the open market. In fact even subdivision could not be achieved while in the present ownership.

Use AML checks to catch these criminals and punish them with confiscation.

I don't know if these details have been thought about yet.

A govt stops foreign buyer and they are descibed as ''''clever''''.
A lot of other words could have been used whether in favour or not.

BNZ's parent company NAB is cutting 6000 staffs in the next two years.. Who knows, TA could be the next Mike Hosking on ZB

If either was as bright as their future, they would have retired while still ahead and moved on from spouting gibberish for a living, because they would have been rich as Croesus.....no need to work.

Yes it's not 'clever'.
Only obvious, and the right thing to do.

Well if its not clever what does that make National?

TA is rumoured to be the owner of quite a few rental properties!

How did we fall so out of align?

I’m not sure if people have been following what has been going on in Vancouver where prices have going up much faster than NZ. They introduced a 15% stamp duty in September last year on foreign buyers that just had a temporary effect on prices and condo’s are up something like 28% in the last year.
The rules in British Columbia are such that the money laundering rules are very slack and so it has had zero effect.
Banning “foreign buyers” is great headline stuff but unless you tighten up the legal loopholes(including money laundering rules) it is all a load of b****cks. Setting up Australian or NZ investment companies or acting through existing Aus/NZ residents as a nominee or agent through loan arrangements is incredibly easy if you have the desire to.

Surely they must be looking at directors and shareholders of companies and beneficiaries of trusts?

WOW, 27 comments from 15 different commentators, pretty much all of which think Tony Alexander is not very smart and that they know better. We are indeed very lucky to have such high intellect and skilled commentators on this site

Yvil, you beat me to it. I heard somewhere that the idea was to play the ball, not the man.