Things were a lot quieter at this week's main apartment auctions

Things were a lot quieter at this week's main apartment auctions 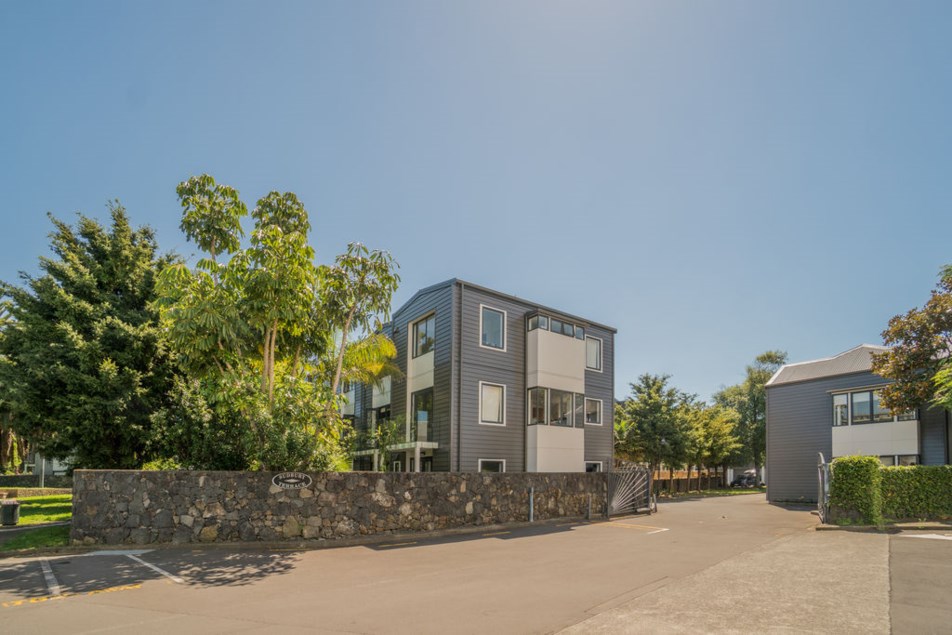 This three bedroom terrace house in Parnell sold for $300,000.

The bidding was a lot quieter at this week's main Auckland apartment auctions, with just one property selling under the hammer.

At Barfoot & Thompson's main apartment auction there was a mix of two apartments and two commercial properties on offer, but it appeared that most of those attending were there for the commercial units, one of which sold and one was passed in.

The two apartments on offer were both in what are regarded as quality complexes, but one of them didn't attract any bids and the other had just a single bidder, but both were passed in.

At Ray White City Apartments, five apartments were on offer this week.

Two of these were terrace houses in a Parnell complex that had recently been reclad.

Both had fairly new Code Compliance Certificates, but they were also on leasehold titles.

The first one to be offered attracted just a single bidder and was sold under the hammer for $300,000, while the second one in the same complex didn't get any bids.

A three bedroom Kingsland villa with a two bedroom sleepout that was also offered at the same auction was also passed in with no bids.

So out of the seven apartments offered at the main auctions this week, one sold under the hammer and the rest were all passed in for sale by negotiation.

Potential buyers are wising up to the growing glut of unaffordable dwellings and are sensing the growing vendor anxiety that there are no bigger fools. Unlike the 2015/16 years of folly, buyers are not confident current asking prices represent value. Prices will therefore remain under pressure.

I was nearly caught up with thinking was this TTP???

As long as the oscillation happens around the market fundamentals underpinned by demographic shifts in the growing population, markets will plateau before they go up.

Did I get that right? Don't want to be a DGMer.

You've forgotten to capitalise, solid.
It should be DEMOGRAPHICS and price OSCILLATIONS underpinning periods of CONSOLIDATION.
And...let us definitely not forget...
NOW IS THE BEST TIME TO BUY. PRICES IN AUCKLAND WILL ONLY GO UP.

Congratulations you have passed your RE License exam!

The sun goes down and the sun comes up again.

The sun goes down and the moon comes up but RP is still laughing all the way to Mars. LOL!!

DGZ reminder note to his future self. When market tanks, I must live up to my name, buy that one bedroom monolithic apartment in Remuera and then others will take me seriously ;-)

Keep up the savings program old man. If you aren't an old man your future self will very old by the time you can afford a box in the back of beyond

last time I saw a round moon was from back of the bus window.. No eyes, nose or mouth - just a huge crack!

NZ is no longer land of rising sun

The Auckland Central “box” apartment market did seem to lose its senses a couple of years back.

Quite what the point of it all was, or whether there was some other underlying requirement or necessity for those hoards in the auction room to buy I’m not really sure – but it all seemed far removed from any true fundamental value.

I do feel for any genuine FHB’s that may have got caught up in this.

I may well be wrong, but didn’t Mr Key once suggest this was the way forward for FHB’s to get on the magic ladder.

I know a fair few folk who have gone through the sector, including a few who have subsequently been exploited in hospitality in Auckland.

The market is showing true resilience, prices are holding well.

Anyone here snuck a peak at that Brit tv series where landlords literally slum it for a week in one of their own dwellings?

Yep NZ is different we are a global country where there are no slum landlords, all our landlords have angelic halos.

NZ sits in a different dimension and no one is greedy.l

Completely different, they've just had 30 years of buy to let, 10 years of the cheapest credit ever seen, tax advantages for buying and renting out houses, massive equity gains, an influx of foreign money buying up their houses, the lowest rate of home ownership in decades, a generation dubbed "generation rent" - there are absolutely no synergies whatsoever with NZ, none I tell you, absolutely none.

Yeah its just televisual clickbait where they've picked the very worst examples of landlords who are stupid enough to put their hands up for it. There are far worse landlords in the UK getting away with a lot more and far better landlords who are doing it properly. Still if it raises some awareness at the least then maybe its worth it. I also wonder if its some kind of reflection of a sign of the times, i.e. that the wider public is casting a more cynical eye at landlords generally, again not a bad thing if you ask me.

The apartment market will be first to nose dive. Alot are about to be finished and most are unaffordable to locals. Any news on the foreign buyer ban....very quiet on it labour?

If you haven't read anything about the foreign buyer ban, you haven't been looking very hard. And it is pretty funny to hear the demagogues complain about impending doom due to excluding a mere 3% of buyers.

I guess for some people Labour isn't their favourite "team", so if they aren't spoon fed minute by minute updates from Labour on the issues their favourite team failed to solve then it's an instant failure.

3% what a joke. No different here to Sydney, Melbourne or Vancouver where its widely reported at 20% plus. Which is why they implimented foreign buyers tax and new build purchases only. Keep your head in the sand though, its peaceful there. Check out smurfing tactics by chinese investors and the stagnation of auckland prices that coincided with China's capital flight laws clamp down.

Has the Questionaire form been fixed yet?

Agreed. 3% was a blatant lie by Key and and its the reason National is not still in Government as everyone knew it.