Just 119 properties up for grabs at Barfoot & Thompson's latest auctions, sales on 28% of them

Property
Just 119 properties up for grabs at Barfoot & Thompson's latest auctions, sales on 28% of them 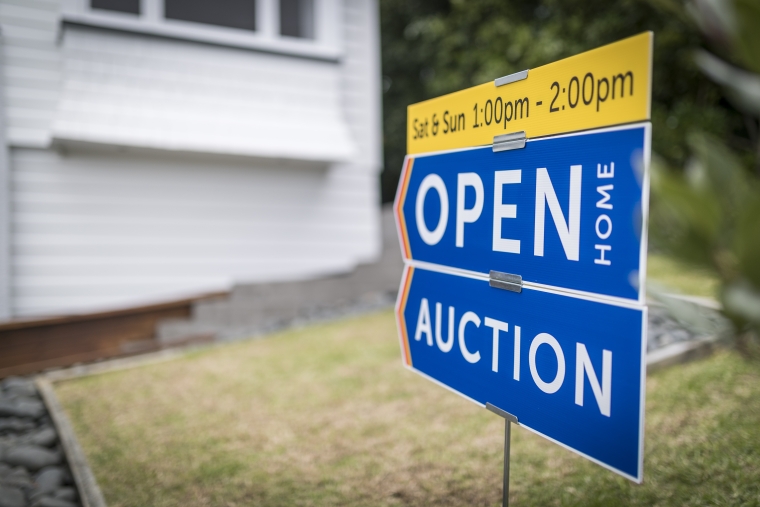 Auction activity is declining sharply at Auckland largest real estate agency as the Christmas break draws near, but the sales rate remains steady.

This week the agency has just 41 properties scheduled for auction.

However, while the number of properties coming to auction is winding down, the sales rate remains remarkably stable.

At last week's major auctions where at least 10 properties were offered, the sales rates ranged from 17% for the on-site auctions to 38% at the Shortland St auction on December 12.

This will be one our last auction reports for the year, with auction activity likely to dry up from the end of this week and auction marketing campaigns will start up in earnest again in the second half of January.

That means it is likely to be towards the end of January/early February before auction activity is at a sufficient level to produce further auction reports.

We will also be introducing some changes to our auction reports in the New Year.

These will include some new features, which we hope our readers will find useful, and we will also be looking at whether we need to make changes to the way we present the auction data.

There was some good debate among our readers in the comment stream of last weekend's auction story on how we could improve our auction reports and we appreciate the suggestions made by those who shared their ideas and experiences on this topic.

We would welcome any further ideas and suggestions our readers would care to make in the comment stream if this story.

19% Clearance rate for North Shore. Could've sworn I heard some say the Foreign Buyers Ban was going to have no effect.

Yes – a certain buyer group appears to have gone MIA.

Having to dust off “appalling” again.

However – it’s certainly not something an appropriate price correction can’t fix.

Yeah...Look at the end of the day I don't recall seeing many at all. I think ordinury niw zillunders know that the buyers are just ordinary tax resident students, mums and dads. Foreign buyers were akshully only about 3%. Now let's get on with the real issues like changing the flag to a white feather.

What happens on the closetted north shore of auckland has a huuuge, (thanks donald) effect on the rest of us, it's a barometer after all and "the regions will follow".
Watch https://youtu.be/9WsbOLin8qc ..... Merry xmas my friend

i have noticed a number of properties have their price expectation drop..

my trade me watchlist in a particular price range has seen a jump of around 25 properties in the last 2 days, even though there has been no new listing .. has been relatively stagnant since beginning of dec,

Thanks for the update, always interesting.

Cheers Ex Expat. you don't think the resignation of the Chief Economist of the RBNZ is any signal that maybe they might not have been particularly awake over the last 10 years or so. Leaders are dropping like flies at present. Ashley Church is on his way. JK jumped early. Watch for tony Alexander's retirement early in the New Year???

Housing market remains steady as she goes - which is the nub of today's headline.

But can't be too critical as we're going through a period of consolidation - and a stable/orderly market counts for something.

Define "steady".
If success rate is 5%, is that considered to be steady?

That's made me smile Greg... Gallows humour at it's finest!

thats quite a myopic view of the statement..

what about the 95% that hasnt been selling over a period of time (lets say 6 months), so with the unsold stock growing, is the market still considered 'steady'??

Sales rate “steady” but “market” and its underlying fundamentals – not so?

The article was about the sales rate at auctions held by one particular agency, not the total market. You are confusing the two.

TTP referred to the 'Housing market being steady', not Barfoots sale rate being steady.. and you responded with a statement to prove what is defined by steady...

20% sold now a success story in sales ?
Must be smoking wacky backy

it must be the season for rejoicing :)

Maybe its a glass of Rosé... and not the first?

Makes perfect sense. In 2017 NZ was the most unaffordable place in the World for housing. Now demand is no longer at its peak, and prices will fall. In my mind, significantly.

Still plenty of potential demand there – it just doesn’t have the same overall financial firepower as previous buyers – and equally may be more interested in buying an actual home rather than some of the more spurious reasons of prior participants.

So a necessary price adjustment to come as you suggest – significant or otherwise.

I agree with you Custard, at the moment, however demand will taper off, with an impending credit squeeze (symptomatic of market crashes that has been touted...). Then the market will get tested. Also seeing what happened in the Port Hedland, Aussie - properties dropped by over 60% from significant highs, as demand for the properties where impacted by a drop off of large mining companies demand for accommodation... The same can be compared with the foreign investment, which was the catalyst of these ridiculous prices... once thats gone, who in their right mind is going to take out a mortgage for $800k, let alone get the deposit of $160k...

Things for the home team are also getting tricky. They're trying to stop the news getting in and getting out. They're on Planet China. However, if it wasn't for China (& others) printing money 10 years ago we would have already had our moment of truth, and things would have settled down. Or would they? 'Reality sucks' my friend Richard always reminds me & he's right. Everyone will be sucking, some more than others, and we'll just have to suck it up. On the good news register, they're trying really hard to manage things in an orderly fashion, which is really decent of them.
How successful will they be this time?
Watch this space I suppose.

A house on a very small site (289m2) on my street went up for sale in Nov. I went through the house and I also attended the auction. There was only 1 bidder who bid $1.725 M. It was a B&T auction, they don't do vendor bidding so it stayed at that and was passed in. The next week it had an asking price of $2.175 M which, in my opinion was a lot too high given the tiny land size. It sold last weekend for an even $2.00 M

the property has gone unconditional?

Why, you wanna buy it?

too scared to answer the question!!!

Actually when I was at the B&T auction, I counted the "asian" faces and the "caucasian" faces for fun, I can't remember the exact numbers (each in the high 40's) but it was almost half and half. (of course asian faces can be Kiwis)

50% were buyers, 50% were interpreters or bus drivers.

Didnt sell at auction but it did sell. Good example why the auction stats are myopic and misleading.