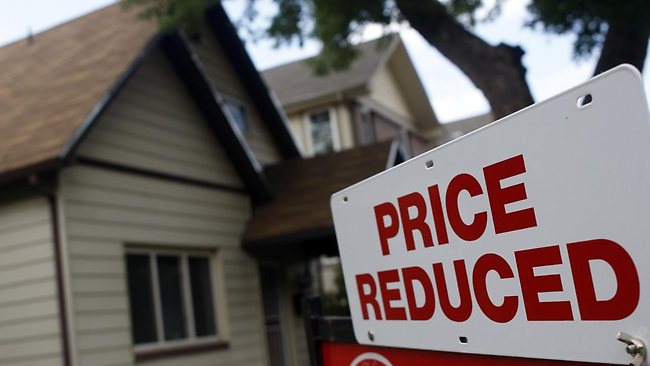 For the first time in more than five years, more people think it's a good time to buy a house than think it's a bad time to buy, according to ASB's Housing Confidence Survey for the three months to January.

However a majority of people (51%) thought it was neither good nor bad and 15% didn't know.

The percentage of optimists (those who think it's a good time to buy) has been rising in the last eight quarterly surveys, but the latest results were the first time that optimists have outnumbered pessimists in five-and-a-half years.

"The trend has likely been driven by a combination of slower house price growth across much of the country and favourable interest rate movements, as well as the perception that recent regulatory and tax changes are likely to dampen competition from property investors," ASB's economists said in their report on the survey results.

There are still more people who expect prices to rise than expect them to fall, but the numbers expecting price rises are declining.

And fewer people are expecting interest rates to rise.

"We currently project mortgage rates will rise by only around 100 basis points in the next three years, which is quite low compared to the historic norm.

"If economic growth, wage inflation and other inflationary pressures continue to underperform expectations, then interest rate increases could be even more gradual and milder,"  it said.

Here is the the full report.

One respondent, who only gave the name PropertyPrices2Fall, said it’s been a long time coming but finally the market has turned, Kiwi buyers will take back what’s rightfully theirs.

“Hahahahaha patience pays off ;), BLSH what do you have to say now mamas(sic) boy!!! Vendors must be fuming!!!!” he said.

A whopping net 1% thinks it is a good time to buy!

What a great headline. Interestingly, at the same time fewer are expecting prices to rise. It makes one wonder about people's definition of a good time...

On a related note, not a single person entered the ballot for a kiwibuild development in Waikato. Ouch.

https://www.newshub.co.nz/home/politics/2019/02/revealed-no-one-entered-... for thsoe that are wondering about the source.

To be fair.. its the ass end of nowhere, and buying off the plans. Of course no-one is interested.

"But wait, there's more: the first 10 buyers will get $5000 towards whiteware or furniture." Bribery by the developer.

is there any hope Twyford is smart enough to stop signing more kiwibuild contracts?

Good deal for the developer. Do a development where there is no demand (cheaper land), and get a guaranteed profit due to the kiwibuild government promise.

I didn't link the article as it is classic irresponsible media stuff. No discussion of why, writer interject personal opinions instead of reporting fact, considerable amount of the article about topic unrelated to the topic of no sales, etc. Not journalism IMO. I found more info about the development later via a quick Google search. Sad that the article writer couldn't be troubled to do any research.

Politicians can be incredible (literally), Twyford manages to respond to the remark that there hasn't been one single application by saying with a straight face:

"The demand is clearly there"

Hi pragmatist you call the waikato namely te kauwhata the ass end of nowhere as the reason for kb fail. Do you know there is a whole new lakeside subdivision being built in te kauwhata which is selling at prices lower than kb 650k. Good sized standalone homes. If it was me I would be looking at those ones.

If you think they are so great you should buy one..or two or three even. Fill your boots son.

EDIT: PS, the subdivision is where the KB homes are, and the KB homes are less than $650k.. Since they aren't in Auckland or Queenstown, they have to be below a lower cap.. $550k?

And yes, the ass end of nowhere.. pretty much exactly between Manukau and Hamilton. Either way, an hours drive to get somewhere remotely worth calling "somewhere".

"optimists (those who think it's a good time to buy) "
Optimism is a matter of perspective.
An optimist can equally be one who thinks 'it's a bad time to buy' because they see ( the root of the word!) prices falling further.
I....am an optimist.

Vested interest trying to pump life in a dead market.

Many countries are so ecenomically indebted to China thar not able to take independent decession in the interest of their country. China has been really succesfull in their policy. Money/Ecenomy power.

Countries which are not ecenomically indebted are shown muscle / military power.

This DGM government and its DGM Kiwis are due for an expensive lesson. The China backlash has just started!

One Belt, One Straitjacket!

You may well be right. The signs point to China showing its displeasure and I can only assume that this is primarily to do with Huawei. But,this or any other government, is bound to find itself between a rock and a hard place at some point. Historically and culturally,we are Western facing nation,but economically,we are increasingly an Eastern facing nation.
Our government,whatever its colour,facing a difficult balancing act in trying to avoid being squashed(terrible mixed metaphor) by one elephant or the other.Our membership of 5 Eyes is clearly of great importance to us,so what would we do if for instance,the US threatened to remove us from that if we were to allow Huawei to install our 5G network? What would your answer be?

Stuart, there's an app called "Grammarly", you might want to use it

You might find Stuart is dsylexic. And he's still done a better point of getting his message across than some on here, its perfectly understandable, even if the spelling is poor.

Perhaps play the ball rather than the man.

Oops this is a Dp. I'd blame TTP lol

This makes it difficult to determine whether the frequently repeated story of a single Oceania trend with several-month lags (Sydney-Melbourne-->Auckland-->NZ regions) is correct, or if there are truly different supply/demand conditions that apply to some (or most) NZ regions. Any thoughts about whether and for how long the regions can trend differently than Auckland (in both house prices and rents)?

Sitting atop massive property bubble - 'It's a good time to buy!'

Kind of matches the stats on here doesn't it ? Add up the numbers and only 17% interested in buying, the rest think not and some haven't a clue.

The headline sounds all too familiar with the spin in the media.

The survey may have included a large number of them!!

At or near the peak of any asset bubble, ask most people whether it’s a good time to buy and they will say yes, while sophisticated investors have bought long ago while assets were inexpensive, and are waiting for the next buying opportunity after the bubble has deflated, buying cheap and distressed assets.

Well if my rent went up 8.3% last year (Wellington), I'd be thinking of buying as well.

I'd get the hell out of Wellington. Completely overpriced for renting.

A dismal 23% expecting prices to rise. Melbourne and Sydney, wait for us!