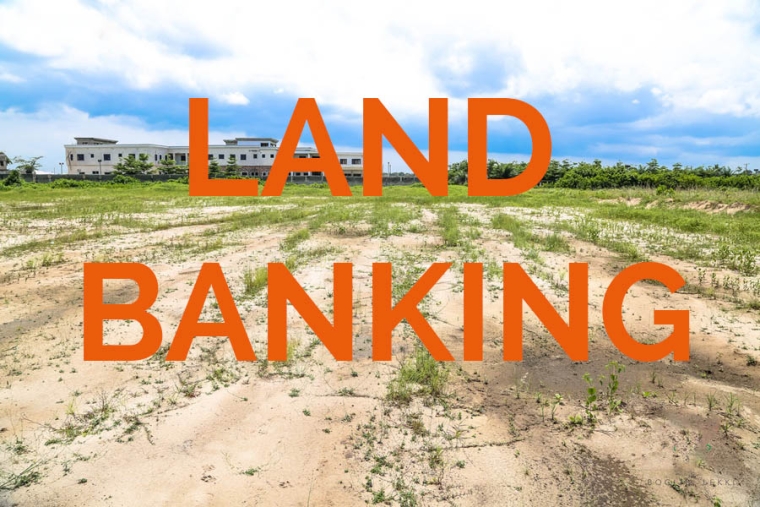 Whilst the Government has shelved a Capital Gains Tax, taxing land bankers remains on the table.

Finance Minister Grant Robertson says the Government will explore options for taxing vacant land, including as recommended by the Tax Working Group (TWG). Robertson says he has directed the Productivity Commission to include vacant land taxes within its inquiry into local government funding and financing and seek a review of the current rules of taxing land speculators as a high priority for the work programme.

“The final [TWG] report covered all aspects of the tax system, and a number of the recommendations will now be considered for inclusion in the Government’s Tax Policy Work Programme,” Robertson says.

“That includes exploring options for targeting land speculation and land banking. We intend to direct the Productivity Commission to include vacant land taxes within its inquiry into local government funding and financing,” Robertson says.

Meanwhile, Revenue Minister Stuart Nash says government officials have been directed to prioritise work on the TWG’s recommendations "on ways to encourage investment in significant infrastructure projects and improve the integrity of the tax system to crack down on tax dodgers.”

In its final report the TWG said a suggestion by the New Zealand Superannuation Fund, of tax incentives for investors in nationally significant infrastructure projects, has merit.

"The New Zealand Superannuation Fund [NZSF] has suggested the use of a limited tax incentive to spur investment into Government-approved, nationally significant public infrastructure projects that would benefit from unique international expertise," the TWG report said.

"NZSF suggested that investors pay a concessionary rate of 14%, i.e. half of the current company rate of 28%, on profits made in New Zealand from qualifying projects. Qualifying investors would need to have a demonstrated capability to deliver world-class infrastructure projects, they would also need to bring expertise that is not ordinarily available in New Zealand and commit that expertise to the delivery of the infrastructure."

"NZSF’s suggestion has merit. The Group recommends that the Government consider the development of a carefully designed regime to encourage investment into large, nationally significant infrastructure projects that both serve the national interest and require unique international project expertise to succeed," the TWG says.

The TWG also recommended giving favourable consideration to the NZ Super Fund from NZ tax obligations. The Government says it will consider this for inclusion on a work programme, "noting the significant economic and fiscal implications associated with this proposal."

The final report from the Michael Cullen chaired TWG said the NZ Super Fund being taxed is unusual from an international perspective given government investment funds in other countries are not generally taxed. Additionally the TWG points out the NZ Government’s other large investment funds, being the investment fund of the Accident Compensation Corporation and the Natural Disaster Fund of the Earthquake Commission, are not taxed. The NZ Super Fund argued in a submission to the TWG it should be tax exempt, pointing out it's the only sovereign wealth fund taxed in its home jurisdiction. In a Double Shot interview with interest.co.nz last October NZ Super Fund CEO Matt Whineray said "it's an anachronism" for the NZ Super Fund to be taxed.

Last May the NZ Super Fund made an unsolicited approach to the Government on the proposed Auckland light rail project in partnership with Canada's Caisse de depot et placement du Quebec, which is developing and building the Montreal light rail network. In the interview with interest.co.nz Whineray also talked about the idea of tax concessions for investors in nationally significant infrastructure projects. He said the idea was that such a regime would "level the playing field" for mobile international capital given other jurisdictions have similar regimes in place.

Well, just ask 'em to read the Rating Act 2002. As Donald Ellis (much missed) once said, differentials could conceivably be based on the colour of yer letterbox. Which segues neatly into a Taj Mahal classic

Yep, piece of cake, walk in the park, a no-brainer really. All LAs have been waiting for is the call from the top, so as not to be seen as the 'bad guys' with respect to their local land-banking mates.

How is this going to work with industrial players who do land and build packages for things like warehousing and commercial property (I'm thinking Calder Stewart et al.)?

The target will likely be land zoned residential. You are talking about land zoned industrial.

Simply require local government to rate on land value only (not capital or improvement value), & hey presto we have a land tax & would drive the efficient use of land.

At the same time the RMA would have to be fixed to remove the density restrictions.

Well yes, I believe LV is generally more equitable, but to improve on that, and generate even more rates dollars, whilst at the same time encouraging development - vacant/uninhabited residential zoned land ought to have an additional differential applied as well.

Hmmm. An additional marginal tax on vacant land would be punitive & not necessarily economically efficient.

I hope the productivity commission and government doesn't go down this track alone - i.e no changes to the freedom to rate on land or capital value.

If the land is vacant and zoned for more intense use it would attract sufficient rates (assuming local government forced to tax on land value only) to increase the holding cost without going to the extent of a punitive vacant land tax. The owner would either develop or on-sell to someone that would develop.

The difficulty I have on a punitive vacant land tax is that we also need to consider the situation where there is too much zoned land. This happens when an area is first rezoned, could happen if NZ's population growth rate turned negative, or could happen in smaller cities with falling populations.

If the vacant land tax is levied under the Ratings Act as a differential rate, then only council's with too little residential zoned land need apply it, and even within a single LA, they can differential only certain geographically defined areas. The Ratings Act tools are so flexible such that the punitive tax need only apply where land in high demand is not being put to its optimal use. I'd even go so far as to consider a differential rate for existing dwellings in high demand areas that are unoccupied for extended periods of time. Very easy to monitor when there is a water meter installed. Point being, we've seen the effect of 'ghost houses' in overseas jurisdictions. Might as well start thinking about it in places where we have chronic shortages of rental properties. Have house - must occupy.

Yep , need to take attention away from CGT fiasco , quick ..

Stone, I require your blood. Growth must be maintained at all costs - extinction included.

Nobody will be allowed to sit on land and let it fallow - the push for growth is getting into the last little corners. The end-game approaches.

Yawn....
Yet another inquiry. It's death by inquiry.

Vacant land tax to cut down on speculation and spending the tax on infrastructure is exactly what is needed. If this is administered by local government though, it will be open to lots of loopholes (for instance, if there is a resource consent process for a tiny house on 2ha of inner city land, it may be exempt because it is in resource consent. Land bankers could argue it is local govt holding them up, hence they escape the tax).

Absolute madness that the super fund pays tax on its change in value. The $$ going into this fund have already been taxed. In addition the future superannuation commitments are really high and not likely to be met - we NEED this fund to compound, else we will just be paying more money later. Classic short termism from consecutive stupid governments.

Not just a small ring around each city.

This collapses the price. Problem solved.

We've been doing that for two centuries at exponentially increasing rates, just if you hadn't noticed. And we've run into the Limits to Growth - which you won't have noticed because nobody in the information-providing game is choosing to tell you. The current crop of global infrastructure, never bigger and all aging, is unsupportable even now - yet we get these inane comments suggesting there is no limit, or at least, none are being considered.

Oh I should have prefaced my comment with "Keep population growth to 0 OR..."

But of course we don't even have that debate. We just keep increasing the population as fast as we can.

So... given that we are importing every man and his dog into NZ, then my argument holds.

There is an argument to be made that the land value increase when land is zoned residential the increase in value largely reflects the investment into the infrastructure that supports the new properties. This includes everything from the motorways to the library. As such the government and municipalities are entitled to a large part of the value increase when land is zoned residential. I would be happy if the authorities aquired all affected land at agricultural land values under the public works act, developed through a Transit style tender process and sold the sections at a very modest profit.