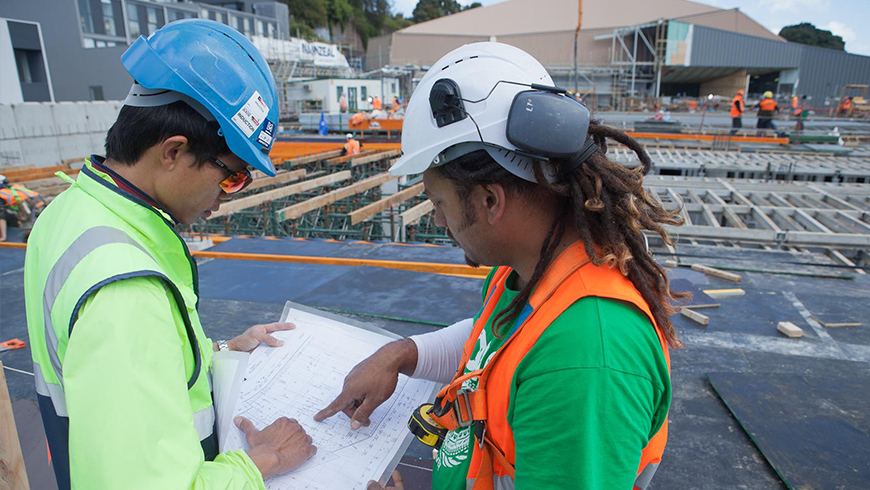 Changes to the Building Act are being welcomed by an industry lobby group but it says building product importers need to be hit harder in the reforms.

“It’s welcome and we’re keen to see some of those changes come into effect,” Leys says.

But he says since the rebuild in Christchurch following the earthquakes in 2011 things have changed in the industry.

“We’re seeing more and more [building] products being brought into the country that don’t necessarily meet the standards of the New Zealand Building Code and CodeMark,” Leys says. “Establishing the liability of the importers is next to impossible.”

He says the law changes need to include such parties.

“In the product assurance part of the act they talk about manufacturers and suppliers of building products, but we want to include importers as well as a lot of these products are being brought into the country from overseas.”

And he says there should also be clear obligations and responsibilities for designers who designate and use the building products.

“The other thing that we said was that under the proposed amendments the regulator (MBIE) has the ability to create a list of approved products and we’ve said we think that should be updated annually. And they could have a specialist advisory panel working with MBIE to then review and recommend which products should be on the list and that way we would get a better standard of compliance,” Leys says.

Under the changes product manufacturers and suppliers (including importers) would have to provide publicly accessible information about their products, including the scope and limitations of their use and maintenance requirements.

They would also create an explicit responsibility on manufacturers and suppliers to ensure products were fit for purpose. While builders and designers would have to ensure that the building products and methods used will result in building work that complies with the code.

The Minister for Building and Construction Jenny Salesa says the Building Act amendments represent the biggest change to New Zealand’s building laws in the past 15 years and are designed to address long-standing challenges in the construction sector.

A Ministry of Business, Innovation and Employment (MBIE) discussion paper on the changes says that under the existing legislation building product manufacturers and suppliers are not obligated to provide information about their products.

But MBIE wants the law to be explicit that manufacturers and suppliers are responsible for ensuring consumer goods are fit for purpose, as existing consumer law doesn’t cover this in all circumstances. It also wants it to clarify that builders can’t use different products or methods to those specified in the building consent without an appropriate variation to the consent.

MBIE also wants greater powers so it can require people or companies to give it information to inform any investigation on building products and methods.

I've already submitted information to one organisation in relation to the changes. I will be following up with my own submission on a number of issues as this is only one of many.

Besides the other items I will suggest adding clarity around this change. Where a product has been defective there are usually other issues associated with it which may include specification or installation issues. However I suspect that the primary responsibility lies with defective products.

A common topic that some commentators raise is the cost of construction materials. Note that this will further close the door to products that lack testing or certification. In the most simple terms this means increased materials or construction system costs. This will hurt the end consumer in terms of costs, but we may see an upside of less defect claims which are very costly to remediate a lot more costly than the additional material costs.

No doubt people will have many comments to make however the one thing that will have an impact is to make submissions during this process.
https://www.mbie.govt.nz/have-your-say/building-system-legislative-refor...

Maybe we should remove the insistence that everything imported into NZ MUST have a special special NZ compliance certificate and instead allow importation of products that already comply with other recognized international standards, thus companies that want to sell into our small market won't have to go out of their way for special compliance testing if they've already met the same (or more rigorous) standards overseas.

Something I've discussed before and may make a submission on is why do all buildings need to meet the building code? We could have a class of cheap to construct buildings that are not intended to lengthy (50 year) lifetime. Then the compliance expectations would be much lower. If the building fails or becomes uninhabitable then knock it down and replace it.

Some of the issues is that many products are just commodity products rather than a technical product. If they don't comply with anything overseas they aren't going to comply under your suggested approach either. It's very common for products information to end up on my desk that is completely useless from any perspective.

It looks like the building material suppliers are predictably using this as an opportunity to increase their monopolistic strangle hold on the market by promoting the erection of even more non tariff barriers. Already these push prices in NZ well beyond those in overseas countries.
The government should be doing all it can to open our markets to as wide a variety of sound suppliers by drawing up a list of international building material standards that are permitted in NZ. Given the shocking failures that have occurred within the NZ BRANZ regulation system (noteable leaky buildings etc) we can hardly hold to the belief that our standards and regulating bodies are superior to the large overseas standards bodies. (the reality is that BRANZ et al appear to be more about protecting the NZ's industries patch and furthering their interests.)

I would not trust any products made in China. NZ is a wet, salty and windy place.

How about the US or UK?
My gut feeling is that having super expensive NZ products just makes builders cut corners more. If building materials were a lot cheaper, it would make sense to use better stuff. For example I’ve been told in the US they only use 13 mil gib because it’s just so cheap why bother with the weaker 10 mil stuff we use. They also put a layer of ply under their weatherboard which makes their houses much better structurally and weathertight - we don’t do that here because BRANZ approved ply is probably 3 times the price.