Stephen Roach et al. call on China's leaders to leverage their partnership with Russia to stand up for peace in Ukraine

Public Policy / opinion
Stephen Roach et al. call on China's leaders to leverage their partnership with Russia to stand up for peace in Ukraine 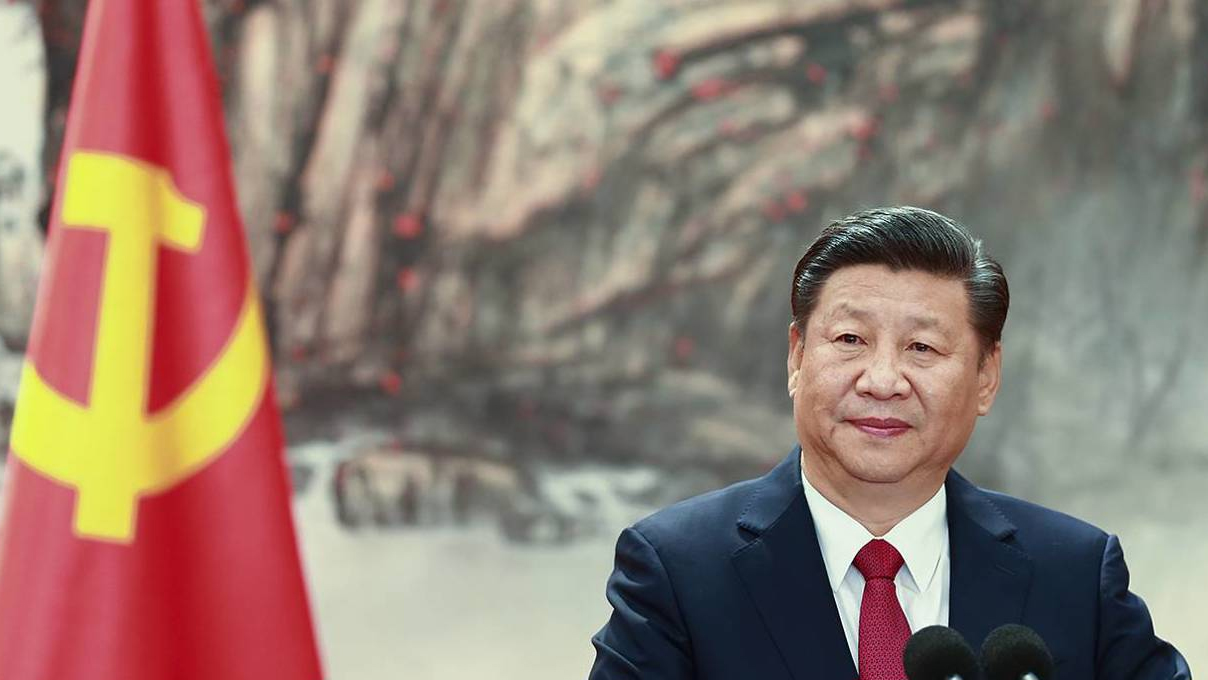 The war in Ukraine is pushing the world ever closer to an existential crisis. The lessons of the twentieth century and its ghastly world wars have been lost on today’s leaders. The peace dividend of the Cold War has been squandered. Two superpowers – the United States and the Russian Federation – are on the brink of an unimaginable military confrontation. The momentum of conflict escalation threatens to become inexorable, and the risk of a nuclear miscalculation can no longer be ignored.

China is in a unique position to bring Russia’s brutal attack on Ukraine to an end. As the world’s second-largest economy with aspirations of national rejuvenation and global leadership – both elements central to the “Chinese Dream” long espoused by President Xi Jinping – China has two critical advantages as a potential peacemaker in the Russo-Ukrainian War.

First, it can rely on its own core principles. Since the days of Zhou Enlai in the 1950s, China has stressed that its foreign policy has been guided by the Five Principles of Peaceful Coexistence. These include mutual respect for sovereignty and territorial integrity, non-aggression, and non-interference in other countries’ internal affairs. Russian President Vladimir Putin’s assault on Ukraine is a flagrant violation of these central values. The debate is not about the supposed rationale for Russia’s unilateral action – NATO expansion; it is about the risk the war in Ukraine poses to world peace. Chinese principles offer a clear lens to put that debate into perspective.

Second, China has the advantage of partnership with Russia. At the February 4 opening of the Beijing Winter Olympics, Xi and Putin signed an expansive agreement that underscored their joint commitment to a “New Era” of international relations. By stressing that “friendship between the two States has no limits,” Xi and Putin spoke of cooperation, not confrontation, between major powers. The war in Ukraine has turned that commitment inside out. With a rapidly weakening Russian economy now isolated from the world, its unlimited reliance on China takes on special significance for both countries. Russia’s GDP is no larger than the combined economies of Belgium and the Netherlands. That makes it all but impossible for Russia to sustain a major conventional war, even if it does receive the Chinese military assistance it is reportedly seeking.

First, Xi should call for an emergency summit of G20 leaders, focused on achieving an immediate and unconditional ceasefire in Ukraine and developing an agenda for a negotiated peace. The G20 is now the recognised forum for global action in the midst of crisis. It came of age in late 2008, galvanising support among the world’s leading economies for a coordinated response to the global financial crisis. With both China and Russia as G20 members, it can do the same today.

Second, China should take the lead in contributing to humanitarian assistance. With children comprising at least half of the more than three million refugees from Ukraine (a number projected to rise quickly to at least four million), the need for humanitarian support to neighboring host countries is unquestionably acute. China should make an unconditional matching donation to UNICEF, the world’s largest relief agency for children. Whatever the world gives to support the war’s most innocent victims, China should match with a similar commitment of its own.

Third, China should take the lead in supporting Ukrainian reconstruction. Russia’s increasingly indiscriminate bombing campaign has destroyed a significant portion of Ukraine’s urban infrastructure. The United Nations Development Programme currently puts war-related infrastructure losses in the $100 billion range, a figure that will undoubtedly rise in the days and weeks ahead. Rebuilding will be an urgent yet very burdensome task for a country that in 2020 ranked only 120th in the world in terms of per capita GDP (on a purchasing-power-parity basis).

China should use its peerless focus on modern infrastructure to provide a considerable portion of dedicated post-conflict reconstruction in Ukraine – including but not limited to the infrastructure-related activities of its Belt and Road Initiative (of which Ukraine has been a member since 2017) and the China-led Asian Infrastructure Investment Bank. Just as the US took the lead in supporting a Marshall Plan for European reconstruction in the aftermath of World War II, China can do the same in Ukraine today.

China, alone, cannot resolve the fundamental disagreement that sparked the Russo-Ukrainian War. But it can provide structure and commitment to the process of conflict resolution. Through the new partnership agreement between Xi and Putin, China has far greater leverage over the Russian Federation than any western sanctions have been able to achieve. And its Five Principles of Peaceful Coexistence allow it to bring its ideals to bear at a time of grave crisis.

In the past 40 years, no country has benefited more from globalisation than China. Those benefits work both ways. As Putin’s appalling war drags on, taking the world closer to the abyss, China has a unique and urgent opportunity to demonstrate global leadership. Xi’s cherished Chinese Dream, and the dreams of us all, are at stake. We need leaders who will stand up for globalisation, for world peace, and for humanity.

Please click here if you wish to endorse this commentary as an open letter to China.

Stephen S. Roach, a faculty member at Yale University, is the author of Unbalanced: The Codependency of America and China (Yale University Press, 2014) and the forthcoming Accidental Conflict. Paul De Grauwe is Chair of European Political Economy for the European Institute at the London School of Economics. Sergei Guriev, a former chief economist of the European Bank for Reconstruction and Development, is Professor of Economics at Sciences Po. Odd Arne Westad is Professor of History at Yale University. Copyright: Project Syndicate, 2022, published here with permission.

Ukraine has descended into a chaotic urban war of attrition. Regardless of the eventual outcome Russia’s image as a supposed super power has descended with it, and a lot further. This is Putin’s adventure, misjudged and vainglorious, but Russia will stay with it in Ukraine as long as Putin is in charge of Russia. Even if China joined the West 100% in condemnation & sanctions, Putin will continue because of his own belief in his infallibility, and like the old monarchs, his given right to rule. As well, Putin knows that, like his predecessor Khrushchev, a failure & backdown, will be the end of him,

I fear your comment is true. The citizens of Russia are being given a particular point of view (and any other point of view is "fake news") . It makes it simple for Russians - unless you are of conscription age.

It's not as if western media is any different in that regard.  There is only one particular point of view allowed, and a Russian point of view is fake news or misinformation.  As this article makes very clear, the western point of view is no longer the only important opinion in the world.  China and India are both getting closer to Russia.  I'm sure there are many countries in the world interested to hear Biden call Putin a war criminal for invading Ukraine, the rest of the world is not so forgetful or naive to see the hypocrisy on display by the US.

The US as for years been pushing Russia and China closer together while engaging in wars of adventure all over the globe.  You reap what you sow but I don't expect this harvest to yield much wisdom for the future.

The problem is that countries are at different stages of development. The Western countries have been through periods of expansion and violence. For example the relationship between the UK and Ireland is similar to that of Russia and Ukraine.

I think this is a false equivalency. Putin is trying to recreate the "Russian Empire" - that is in the past - the past is in the past. I doubt the UK has any intention of invading Ireland. Yes you can argue that  the relationship between the UK and Ireland is complicated ( most complications are due to perceived grievances - real of imagined)  Putin needs to accept that Ukraine does not want to be part of a "greater Russia" and that the borders of many countries do not neatly dissect  ethnic boundaries

Countries do change. Scotland was Pictland until an Irish tribe called the Scots colonised about 1000 years ago - quite peacefully to.  France is named after the Francs who were a German tribe and a few Gaulles remain in Brittany which in turn is derived from Britain! England is named after settlers from Germany. Hungarians came from the Urals, Romanians from ancient Rome, Turks from central Asia. Taiwan is derived from an indigenous word meaning foreigner - now 98% are those 'foreign' Han Chinese.

Consider New Zealand with its English spelling of a Danish name. 200 years ago it was clearly Polynesian, 150 years ago the vast majority were English or Irish (both being part of the United Kingdom at that time), now rapidly changing and if extrapolated will be end up ethnically Indian and Chinese but most likely to remain proudly Kiwi. Similar to Greece which despite its history claims direct lineage to ancient Greece.

More recently Yogoslavia is fresh in the minds of most Russian, South Sudan is also a new country, Turkey owns part of Cyprus that Greece also supposedly owns.  Borders are not as fixed as most people think.

Doubtlessly both president's Xi and Putin are patriotic to their core but they have both been in supreme power, surrounded by lackeys and with critics silenced for too long. They both confuse what is good for their country with what is good for themselves.  Both of those mighty powers would be better led by someone like Andrew Little.

Has this article appeared before?

From what I can see, Chinese media support Russia, not Ukraine.

Calls for China to mediate in this invasion came early. After 4 weeks, the news is whether China will aid Russia in avoiding sanctions.

This article is outdated.

We are/were already in an existential crisis or two. First and always foremost, climate change, if nothing else gets us, that will, a pandemic which will change things forever (even if there isn't much forever left), now war, which might just hasten the inevitable, which is looking more and more inevitable, because we simply can't be a*5ed doing something about it.

Amazing how people can't realise that Xi is far worse than Putin and yet he's allowed a worldwide audience to preach his ideologies whilst committing atrocities in his own land.  Don't ever forget how these 'cheap' chinese products are made and by whom.