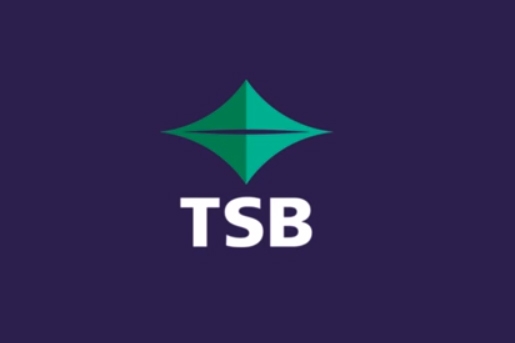 The Reserve Bank says it's "finalising enforcement action against TSB" over alleged non-compliance with the Anti-Money Laundering and Countering Financing of Terrorism Act (AML/CFT Act).

For its part TSB says it's "actively remediating" problems with its programme to comply with the AML/CFT Act that were identified by the Reserve Bank. TSB says civil legal proceedings could stem from discussions with its regulator, and it has made a provision to cover a potential liability.

Interest.co.nz reported last December that TSB was working on its anti-money laundering programme after areas requiring improvement were identified. A dedicated programme of work was established to undertake remediation, TSB said at the time. This followed TSB copping a formal AML/CFT Act warning from the Reserve Bank nearly four years ago.

Now the bank has shed more light on the issue. In its annual report, out on Thursday, TSB says it's continuing to actively remediate the AML/CFT issues identified by the Reserve Bank and is providing regular updates to the regulator on its progress.

"A provision in respect of a prospective liability has been made. Given the ongoing nature of the discussions with the Reserve Bank, further detail on this will be disclosed upon completion. The alleged breaches relate to the Bank’s obligations under its risk assessment and compliance programme. It is not alleged that any money laundering has occurred through the Bank."

Under the AML/CFT Act the maximum pecuniary penalty for a civil liability is $200,000 for an individual, and $2 million for a body corporate or partnership.

'Neither customers nor their money have been put at risk'

Interest.co.nz asked TSB a series of questions. These included; What the specific areas where improvement is needed and is being made are, what's the value of the provision TSB has booked for this issue, by when does TSB anticipate knowing whether the bank will face civil proceedings from the Reserve Bank, and how long have the AML/CFT programme issues been in existence, and when and how did TSB become aware of them?

In response a statement from a TSB spokeswoman, quoting chairman John Kelly and CEO Donna Cooper, says the AML/CFT issues relate to TSB's internal policies, procedures and controls. Neither customers nor their money have been put at risk, TSB says, reiterating that it's not alleged that any money laundering has occurred through TSB.

“TSB acknowledges that it has needed to address some areas of its AML/CFT compliance and confirms that a significant programme of work has been in place for some time to achieve this. Growing TSB’s risk maturity is the Bank’s number one priority and the Board has supported additional investment to enable that. We are treating the issue seriously and are committed to co-operating with the Reserve Bank to ensure we make significant improvements to address the issues,” says Kelly.

"TSB is involved in constructive discussions with the Reserve Bank on this issue and as a result, is not in a position to provide any further detail at this stage."

Interest.co.nz also asked a Reserve Bank spokesman some questions. These included; What are the areas of concern with TSB's AML/CFT programme, how and when were these issues discovered, and how long has there been a problem? We also asked whether the Reserve Bank is taking legal action against TSB, and if so, what penalties it would be seeking.

The Reserve Bank spokesman notes the regulator issued a formal warning to TSB in November 2016 in relation to failures to review and update its risk assessment under section 59 of the AML/CFT Act.

"Following an on-site inspection in 2019, the Reserve Bank is currently finalising enforcement action against TSB for alleged compliance failures relating to its AML/CFT programme and risk assessment required under the AML/CFT Act 2009. The potential action relates to alleged compliance failures under the AML/CFT Act, rather than any concerns relating to the soundness of TSB," the Reserve Bank spokesman says.

Cooper, who took the reins at TSB in July 2018, says TSB is increasing its investment in resources and expertise "to advance the Bank’s maturity with reporting, control testing and assurance."

“This programme is our biggest priority. We are implementing effective solutions to address these issues, and will continually challenge ourselves to improve, so we keep delivering great outcomes for our customers and communities,” Cooper says.

Meanwhile, TSB's March year net profit after tax fell $14.2 million, or 32%, to $30.8 million from $45 million in the 2019 March year. The drop came primarily due to an increase in expected loan impairments due to the economic impacts of COVID-19. The bank's credit impairments surged $19.9 million year-on-year to $20.4 million.

Cooper says after a strong first half of the financial year, TSB was tracking for an annual result in line with 2019.

"However, an increase in expected loan impairments due to the economic impacts of COVID-19 have significantly impacted the full year result. Our operating environment has changed rapidly and significantly and has had a clear impact on the Bank’s financial performance. Having said that, TSB’s funding and liquidity positions remain strong and our capital levels are well above those required of us by our regulator," Cooper says.

*This article was first published in our email for paying subscribers on Thursday. See here for more details and how to subscribe.

A great bank doing a great Job and cleaning up the Australian banks.
NZ needs you more than ever TSB.

Completely agree - couldn't be happier with them for personal banking and home loan.

Seconded - absolutely happy with their service.

It took them 3 months for them to open a cheque and savings account for me.

Because you tried to contact them via web? I agree their website hasn't been ideal.
Walked in on a Saturday and even though they said appointment was expected, the lady was free and opened accounts in a few minutes, no minimum deposit. People working there are nice and even gave me brand new notes when I asked.
They seem to be the best NZ bank, co-operative is a joke.
Only annoying thing is I haven't won a car, yet.

Interesting. Yes, I applied to open the accounts online/ did AML online. I was contacted pretty quickly initially but the accounts took months and a number of telephone calls from me chasing them. Every time I was told the person was away/out to lunch and they didn't ring back. Perhaps I should have tried the old school way of going into the branch!

I had a similar great experience when I opened my accounts with TSB last year and again when I requested them to add my wife as a joint a/c holder. All done very quickly and very efficiently. Have moved some funds out of other bank account to TSB. Very happy.

Unfortunately I believe there is an attempt to crush the smaller banks who we need desperately. Consolidating the power of the banking sector... I hope the rbnz is not assisting...

not just smaller banks, but nbdt. the rbnz is only interested in the big 5 banks. if you are not part of that club then they just want to crush you through legislation.

No matter the size of the organisation they have to follow the same rules. AML/CFT has been in place for some years now so banks should be meeting all of their commitments in the course of normal business.

yes same, rules. however smaller operations tend to have a much more narrow focus. i.e. reduced risk or exposure to certain activities. it is also the case that the big 5 dictate what the rules/focus/compliance areas are on and then it filters down to smaller operators that do not share the same risk profile. it is all going to fall over and create moots for the big banks to be the only option. it's a shame, i cannot see building socialites or credit unions being around in 10 years unless they all consolidate into one entity. the rbnz is complicit in this. adrian orr is out of his depth

Make sure you are wearing your tinfoil hat....

The obligations that TSB are allegedly in breach of are the same obligations as for real estate agents, lawyers, accountants and and advisers. Surely TSB are far better resourced to deal with these obligations then your small neighborhood accountant?

Great service and easy to deal with..highly recommend! (But stick with the big 4 Ozi banks if you like but don't complain about them and the money we send overseas.)

Are there any tangible advantages you've gained by being with TSB other than good customer service?? Looking to swap over

When we cut over to them 6 years back they had the best mortgage rate on offer, and they still seem to be competitive today.

That aside, not seeing $$ heading offshore is a big thing for me.

The issue in being a small challenger bank is that many of the regulatory requirements are fixed regardless of balance sheet size. So being small means you struggle with the resourcing, skills and technology required to be compliant. You need scale.

The most import thing with TSB is you can trust them with your money unlike the Australian banks.
They may not get it right all the time but they are honest people running the bank and they will always sort it out.
Hard to fine this in the corporate world.