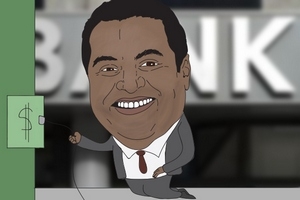 Commerce and Consumer Affairs Minister Kris Faafoi has signalled his support for a principle of reciprocity to underpin open banking.

He says a safeguard for banks engaging in open banking could be for them to require the third parties they share their data with to reciprocate by likewise sharing some of their data.

“Leaning heavily” on work Australian regulators have done on open banking, Faafoi says “a similar safeguard would be good here”.

The purpose of enabling financial technology firms to essentially sit on top of banks’ infrastructure to carry out banking services like payments and budgeting, is to increase competition.

However, the UK-based financial services consultant, Dave Birch, is among those concerned open banking will be lapped up by the incumbent tech companies, rather than the local start-ups.

His fear is it will give the likes of Google, Amazon, Facebook and Apple more muscle, creating an even less un-even playing field, as they could end up with more data on their users than banks have on their customers.

Yet having met with Scott Farrell, who chaired the Australian Government’s review into open banking, a couple of months ago, Faafoi says: “Their [the big tech companies] traditional stance has been to hold their data extremely close to their chests.

“So the assumed – and probably somewhat informed – opinion across the Tasman is that the likes of Google and Facebook would fundamentally be opposed to the reciprocity principle there, so [would] not necessarily want to get involved in open banking.”

Faafoi admits he doesn’t know this for certain, but imagines a principle of reciprocity might also prevent the big tech companies from taking part in open banking “in any major way” in New Zealand.

Faafoi is waiting for the bank-owned organisation, Payments NZ, to come back to him with a framework or set of standards for open banking. If he isn’t happy with what the industry does on its own volition, he will regulate.

The company Jude, founded by Ben Lynch, formerly of Xero, is an example of this. Jude’s proposition is to be a one-stop shop (or mobile phone app) that people can use to manage their bill payments, KiwiSaver, peer-to-peer payments, and so on.

While Lynch is still trying to get banks connected to Jude, he’s working with local power companies, phone companies, KiwiSaver providers, etc whose services New Zealanders use – something an international tech company might not have the inclination to do.

Asked how New Zealand can regulate the giant tech companies when it comes to data sharing, Faafoi says his “genuine answer” is “question mark”.

“If you look at what’s happening in the media at the moment, regulating both Facebook and Google in terms of advertising and the effect they’re having on the media shows you just how much of a detrimental effect that those sites can have.”

Some of Faafoi’s comments have been included in this open banking themed episode of Two Cents' Worth – a RNZ/Newsroom podcast Jenée Tibshraeny is a presenter on.

This makes an assumption that the data the bank is sharing is owned by the bank, and that the other party (Xero, etc) owns the data they would be providing in return.

The bank's should not have the ability to pull information from my third party accounts without my explicit, direct consent - not a consent that sits in the bottom of a privacy agreement.

Great I can't wait to share my data with everyone. While some nations are aiming to secure their citizens data (e.g. the GDPR rules) Mr Faafoi over here wants everyone to have my data.

Looks like you bought a pregnancy testing kit from countdown bilbo, sorry no mortgage for you.