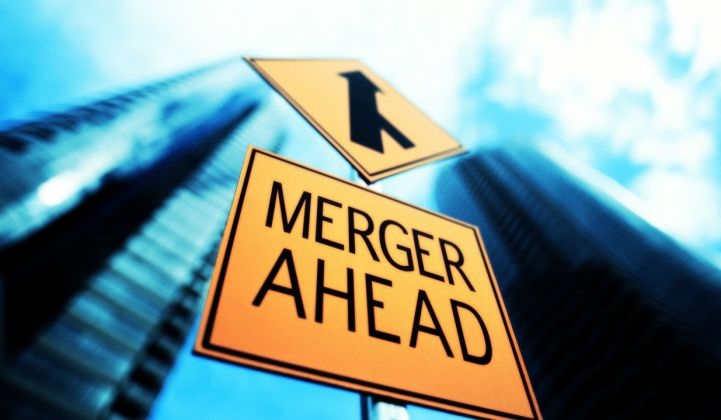 Against the backdrop of tumultuous times in their industry, five credit unions have unveiled plans to merge, in a move that would create New Zealand's biggest credit union with $600 million in assets, about 75,000 member-owners and nearly 300 staff.

According to a statement, NZCU South, NZCU Central, NZCU Steelsands, Aotearoa Credit Union and NZCU Baywide have signed a conditional Heads of Agreement to merge, with their boards having recommended a transfer of engagements under the Friendly Societies and Credit Unions Act into one single credit union.

"The unification of NZCU South, NZCU Central, NZCU Steelsands, Aotearoa Credit Union and NZCU Baywide under one brand will create scale efficiencies that will allow the merged credit union to better serve its customers," the five, who are all non-bank deposit takers licensed by the Reserve Bank, say.

"Upon completion of the transfer of engagements, the merged credit union will be positioned as a strong competitive alternative to mainstream banking in New Zealand."

The formal process of obtaining member approval is yet to be undertaken by the five.

“The scale of the larger credit union will deliver efficiencies, better pricing for savings and lending rates, and reach across the combined nationwide branch network and online.  It will bring more potential to invest in technology to improve services and wider access to capital for the benefit of member owners," the statement quotes Iain Taylor, chairman of NZCU Baywide as the five's spokesperson, saying.

“Scale does matter in an increasingly competitive financial sector and we all believe our united approach will bring a competitive banking alternative that is 100% customer and Kiwi owned," says Taylor.

Aotearoa has been striving to survive

The statement doesn't acknowledge that Aotearoa Credit Union has been forced to look to either transfer its members and business to another credit union or raise about $2 million of capital to survive after losses caused by switching to a new Oracle core banking platform.

The introduction of the Oracle system is being overseen by Co-op Money, the industry association for member owned credit unions, of which all five credit unions proposing to merge are members. The new core banking system has taken longer than expected to implement and cost more than expected. Credit unions have been working on a project to give them "step-in rights" for delivery of key services, enabling them to operate independently if necessary. Both the chairman and chief executive of Co-op Money have stepped down this year.

Taylor describes the Oracle Flexcube system as a "modern operational platform on a par with the technology used by leading tier one banks."

"[It] will give the merged credit union greater flexibility to grow its customer base, as well as add many more services and systems in the future. This ensures we are able to deliver future digital banking services by leveraging the common IT platform. This is something that is not traditionally available on day one when entities merge. It’s an exciting opportunity for all,” Taylor says.

“This is about securing a sustainable future for all our membership bases. The benefits are significant for our member owners to enjoy better products, pricing and a sustainable financial service provider in the future," says Taylor noting "it’s going to be an exciting challenge to deliver."

What does it mean for Co-op Money?

First Credit Union is currently NZ's biggest with about 60,000 members and assets of $358 million.

"The statement doesn't acknowledge that Aotearoa Credit Union has been forced to look to either transfer its members and business to another credit union or raise about $2 million of capital to survive"
Say no more.....

I have frankly never understood why these outfits thought it necessary to have physical shop-fronts in expensive malls. The situation called for a virtual presence, so the insistence on bricks and mortar is baffling.....

Not only shop fronts, but legacy banking systems, Mobile Banking, Internet Banking, Cards and open banking rely less on core banking systems like Oracle than the plugins available, it will interesting to see what exciting new products they will bring to the table, or do they just want to be bankers with big software budgets. Where is the member education and thrift etc as per S101 of the act? CU South used to do it well. baywide does human rights ...well let's not talk about that. The others are small entities serving their members well.

Smacks of desperation (why oh why would NZCU South do this to its members??) - has anyone done a review of the capital ratios of these guys? Inclusion of Aotearoa Credit Union looks like a cover up for failure - high time the RBNZ and FMA looked into this.

Aotearoa has no choice... it was only a question of whether it would be First Credit Union or Baywide. There is a real equity question though given the state of Aotearoa..... why would anyone want to effectively bail them out.... oh.. I mean merge.

Central credit union is a tiny but well run shop but the guys running it couldn't do it for ever... this had to happen.

Steelsands and South are a little surprising... no immediately compelling reason to do so... but was going to have to happen one day.

Aotearoa needs probably $3 million poured in so that how much the other 4 will need to budget for - at least. Looking at relative sizes a rough estimate would be about 100 of the 300 staff will need to be let go to make it viable.On top of that most of the Coop Money NZ staff would no longer be needed. People sacking people!

Aotearoa Credit Union has a lot of branches

Time to wind up coop money. Get rid of all that centralised costs and five head offices. Real savings there. Now maybe they can focus on what the really were set up to do. Can’t see it being much longer before the others movin in either with them or with First. Maybe some good will come of the oracle debacle and the visionary leadership.

Coop Money now dead in the water - its losing HUGE amounts every month at the present time so Oracle will be packed up to be run out of Napier by Gavin Earl (aka cake man). https://www.stuff.co.nz/business/better-business/66827105/null Failed Chair of Coop Money, Massey banking lecturer Claire Matthews on the board of NZCU Baywide. The press need to start digging about the reason for the quick merger - follow the money (or lack of it) to Aotearoa Credit Union.

Frankly if there is not a mass clear out of board members and senior managers across Fab Five (CU's) and Co-op Money then the FMA and RBNZ should hold themselves accountable for the ensuing disaster.....