CEO Steve Jurkovich says Kiwibank's in no hurry to enter the rural or corporate banking markets, focusing instead on the 'big opportunity' with SMEs

CEO Steve Jurkovich says Kiwibank's in no hurry to enter the rural or corporate banking markets, focusing instead on the 'big opportunity' with SMEs 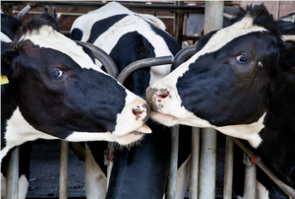 CEO Steve Jurkovich told interest.co.nz neither market is on the bank's radar at this stage.

In terms of the rural, or agri, banking market he says it's "well supported" by ANZ, ASB, BNZ, Westpac and Rabobank.

"The market dynamics, having spent quite a bit of time in that agri market, is that is a market that's very well served. There's five large banks including a global player [Rabobank] participating in that market. I think over time we'll always remain open minded, but I think that is a market that's well served and supported so probably not my first port of call," says Jurkovich.

In terms of corporate banking, he says it's an "interesting" one.

"I think there's a set of capabilities that you need at the high end transaction banking that I wouldn't say is well suited to where we are now, but could be in the future. So again probably not in the short term. [We're] much more focused on really supporting businesses that have got up to 50 to 100 employees," Jurkovich says.

"Small business, medium business is a big opportunity for us over the next few years and we want to participate there."

Interesting that with his background and experience Steve is acknowledging there isn't enough fat in the rural lending sector to justify the effort. Or is it a reflection on the limitations of Kiwibank's balance sheet to handle the capital intensive nature of farming? If the latter is the real reason is Kiwibank really achieving the initial aspirations of it's founders to keep the big four Auusie banks honest?

Kiwibank is capital constrained and as such rationalises its capital into the more profitable sector.. mortgage lending. Turning to rural lending would mean less resi mortgages and ultimately less profit for the bank. Its initial aspirations have long since been forgotten.

They want to lend to businesses? What?

I thought banks only liked to lend against houses these days?

KB would do well to steer clear of the rural sector. Chanticleer article on back page of weekend AFR discusses Glencore and large businesses and the paragraph that leapt out was that "company directors who fail to .. consider and disclose foreseeable climate related risks... could be held personally liable for breaching their statutory duty of due care and diligence under the Corporations Act."

Now I know NZ is the wild west with the cockies holding National (and even Labour) by the short and curlies but how Oz goes is how NZ will end up.

Small Question. When was the last time a company director was actually hauled up and held legally responsible?