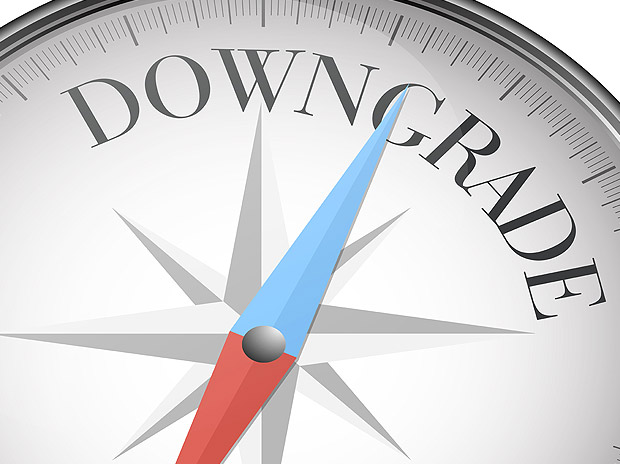 Fitch Ratings has today affirmed the Long-Term Issuer Default Ratings (IDRs) of Bank of New Zealand (BNZ) and revised the Outlook on these Ratings to Negative from Stable. BNZ's Viability Rating was not considered as part of this review. A full list of rating actions is at the end of this rating action commentary.

KEY RATING DRIVERS
IDRS AND SUPPORT RATING
The Outlook revision to Negative follows similar action on BNZ's parent, National Australia Bank Limited (NAB, AA-/Negative), on 14 February 2019. The affirmations of the IDRs and Support Rating reflect Fitch's view that there continues to be an extremely high likelihood of support from NAB, if required. Fitch sees BNZ as a key and integral part of the NAB group, providing core products and services to a market long considered core to the group. The prospect of support is boosted by strong linkages between the Australian and New Zealand banking regulators, who Fitch believes would work together to ensure the stability of both financial systems.

SUBSIDIARY
BNZ issues a portion of its wholesale funding through a funding subsidiary, BNZ International Funding Limited. This entity is wholly owned and used for BNZ's funding purposes only. Fitch does not rate the subsidiary, only its senior unsecured debt. The ratings on these instruments are aligned with those of BNZ, as BNZ guarantees the debt.

RATING SENSITIVITIES
IDRS AND SUPPORT RATING
BNZ's IDRs and Outlook are likely to change in line with NAB's IDRs and Outlook. The Support Rating and IDRs may also be downgraded should Fitch change its view of BNZ's role within the NAB group or if the authorities change their cross-border regulatory approach.

In addition, the Outlook may be revised back to Stable if BNZ's Viability Rating were to be upgraded by two notches. However, this appears unlikely in the next two to three years.

SUBSIDIARY
The ratings on the senior unsecured securities issued by BNZ International Funding Limited are sensitive to the same factors as BNZ's Issuer Default Ratings.

The rating actions are as follows:

I think the big four's dependence on their aussie parents for the their credit rating is one of the stronger reasons to raise their capital requirements. If the parent gets into trouble and they lose a rating or two they will be less competitive or it might trigger a small run on the bank.

Pretty hard to start a "Run on the bank" these days. When was the last time you tried to go into a bank and get out a large amount of cash ? They look at you like your mad and need an armed escort before you walk out with even $10K. I remember going into the ASB once and they had run out of $100 notes ! Good luck in getting a significant amount of cash out that requires a suitcase to carry it in.

I actually had to do this a few weeks ago to "pay" contractor. The ANZ/BNZ atms were very limited and I had no luck with phone support changing the limits.

Off to ANZ bank I went. 15 minutes to get through the short queue of 4 people. Very few tellers and very few desks. Imagine if there were 4 hundred people in the queue. I suppose about a quarter of them would make it through before closing time but realistically they'd run out of cash notes.

If there were a bank run you're f--d. It's so difficult you may as well tunnel your way into the safe with a teaspoon.

If there were a bank run, why do you think people would need to physically take cash from the bank? Just do it on online banking by transferring to another bank.

If they had disabled online banking, then they would also have disabled over-the-counter or ATM withdrawals too.

If the online banking is crashing under the load, then that's the same experience you describe with physical branches as well.

Do most people bank with 2 banks? Or do they just transfer their life savings into the account of a friend or relative?

Nobody withdraws cash. 200k to TransferWise then to Europe . I can do it on my phone. If TransferWise isn't working then direct transfer to Morris and Watson in Auckland. That's a bit Armageddon isn't it. More realistically it would just be a transfer to a non distressed NZ bank.

Deposit insurance would help hugely to alleviate any run as it inspires confidence your money is safe. Finance 101.... that NZ regulatory bodies and banks have not the intelligence to implement.
You can bet that if one bank is in trouble the rest are only a click away and the whole system is compromised.
Personally I have deposits with 3 different banks but Im not sure this would do any good if there was a bank run in NZ as the failure of one bank would mean the system is about to collapse because the big four have the majority of their loans out in the same grossly overpriced housing mortgages.

Deposit insurance is a poor solution to the problem of bank confidence. It will reduce returns to below inflation and I can't see how the tax payer is not going to be covering the cost of the payout if required.

The only institution that people would trust to provide this insurance is either the Government or RBNZ and It's too late in this credit cycle to build up the pool of money from bank levies or premiums required for a payout of any significance, so the public or levies from future depositors will be required to pay this money back. Do you see another way to insure deposits where the taxpayer is not responsible for payouts?

I think a far better solution if you want a secured deposit is to make it easier to obtain short term government bonds. I don't see why we should socialise the costs of bank confidence without expecting them to maintain good credit rating and capital ratios.

In the US, as in most other developed nations, deposit insurance is paid for by the financial institutions with about .3% of deposits being paid in the US as premiums to the FDIC, which is an independent authority of the gov with no appropriations from government and is a only the facilitator.
This would not effect returns in any significant way in NZ and could easily be supported by depositors and the institutions themselves, as it is everywhere else in the world.
If a bank in NZ does not recognize the importance of public confidence in the financial system by having deposit insurance they should not be allowed to operate in NZ and the gov should sure as hell not be allowing them to operate.
There is no social cost whatsoever. Taxpayers in the US have NEVER had to bear the cost of bailing out a bank. There were 157 bank failures in the US in 2010 after the GFC with not one penny of taxpayer monies being paid.
I suggest people who do not understand deposit insurance do a bit of basic googling...try FDIC.
It is never too late to start something which is to benefit the whole country in terms of financial stability. Right now there is nothing so whats the big deal in starting Deposit Ins now?

TuaWai Smith's post answers your questions well. You can easily buy short-term government bonds as I have done-they are called Kiwibonds. You might care to ask yourself why every other developed nation already provides its citizens with some level of deposit guarantee.