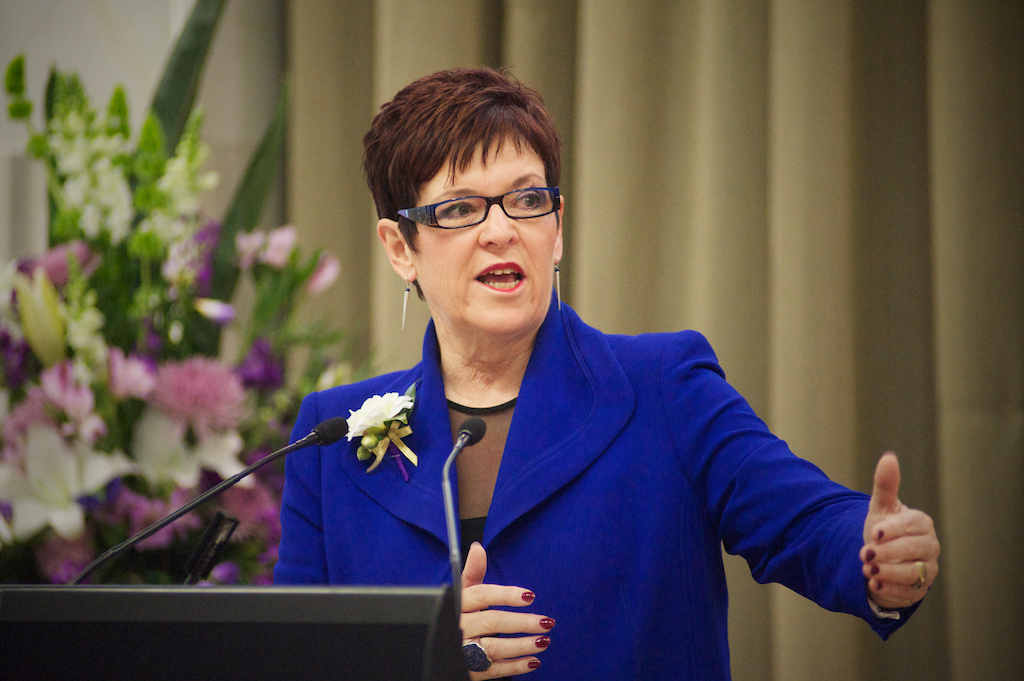 Former Prime Minister Jenny Shipley will "retire" from her position as Chair of China Construction Bank New Zealand at the end of the month.

The announcement follows the High Court last week upholding claims of reckless trading against Shipley and other former directors of Mainzeal, which went into liquidation in 2013.

Shipley was ordered to pay creditors $6 million, having allowed the company to trade while insolvent.

A statement from China Construction Bank New Zealand said Shipley believed it was “in the best interests of the company” that she retires as of March 31 – the end of the current reporting cycle.

The statement said: “After stepping down from this Board Dame Jenny intends to put her energy into dealing with personal and legal matters related to the Mainzeal case and to spending more time on her private business and philanthropic interests and to speaking here and offshore on a wide range of topics...

“Dame Jenny said she was extremely proud to have served on the Board of CCBNZ since its establishment five years ago and of its many achievements including the recent securing of a Branch banking licence.

“Dame Jenny served as a director of the Hong Kong and Shanghai listed China Construction Bank global board for six years from 2007 to 2013 at a crucial time in its development.

“Today China Construction Bank is the 5th largest bank in the world by market cap.”

Shipley remains on the board of the New Zealand China Council – a mostly taxpayer-funded organisation established in 2012 to strengthen New Zealand’s relationship with China.

Asked by interest.co.nz, moments before the China Construction Bank NZ announcement was made, whether she was comfortable with Shipley sitting on the New Zealand China Council board, Prime Minister Jacinda Ardern said: “Ultimately that is not a matter for Government or Cabinet. That is not an appointment that’s made by us.”

The New Zealand China Council stuck to the line it toed last week on Shipley, saying membership of its board was “kept under regular review”.

According to the Council's website, it receives about two thirds of its operational funding from the Government through an annual grant from the Ministry of Foreign Affairs and Trade. The rest of its funding comes from "individual and corporate members of the Council’s Executive and Advisory Boards".

Two weeks ago Foreign Affairs Minister Winston Peters linked problems he claimed Oravida had at the Chinese border to a Chinese newspaper publishing a China-praising opinion piece with Shipley's name on it.

While Shipley reportedly said she didn't write the piece, which said things like "we should listen to China," she admitted to being interviewed by the paper and didn't deny that the piece represented her views.

Shipley hung up on interest.co.nz twice, as it sought to get clarification around the opinion piece, as well as Peters' Oravida claim.

The timing of the piece being published raised eyebrows from observers, including Peters, as the role of Huawei in New Zealand's telecommunications network puts the country's relationship with China under public scrutiny.

so which former national party will be tapped to take her place i wonder,
any guesses BE or JK maybe even SJ he is good with making up numbers

I doubt either would get involved with CC. And why would they bother? They both got golden parachutes (not that JK needed one).

Fallen out of favour with The Party.

Very lucky to be living in a country where the consequences are not more serious than only losing one's job.

True, only too true. But I wager, that if you sat down with the subject person you would find, from that particular point of view, that nothing, in fact absolutely nothing at all,had been done wrong. Just goes to show what life is like when you are flameproof.

I'd be watching my organs closely, if the creditor state ever invades and said person goes missing we know whats happened.

You don't have to scratch too deep to find racism on these forums, and the irony of it all, anyone would think you don't like being colonised. At least the Chinese pay fair market for assets and don't steal them. They should just go straight to Maori and cut out the middlemen.

Racism? Towards old white bread Shipley? How deeply engaged do you think she's been in Chinese culture throughout her life? And how about the Maori community? Do you think they would admire The Dame because she's tight with the CCP?

Organ harvesting...not sure how it is rasist https://en.m.wikipedia.org/wiki/Organ_harvesting_from_Falun_Gong_practit.... Protestors signs in front of Chinese consulate in greenlane pretty often.

What the hell was she doing on that Board in the first place ?

She was invited to that board to open doors, and no other reason.

She has clearly never heard of the term PEP , and thats why politicians and ( EX POLITICIANS ) should never accept invitations to boards of anything other than open transparent Public Companies or SOE 's and organizations .