Banking
After defeat in the Court of Appeal, ANZ wants to take fight to prevent potential action by the FMA against the bank on behalf of collapsed 'Company X' investors to the Supreme Court 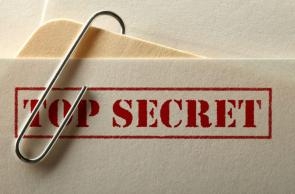 The country's biggest bank could be the target of just the second use by the Financial Markets Authority (FMA) of powers it has to step into retail investors' shoes and take legal action on their behalf.

A tantalising Court of Appeal judgment details this in between heavy redactions. The redactions are because ANZ New Zealand has sought leave to appeal the decision to the Supreme Court and to maintain confidentiality over the judgment.

"The Court of Appeal judgment clarifies that it is appropriate for the FMA to disclose information to investors to further the FMA’s investigation, and to help assess whether a claim under Section 34 of the Financial Markets Authority Act may be appropriate, provided proper steps are taken to ensure confidentiality. Section 34 of the FMA Act enables the FMA to exercise the rights of action of investors. The High Court had previously determined the disclosure would not be for a permitted purpose," the FMA says.

According to the Court of Appeal judgment, the FMA obtained documents from ANZ as part of its investigation into "Company X" and the failure of Company X causing loss to investors. The regulator did this to obtain responses and any additional information from Company X investors, to determine the next steps that should occur to enable Company X investors to evaluate the merits of a claim against ANZ, and to enable the FMA to consider and determine whether to exercise its powers under s34 of the FMA Act.

"The parties approached the Court to consider the proper application of certain provisions of the Financial Markets Authority Act which applied to the FMA obtaining confidential documents and how those documents could be used. The High Court provided a ruling in early 2018 which upheld confidentiality. The Court of Appeal has taken a different view.  We have sought leave to appeal to the Supreme Court," an ANZ spokesman said.

ANZ has argued there's no basis for civil claims against the bank.

To date the FMA has only used its s34 powers once. This was against Prince and Partners Trustee Company, which admitted a series of failings in its role as trustee of Viaduct Capital Ltd, which went into receivership in 2010. The civil proceedings brought by the FMA against Prince were settled for $4.5 million.

"It is the first time the FMA has brought a case under section 34 of the Financial Markets Authority Act 2011. These powers enable the FMA to exercise the rights of action of investors, in this case, the Treasury and investors who were not covered by the Retail Deposit Crown Guarantee Scheme," the FMA said of the Prince and Partners case in 2017.

In 2012 then-FMA CEO Sean Hughes told interest.co.nz the FMA was considering using its s34 powers against another failed finance company, Hanover. however this didn't eventuate. (There's background on the s34 powers here and here).

It goes on to say that, having conducted an inquiry, Company X's liquidators got legal advice on the prospects of a claim against ANZ for participation in Company X’s "[redacted] breaches [redacted]."

"However, they had concluded that, while there may be a potential claim [redacted], it was not the role of the liquidators to bring it. Rather, the claim was properly brought by the investors, or by the FMA under s34 of the Act. The FMA subsequently began a focussed inquiry into ANZ [redacted]. [Redacted] [I]t issued two more notices to ANZ under s25 of the Act requesting further information [redacted]. After reviewing the material provided, the FMA obtained an external legal opinion about the prospects of a claim against ANZ. In January 2016 the FMA’s inquiry into ANZ [redacted] became an investigation," the judgment says.

Meanwhile, the judgment talks about investors potentially teaming up to take action with the assistance of a litigation funder.

The Court of Appeal judgment says s34 of the FMA Act recognises civil redress against financial markets participants may help to meet the public interest in promoting and facilitating the development of fair, efficient and transparent financial markets. Furthermore, the fact the FMA was given the ability to bring or take over a civil right of action indicates Parliament’s recognition that such claims are in the public interest.

"We consider that s 59(3) permits the FMA to disclose documents to investors to allow both the FMA and investors who have suffered loss, and may have claims against ANZ, to assess and pursue claims on a fully informed basis. The FMA can disclose the information and documents to [third parties] [redacted] providing it obtains enforceable confidentiality undertakings. In pursuit of fair and transparent markets it is appropriate for the FMA to provide information to investors so the FMA can get their feedback to aid the FMA’s investigation, and to consult with investors in the exercise of its decision-making powers under s34, provided proper steps are taken to ensure confidentiality," the judgment says.

Certainly concerning that a bank may be assisting a company with questionable "business" practices. While all the restricted content is limiting I'm interested in what the Supreme Court will hand down.

I'm a little curious about the use of the term "investors". Does this refer to shareholders who would also be owners, or other types of investors with loan or investment contracts with the company?

If the board or company management were participating in shonky practices that were not visible to "investors" would they have also be visible to the owners?

Why should it be secret. More interestingly why is ANZ keen to keep it secret.
Daylight is a great protector of investors.