In the past week, and despite strong RBNZ signals it wants interest rates to stay very low, local wholesale markets have pushed through a rising rate curve anyway. Borrowers should stay alert

Bonds
In the past week, and despite strong RBNZ signals it wants interest rates to stay very low, local wholesale markets have pushed through a rising rate curve anyway. Borrowers should stay alert 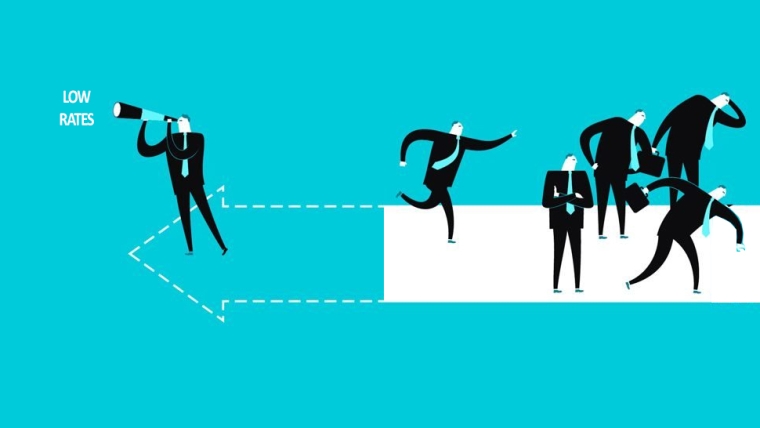 Wholesale swap rates have moved off their 2020 lows and have made a solid move up over the past week.

And this is despite the Reserve Bank of New Zealand committing to its ultra-cheap Funding for Lending (FLP) programme, and reinforcing it will be rolled out in early December.

Wholesale swap rates moved down sharply at the onset of the COVID-19 pandemic in March and April this year, and then took another sharp fall in August following clear RBNZ signals.

But in less than one week, these rates have started to move up again, and pretty much across the curve.

This time, the driver is the international situation. New Zealand may wish to signal "lower for longer" but it doesn't seem local rates can hold down in the face of rising international benchmarks.

This is a sharp move in terms of one week.

But over the past year, rates are still much lower.

Homeowners will want to keep an eye on this recent move up.

Although these wholesale benchmarks for a two year rate are only fractionally up (+20 basis points) and still some way from the 2019 levels (1.04%) for a two year swap rate, it is worth reminding ourselves where fixed mortgage rates were in November 2019.

The RBNZ is clear they want interest rates to stay very low. But the wholesale market moves of the past week do raise some doubt about whether their goal can be achieved, and homeowners should be aware these market rises do increase doubts about what you can plan on.

That said, even if wholesale rates did rise all the way back to 2019 levels, we are probably only talking about a +1.0% rise in the consequent mortgage rates, and they will remain unusually low.

For completeness, here are the NZ Government bond curve changes over the past six months, and again most of the movement is in the past week.

I'm guessing, counter party financing over the SWAP term is part of the matrix of inputs for pricing a SWAP? Apart from uncertainty intrinsic to a longer term, can it be read that markets see inflationary conditions?

I think 1 year home loan will bottom out at 2-2.1% - it won't go any lower than that. NZ Economy is far exceeding expectations and that will only continue with house prices rising as they are now due to the wealth effect. The government is $3.1b ahead of expectations which is huge and that is a clear sign that the economy will not tank and is already growing again (albeit another Level 3 lockdown in the country).

omg. You still believe in the bs about a link of rising house prices, the economy and the so called wealth effect!

Omg, the way you've seen it the past 15yrs the least. You still believe about the prudency bs is the good way to grow the economy! - Joint the band, and it's a sure bail out by any CB and govt.

The RBNZ’s ownership of the nation’s outstanding nominal government bonds has rocketed from 6% to 37% in the space of seven months, according to calculations by Bloomberg based on data from the central bank. It took Bank of Japan more than three years to reach this level, and his starting point was over 11%

This comparison didn't really make much sense to me. Comparing Japanese mon pol to that of NZ is not the same thing. Japan doesn't need foreign capital to fund a current account deficit. Also, the evidence shows that when Japan ramped up QE in 2012/13, the Nikkei has been on an upward trend. So in that respect, Japan has achieved something.

The Nikkei went on an upward trend because the Bank of Japan bought stocks. It now owns almost 10% of the market, concentrated in the larger stocks. Things always go up when the main buyer has zero price sensitivity.

The stock buying is an integral part of the BoJ's QE program. (https://www.globalbusinessoutlook.com/quantifying-the-effect-of-the-ban…)

Comparing QE in Japan with that of NZ doesn't make sense as they execution and desired outcomes are somewhat different.

Right now, my wife still using a 2004 toyota corolla allex.. imported second hand from Japan, and I still use the 2013 toyota hybrid. When overseas, I can't remember last time we used NZ products.. at such prolonged time, it is ridiculous comparisons I know. But it is indeed these two countries QE are not comparable at all.

This is a consequence of QE, just seems to have taken longer to happen than expected. Throw enough money up in the air and eventually it causes inflation which in turn drags up interest rates

So where is the inflation post GFC around the world? It’s not here, not Aus, not US.

Err.. is it not siphoned silently somewhere into...? in kids b'day party.. surely mostly balloon being inflated...so what it has been inflated then?..hmn...
Oh must be that.. airline ticket, petrol, grocery, healthcare..salary/wages?...you pump air into balloon, I wonder where those inflated more money went into, the best way to answer it? to do more experiment on this so we can all observe: Print more, QEs/LSAP, neg. OCR, flexi-permanent subsidy.. In scientific way, we must do more test in order to get the mix of theory & result. Simply, RBNZ & govt, just have to do more of those for sure.

Good. Maybe the forces of the markets are finally re-asserting themselves, regardless of the efforts by the RBNZ to cheat the system. I hope the trend continues,or even better that it does intensify in the next weeks.

Our High Priest has spoken, interest rates will be low. Hush now, you unbelievers.

I'm no economist but I understand that the principal mandate that the RBNZ holds is to manage inflation and the OCR is their main tool of choice, despite collateral damage that adjusting it may have. My concern is just how inflation is actually calculated. By applying a basket of factors to do this calculation it just doesn't seem to measure the true rise of unavoidable costs NZ households face. Of course by dropping the OCR then mortgage servicing costs will fall (which I think is one element applied to the calculation?) but have a thought for those who rent and even for home owners when they get their next home insurance premium advice which always goes up way beyond the CPI each year. Come on Adrian, enough of the grand experiment!

To be fair I think the RBNZ have something of an impossible task. In order to function they need to believe in several impossible things and that takes constant practise and repetition. It isn't easy, particularly as they are tasked with getting everyone else to believe they have the answers.

The purchasing power of the NZD can be tiddled about with, but the overall value of the currencies against which it varies is a moving target. Real stuff varies in price and when, as now, everyone wants a cheaper currency all at the same time, then the stage is set for a boom in commodity prices. So, expect petrol, food, clothing to start going up ala 1970s.

They know that monetary policy acts with long and variable lags, but it is worse than that, the volatility regime changes too. We seem to be in a high volatility regime at the moment, which is a bit of a rollercoaster ride.

People should not assume banks will keep mortgage rates low. They are going up in the UK even in the midst of a property boom like NZ.
https://www.telegraph.co.uk/personal-banking/mortgages/mortgage-rates-r…

I had to laugh at your video interview with RBNZ yesterday: "we cannot control house prices"
I bet you if their OCR was 4% and home loans 6% we would have a 750k median Auckland house price, not 1 million.