Treasury slashes its debt issuance forecast, but commits to keeping a cash buffer of at least $15 billion

Bonds / news
Treasury slashes its debt issuance forecast, but commits to keeping a cash buffer of at least $15 billion 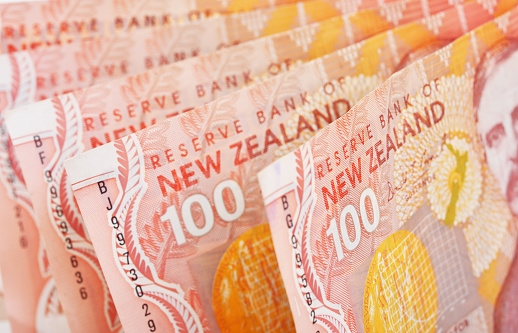 Treasury is slashing its forecast debt issuance programme, as the economy is coming through the Covid-19 crisis in a stronger position than expected.

New Zealand Debt Management forecasts issuing $20 billion of New Zealand Government Bonds in the year to June 2022 - $10 billion less than planned in May.

When it last released a forecast in May, Debt Management expected to issue $25 billion of New Zealand Government Bonds in each of these years.

So, between 2022 and 2025, Debt Management now forecasts issuing $74 billion of New Zealand Government Bonds - $31 billion less than forecast in May.

Debt Management explained the stronger than expected rebound in the New Zealand economy has left it with more cash on the hand than expected.

For example, as at November, it had $36 billion in its cash account with the Reserve Bank, known as the Crown Settlement Account. By way of context, this account only had $7 billion in it, pre-pandemic, in November 2019.

From the onset of the pandemic, Debt Management was happy to run this account up to ensure it had enough cash on hand to cover whatever unexpected expenses came its way.

This is still high by historic standards. Previously Debt Management had a liquidity buffer of at least $2 billion.

Debt Management said that having a larger buffer might mean it won’t need to issue a whole lot of debt in the same way it did at the onset of Covid-19 when the next crisis comes along.

“Quantifying the liquidity buffer is a judgement that depends on the trade-off between tolerance for liquidity risk and the potential financial cost of holding the buffer,” Debt Management said.

“Any potential costs to holding a larger liquidity buffer, should they arise in the future, would need to be evaluated against the benefits described in this note.

“Accordingly, NZDM will undertake regular reviews of the buffer...”

Treasury quiet on the LSAP

Debt Management landed at its position ahead of the Reserve Bank detailing how it will reduce its holdings of New Zealand Government Bonds purchased as a part of its Large-Scale Asset Purchase (LSAP) programme. This could affect the size of Debt Management’s cash buffer.

The Reserve Bank bought $53 billion of New Zealand Government Bonds on the secondary market between March 2020 and July 2021 to lower interest rates in line with its monetary policy mandate, and support smooth market functioning.

As the RBNZ has in recent months started tightening monetary policy, it has said it would like to manage down its bond holdings.

However, it hasn’t said whether it would like to do so by simply waiting for the bonds to mature - possibly reinvesting some of the proceeds - or actively selling the bonds. It will provide guidance on this in February.

If the RBNZ actively sells the bonds, Debt Management would need to buy them.

It would either use the cash it has on hand, or issue new debt to cover the cost of buying the bonds from the Reserve Bank.

In this sense, Treasury and the Reserve Bank would need to work together. While their mandates are different, their common goal is to ensure smooth market functioning.

ANZ senior economist Miles Workman interpreted Treasury's position as it electing to use the extra cash on hand to reduce upcoming debt issuance rather than buy bonds back from the RBNZ.

In summary, Treasury on Wednesday put its cards on the table, saying how much cash it wants to keep on hand, and what level of bond issuance it forecasts looking ahead.

All eyes will now be on what the RBNZ says, come February. 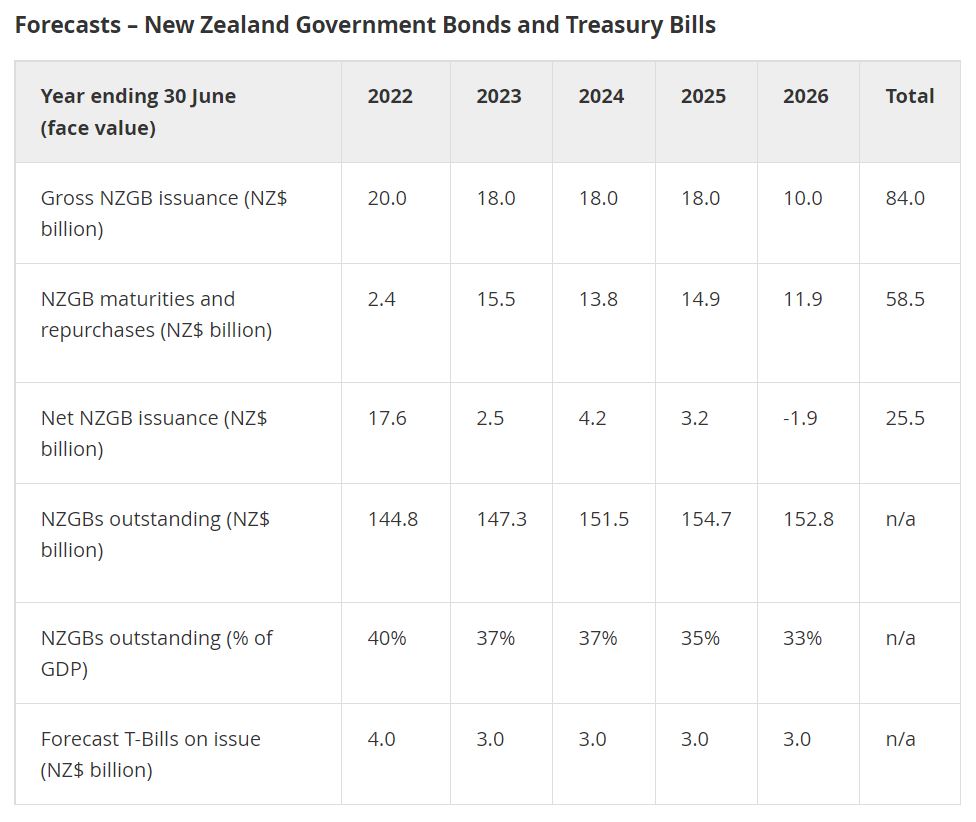 They won't know what hit them. From here on in, necessities (of life) get exponentially more contested, so presumably more 'expensive'. Which means discretionary items will be less and less sought after. And all the QE which kept a bankrupt (in physical terms) system going for 12-13 years, has over-valued houses and shares and old ford falcons, all of which is due a correction. Meantime the gaps on the shelves continue to grow, supply-chains falter further, and Ballance is diverting fertiliser to fill a fuel deficit.

Meantime the back-room folk describe keystroke-issued debt as as 'cash'; and peer through a glass darkly. It all - debt, cash, bonds - is a bet on the future underwriting. You cannot either buffer, or insure, against no - or even increasingly a lesser - future underwrite. Good article Jenee - how about overlaying it with what is happening in the real (physical/global) world?

Good thoughts. Trying to repeat 'what worked' 40+ years ago is fraught with more disaster than we can imagine. From your link - and so well put.

The problem we face today is similar to, but much worse than, the crisis of the 1970s.  Then, there was a cultural overhang – which persists to some extent today – in which economists and politicians believed that the conditions of the post-war boom could be recreated through a combination of legislation and currency creation.  Instead, of course, they first created inflation, then they created a depression, then they pumped up a debt-based bubble.  What they didn’t do – and what we must surely accept they will never again do – is to recreate the boom conditions of the post-war years.

The entire workings of the governments finances is a charade to keep from us the truth that the government is never financially constrained in its spending of NZ Dollar currency.

What on earth would be the point in having the government store up the currency which only it can legally create? All government spending involves the same process of creating new central bank reserves whatever smoke and mirrors they present us with.

The Reserve Bank and the Treasury are one and the same on the governments balance sheet.

Inflation destroys growth and kills the economy. CPI is currently 4.9% and moving north. This makes the debt even more unserviceable.

The Limits to Growth have 'destroyed growth'. All on their lonesome.

And they are also why debt is increasingly unserviceable.