New Local Govt Funding Agency, which will borrow money overseas on behalf of councils, gets AA+ credit rating from Fitch

New Local Govt Funding Agency, which will borrow money overseas on behalf of councils, gets AA+ credit rating from Fitch 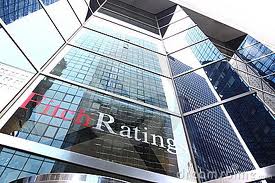 The newly established Local Government Funding Agency (LGFA) has been handed an AA+ credit rating by both Fitch Ratings and Standard & Poor's (S&P), the same rating the two credit rating agencies have on the New Zealand government's debt.

"The ratings reflect the strong underlying asset quality of LGFA's shareholders composed of regional and territorial councils (local councils) and which is supported by a Joint and Several Liability (JSL) guarantee," Fitch says.

The LGFA was created by Parliament passing the Local Government Borrowing Act in September. As well as establishing the LGFA, this legislation, overseen by former ACT Party MP and Minister of Local Government Rodney Hide, lifts a previous prohibition on local government bodies borrowing overseas. Philip Combes, currently head of the NZDMO, will become the LGFA's chief executive in the New Year and former BT Funds Management chief executive Craig Stobo is its chairman.

"The government will provide a liquidity facility of up to NZ$1 billion through its treasury vehicle, the Debt Management Office (DMO) and will execute the funding and investing functions, and act as the sole swap counter party," Fitch notes.

"The ratings on LGFA also reflect the organisation's strong stand-alone credit profile, arising from its sole role of providing debt finance to the New Zealand local and regional government sector, the sound aggregate credit quality of that sector, and the LGFA's prudent liquidity policies," S&P says.

"These strengths are moderated by the organisation's wholesale funding profile and our expectation that risk-weighted capitalisation will progressively decline from initially strong levels as lending increases against a backdrop of a small capital base." See S&P's full report here.

The LGFA will issue local government bonds to investors and on-lend the funds raised to participating local authorities to help meet their funding needs. This pooled approach will help local authorities borrow money at lower interest rates than they currently can, Hide has said, noting industry body Local Government New Zealand estimated the LGFA will save councils about NZ$25 million annually through scale and by obtaining a strong credit rating at or near the highest possible AAA rating. The S&P and Fitch AA+ ratings are both firm's second highest.

Current long-term council plans suggest local authority debt will double over the next five years to more than NZ$11 billion. Local authorities say their debt funding options have previously been limited to the domestic banks, private placements and wholesale bond issues to domestic institutional investors and, to a lesser extent, retail bond issues to domestic retail investors. The LGFA will raise debt in local and foreign currency in both domestic and overseas markets.

Fitch notes that all principal shareholders and borrowers with more than NZ$20 million of loans will need to enter into a JSL guarantee, except the government. Under this guarantee, a security trustee can, on behalf of the bond holders, call on the guarantors directly following a payment default by the LGFA.

"The JSL is on demand and can be called without board and court order. Each guarantor is liable on a pro-rata basis according to its prior year's rate revenues. The LGFA's debt is expected to increase on the basis of the vehicle participants' large funding needs and additional local councils joining either as shareholders or borrowers," says Fitch.

Potential for concentration of risk around Auckland

Fitch says although there could be a potential concentration of risk from the recently established Auckland Council "super city", which also plans to tap overseas debt through its own borrowing programme, the Auckland Council's borrowing through the LGFA will be capped at 60% of the exposure in the first three years and 40% thereafter.

"Fitch considers the asset quality of the shareholders and borrowers as strong, especially the larger local councils. Given the LGFA's nature, its asset pool is expected to be concentrated on individual names," says Fitch.

"Asset quality is supported by each local council's ability to have a charge in respect of unpaid rates, which provides recourse to the underlying rateable properties. In addition, the local council's secured creditors, which include the security trustee and the LGFA, can through a debenture trustee appoint a receiver should a local council default."

"The receiver has the power to assess and collect a rate from ratepayers to repay the bond holders. Fitch believes the LGFA has sufficient liquidity as it will hold 10% of its assets in liquid form and will benefit from a liquidity facility of up to NZ$1 billion provided by the NZDMO."

Govt can lend to the LGFA

Meanwhile, S&P says its view of an "extremely high" likelihood of extraordinary government support is based on its assessment of the LGFA's: very important role given it's expected to become the main funding source for the local government sector.

"Additionally, LGFA provides several benefits to the central government, including the deepening of the New Zealand capital markets and an additional source of liquidity for New Zealand banks, as well as providing greater efficiency at the local government level," says S&P.

S&P also points out that the LGFA's legislation lets the government lend it money if it's in the public interest to do so or if it is necessary to meet a temporary shortfall.

My issue with ratings, is that the rating maybe good at the beginning of the term when you intially invested. However during the life of the bond the rating may be cut, leaving you locked into a bond that you can't get out of. Some you can sell on the open market, but if it is cut you are likely not to get back what you paid. This is what happened to many finance company investors. Many wanted to get their money out before the companies went into receivership after the rating was cut, but their couldn't.

So unless the rating has some sort of guarantee for investors, I think they should be taken with a grain of salt.

1 - "The ratings reflect the strong underlying asset quality of LGFA's shareholders composed of regional and territorial councils (local councils) and which is supported by a Joint and Several Liability (JSL) guarantee," Fitch said.

2 - "The government will provide a liquidity facility of up to NZ$1 billion through its treasury vehicle, the Debt Management Office (DMO) and will execute the funding and investing functions, and act as the sole swap counter party," Fitch notes.

The NZ taxpayer takes on the counterparty risk in the fx/cross currency basis swap, which is very high at the moment., given current world wide interbank liquidity contraints.

The answer to Q1. is yes, and more!  Here's one LA answering a question raised by a submitter in relation to the fund;

@Kate - thanks for your confirmation

Is there a public fine print disclosure determining the mechanism of liability application when contingent becomes unconditional?

The demands of 'necessity' will no doubt see the mentioned five year term evolve into a perpetual one.

Which seems to consist of :

- eliminate the 2% Approved Issuer Levy to assist this happening.

See his pronouncements on http://unlimited.co.nz/unlimited.nsf/growth/getting-richer

As the chairman in control of the Local Government Funding Authority i.e. he is now "Treasurer" for all local governments backstopped by the NZ government (limited for now, but unlimited when the threat of the likes faced by Greece and Italy occur).

And taxpayers/ratepayers need to be really worried and think about the others' experiences because in the end they carry the can as some countries and municipalities have found out in the recent past. The NZ people also need to think about money flowing out of the country in the form of interest with minimal taxes being paid here.

1. We know how Ireland is being rogered as a result of being a "Financial Hub" for the European financial big boys

2. We know the distress caused to a number local municipalities/government bodies who went for innovative ways to raise funding e.g.

3. We know the already the low rate of AIL at 2%  is being used for tax planning e.g. see Cactus Kate .  ( http://asianinvasion2006.blogspot.com/search?q=Japanese+Housewives )

And the NZ government is already making moves to make AIL zero.  ( http://www.chapmantripp.com/publications/Pages/Govt-to-scrap-approved-is... )

May be there is a reason why the rich listers take their money overseas to a low tax or no tax jurisdiction while most middle class moms and pops pay RWT at 33% !

I would love to get the same treatment as an overseas investor for providing capital and debt to the NZ government and local bodies.

As Ms Odger (a lawyer) states, this is fertile ground for NZ First and Winston Peters as it impacts his support base by favouring overseas interests and not letting locals invest their money and getting a reasonable return after tax.

This may even be of interest to Bernard with his recent road to damascus moment and calls to reduce overseas debt and limit earnings outflows from the country.

May be an OIA to IRD requesting information over the past 10 years of the approved issuers, funding sources and and the AIL paid would provide a good start ?

@durden - you highlight some important points.

And given Treasury dominance in the ongoing activities of the LGFA it seems important to air the criticisms made by the Auditor General concerning it's undetakings in the management of the Crown Retail Deposit Guarantee Scheme.

"staggeringly stupid"....are you sure ctnz...I didn't think they were that good....!

On second thoughts -- We need somebody who is not afraid of consequences I am afraid.

BM is unlikely to take this up as he would not want to receive a call about dite advertising and information sales from one of the major beneficiaries of the status quo -- the banks.