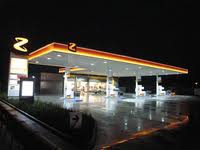 In a brief statement, Z chief executive Mike Bennetts said any new issue was likely be launched in the middle of July.

"Any issue would likely be of senior, secured fixed rate bonds, with bondholders sharing the same security as Z's banks and existing bondholders, on an equal ranking basis," Bennetts said.

"At this stage no decision had been taken as to the size of any future issue, or other terms of the bonds."

Bought as global giant Shell's New Zealand downstream, operations (or fuel retail and distribution business), for NZ$696.5 million in April 2010 by Infratil and the New Zealand Superannuation Fund, the business was rebranded as Z Energy. It consists of a 17.1% stake in Marsden Point oil refinery operator the New Zealand Refining Company, a 25 % stake in Loyalty New Zealand which runs Fly Buys, some 220 petrol stations, about 100 truck stops, plus pipelines, terminals and bulk storage terminal infrastructure around the country.

They can be more profitted if they promote the use of biofuel or biogases instead of using foriegn energy resources. Z, is one of the biggest oil producer in NZ, but never heard that this one is providing natural products, hopefully they could also do what http://www.biogas2.com/ is doing.