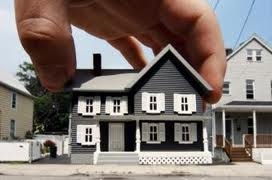 Westpac has moved to calm MPs fears that unsecured depositors could be left short from a bank failure despite banks being able to ring-fence their best assets for institutional investors providing them cheap funding.

Parliament's Finance and Expenditure Committee is currently reviewing the Reserve Bank of New Zealand (Covered Bonds) Amendment Bill, which will set a 10% cap on the amount of covered bonds New Zealand banks are allowed to issue relative to their total asset bases.

Covered bonds give banks access to cheaper, long-term funding by allowing them to ring-fence a group of low-risk residential mortgages into a cover pool. Bonds secured by that cover pool are then sold off to investors who receive both a secured claim on that pool and an unsecured claim on a bank's assets.

Due to this dual recourse security, covered bonds generally attract the highest possible AAA credit rating, which is above New Zealand banks' own ratings.

Last month, Opposition members of the Committee raised fears that unsecured bank depositor claims could be diluted in the event of a bank failure, as they would not have access to assets in a bank's covered bond pool.

Appearing in front of the Committee last week, Westpac Treasurer Jim Reardon said Westpac acknowledged there was a risk at the extreme level that covered bonds could subordinate the interests of unsecured creditors, including deposit holders.

“But Westpac believes that the management of the broader interests of New Zealand bank customers – both depositors and borrowers – are well balanced by the RBNZ’s imposition of a 10% cap for institutions," Reardon said.

“The ten percent cap on the bank’s assets is seen as conservative in managing these interests, and is consistent with, or more conservative than, most of the international regulators, and certainly well below where the international credit rating agencies see as impacting the unsecured rating of the banks," he said.

Although covered bonds have been issued in Europe for more than 200 years, they're a recent development in other parts of the world including New Zealand, where legislation either has recently been introduced, or is being introduced. Like the Reserve Bank of New Zealand, regulators elsewhere have defined and set thresholds to limit covered bond issuance, with New Zealand's 10% of the issuer's assets at the high end of what's allowed.

Reardon said members of the public, and members of the committee, had expressed concerns over the subordination of depositors, and ultimately the potential impact covered bonds might have on the broader asset pool available in the event of a bank entering statutory management, and the government being asked to step in with some form of financial support.

“We’ve calculated that, even in a catastrophic event, where a bank that utilised the full cap of 10% of its covered bonds, with loan defaults of 30% the unsecured creditors would still be made whole on that event," Reardon said.

Asked by interest.co.nz about that calculation following the Select Committee hearing, Reardon said Westpac had run a generic scenario across its whole book.

“If we had 30% loan defaults, and assuming a 33% loss on default, the impact on unsecured creditors is they’re still made whole," Reardon said.

The balancing factor was the bank’s capital base, he said.

In his submission to the Select Committee, Reardon said to put the loan default figures in context, Westpac suffered loan defaults of less than 1% during the worst of the global financial crisis.

"Australian banks experienced similar levels of default. The worst-hit banks were in the US, with annualised losses on prime mortgages of less than 6%. The US is a non-recourse market for mortgages, unlike Australia and New Zealand," Reardon said.

“The financial services organisations impacted most severely during the GFC were organisations who were unable to maintain access to funding markets. Generally, through concentration of funding sources, covered bond markets proved the most resilient and consistent funding markets through the GFC," he said.

“Rather than these bonds being a risk for the government in the event of a bank failure, they are a preventative tool to ensure failure does not occur," he said.

The worst-hit banks were in the US, with annualised losses on prime mortgages of less than 6%. The US is a non-recourse market for mortgages, unlike Australia and New Zealand," Reardon said.

I think this is because two of the world's largest financial disasters - Fannie Mae and Freddie Mac extended insurance to these mortgage products so the banks did not take the hit. Maybe Mr Reardon could work a similar miracle here with the higher LVR product?

But I notice the US Treasury took the USD 6.0 trillion debt of these two failures of finance on to the books last Friday. - who said corporate socialism was dead in America.

Truth be told, Fannie, Freddie, and the American taxpayer and economy will remain highly exposed to mortgage Credit risks for many years to come.  While GSE mortgage holdings (and balance sheets) have been somewhat reduced, exposure to mortgages they’ve insured remains at near-record levels.  Fannie’s “Total Book of Business” (mortgages held in the portfolio and MBS insured) ended June at $3.183 TN, little changed for 2012 and down only about 2% from the March 2010 high.  Across town at Freddie Mac, total mortgage exposure remains above $2.0 TN, down only 10% from record highs.  It is also worth noting that FHA guarantees have increased dramatically since the 2008 crisis to exceed $1.0 TN.  I’ve argued that there will be “no exit” from Federal Reserve “easy money,” and there will similarly be “no exit” from federal control over mortgage Credit. Read More

The article is spot on ctnz  - thks vm.

The point to note is why do these extremely sophisticated lenders demand secured lending for term loans to NZ banks - what do they know that the silly unsecured term retail depositior does not and is seemingly obvious to the RBNZ as they hurredly prepare for the passing of legislation to enable OBR.

Since a large chunk of the today's ANZ's profit announcement came from the retail side of the ledger - questions have to be posed and answered .

From Stuff: While institutional profit dipped slightly and growth in commercial profit was modest the bank’s retail earnings rose to $321m, from $239m last year.

You only need to look at the recent news of the Australian Financial Sector being valued by Market Cap as greater that the European sector to realise that the Australian banking sector is way out of proportion to the rest of its economy,  the housing bubble in aussie is dangeriously inflated. Sub prime lending is starting to come to light.

If the, even flat out broke, banking industry of 250 million people is valued less than that of 25 million people, you need not be a expert to realise the danger. Remember that inside the EU are countries like Germany (80 million) with sound economy, positive balance of trade, same goes for the Netherlands (16 million). In these countries you can't go to a electronic store buy a big screen TV and pay with credit card, they only take cash, same goes for car dealers, service departments. I know cause I have tried it. People save money and use cash. If your a business in NZ or Aussie that stoped taking Credit Cards you'd go bust.

Aussie banks will go the same way those in UK, Europe and US, there is no reason to suggest that they are cleverer than any one else. They will say they are, as do their central bank overseers. But they all said that!! Then what happened. http://j.mp/L32BnJ

“If we had 30% loan defaults, and assuming a 33% loss on default, the impact on unsecured creditors is they’re still made whole," Reardon said.

The balancing factor was the bank’s capital base, he said.

And what is the "bank's capital base" - as the implications being that this not include the monies held on deposit?

However even at your numbers I would assume that doesnt mean you get nothing past that limit, maybe its only 75%...

Lots fo Qs un-answered.....“If we had 30% loan defaults, and assuming a 33% loss on default, the impact on unsecured creditors is they’re still made whole,"

Personally I expect a 60~75% house price collapse...now some will be badly effected, some wont....I think it could be worse than the above myself.....think Great Depression...

"The balancing factor was the bank’s capital base, he said."

and what is that made up of?

say shares?  I expect those to be worth anything down to 10% of their present value.

Solid capital is only cash, anything else isnt realised $s to pay out on until its sold on the open market.

If you equate the share price decline, to confidence in the bank, then what happens with a 30% default rate, which is the level he contends depositors are still made whole?

He is  'assuming', a 66% recovery of debt, on loans, in an evironment where 1/3 of  borrowers default.  That is very optimistic,  hard to see how any bank can survive a 30% default rate, let alone expect to recover 66% of the loan amount.

And yet on this basis, with covered bonds, depositors still get shoved to the back of queue.