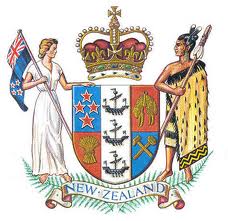 The Treasurer of the New Zealand Debt Management Office (NZDMO) has hinted the Treasury unit, which manages the government's debt, may continue indefinitely with a new policy of pre-setting the value of  bonds issued at each bond auction rather than the previous policy of seeking to meet market demand.

In a break from its past policy of sounding out market demand and striving to meet it, in the weekly auctions during the September quarter the NZDMO has been issuing a pre-set amount of NZ$250 million each time. This has ended the days of huge swings in the value of bonds sold by the government from week to week, which most recently peaked with highs of NZ$1 billion twice last year.

If investors simply took part in the bond tenders, they didn't need to go through financial intermediaries to buy bonds.

"The second benefit is we're more consistent, transparent and even handed about the way we do things. We're not having to make decisions every week about how much gets done," added Doyle.

It was too early to tell whether secondary market activity had picked up, he said. Meanwhile, Doyle said he believed the new auction format selling the pre-arranged amount of NZ$250 million had been going well.

"The market still has to adjust to the change but from our perspective it has been going well and this is our preferred method," Doyle said.

The NZDMO would announce sometime late this month whether it'll continue with this new tendering method into the December quarter, added Doyle.

Christian Hawkesby, Harbour Asset Management head of fixed income, said he was a fan of the changes the NZDMO had made.

"We think having consistent sized tenders will create more volatility in yields which is good for nimble fund managers to take advantage of," Hawkesby said.

However he said some other market participants weren't so keen, noting that big offshore investors, when they swooped into the NZDMO tenders, sometimes wanted to buy NZ$200 million, NZ$300 million, or even NZ$500 million worth of bonds in one hit. The new auctions with a set limit would make it harder for them to do so. And Hawkesby suggested bond market dealers might prefer to see a half-way house from the NZDMO in the future whereby the size of the auctions was consistent but there was scope for changing the volume of bonds on the block "on the margin."

Westpac senior market strategist Imre Speizer said although consistency of supply was a good thing, it required relatively even demand, which wouldn't always be the case.

"You'll get periods where if demand has retreated, if they stick to their plan to issue that amount, then they'll have to issue it come what may and it will end up costing the DMO more money. Although if they take a long-term view, if they're willing to bear such costs thinking in the long run that helps develop the market better, it's probably the right approach," Speizer said.

Having a consistent issue amount was likely to be positive for secondary market trading, Speizer added, although there were no signs yet this had increased, but a "sea change" for trading activity would be having a significant increase in the value of bonds on issue from the current level of about NZ$61.6 billion.

Tenders so far this year have had their ups and downs. There was a mammoth NZ$900 million bond auction in April, and a failed auction the following month when only NZ$10 million of bids were received for NZ$100 million of the 2019 bonds offered. And in August the NZDMO said it would honour NZ$26 million worth of bids for bonds that were accidentally excluded from an auction.  May's budget set out that the NZDMO would issue bonds worth NZ$13.5 billion in the 2012/13 year.

Doyle joined the NZDMO from a role as managing director of Westpac's global capital markets business. Previously he had a nine-year stint at the NZDMO, including three years as head of portfolio management between 1999 and 2002.