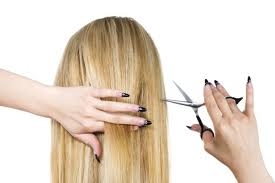 The Reserve Bank says its new tool for dealing with a bank failure could save taxpayers' more than NZ$1 billion regardless of whether there is a bank failure or not.

In a Regulatory Impact Assessment of pre-positioning for its Open Bank Resolution (OBR) policy, the Reserve Bank says implementing the policy will reduce economic and bailout costs, and reduce government debt servicing costs. However, it suggests the OBR will increase bank funding costs, and comes with set-up and ongoing maintenance costs for the banks - or their shareholders.

The Reserve Bank, which notes the liabilities of the New Zealand banking system account for about 180% of national Gross Domestic Product, first began working on the OBR policy following the 1997 Asian financial crisis and renewed its efforts following the global financial crisis. It says OBR is aimed at allowing a distressed bank to be kept open for business, while placing the cost of a bank failure primarily on the bank’s shareholders and creditors, rather than the taxpayer.

“Bank failures in New Zealand are rare and the financial system remains sound," said Reserve Bank Deputy Governor Grant Spencer. "The OBR policy will offer government a very real alternative to bailout in the event of a bank failure in New Zealand. The availability of OBR as an option is expected to reduce moral hazard, strengthening incentives for banks to operate prudently and to seek private sector solutions during a crisis."

“The Regulatory Impact Assessment estimates that the net benefits of having OBR available in the resolution toolkit are worth more than NZ$1 billion,” Spencer added.

All locally incorporated banks with retail deposits of more than NZ$1 billion will be required to pre-position their technology and banking systems to meet the OBR requirements by the end of June 2013. This includes banks from newcomer the Co-operative Bank right through to the country's biggest bank, ANZ New Zealand.

The banks themselves haven't been thrilled by the prospect of pre-positioning for OBR. Kirk Hope, CEO of the New Zealand Bankers' Association told interest.co.nz in April that banks needed a clearer picture of the policy justification for it. The banks had to provide detailed implementation plans to their prudential regulator by the end of February, setting out how they meet the OBR pre-positioning policy.

(The Reserve Bank says table 2 below presents the net impacts of implementing the OBR. All figures are presented in net present value terms ($m). )

The Reserve Bank acknowledges that although it isn't possible to predict with certainty a precise dollar value impact of the OBR policy, it's satisfied the policy is sufficiently robust to be worth implementing.

"There is a higher probability of a parent (bank) or market support with the OBR option available because it gives the New Zealand government another credible alternative to bailout, thus strengthening incentives for a private sector solution," the Reserve Bank says.

"There is a higher probability that the government will choose OBR (if it is available) rather than ordinary statutory management, as OBR should ‘buy time’ for the government to constrain the impact on markets and the wider economy of the failure situation."

The likely increase to bank funding costs reflects a likely increase in losses borne by investors due to a reduced probability of bailout and a higher chance of losses under OBR.

The Reserve Bank assumes an initial investment of NZ$20 million, across the banking industry, to pre-position the required system changes to implement the policy. And it assumes a net cost of NZ$1 million per annum for ongoing maintenance.

"OBR is an example of a creditor loss sharing mechanism and puts in place systems to enable creditors to share the losses associated with resolving bank failures, in addition to shareholders assuming the burden of first loss.  Under OBR, a bank would be open for (full-scale or limited) business within one business day from occurrence of an insolvency event and be able to provide depositors with full or partial access to their accounts and other bank services," the Reserve Bank says.

"Conceptually this is straight-forward, however there are operational obstacles to make OBR work. Many of these operational issues are addressed through prepositioning the IT functionality to enable OBR to be executed within the necessary timeframe. Operational prepositioning is therefore a critical component of OBR."

The key processes of OBR include the following phases:

• freezing a portion of pre-positioned customer accounts and freezing all other creditors’ claims in full (overnight process);

• bank re-opens for core transaction business and allows customers to access the non-frozen portion of their funds;

• release of an equivalent portion of all other liabilities in due course;

• decisions on the bank’s final resolution.

A portion of unsecured liabilities, including deposits, would be frozen

"Under OBR, unsecured liabilities that rank equally among themselves (including deposits) will have a portion frozen. There is therefore a large base, which eventually could be used to recapitalise the bank. The initial freeze represents the portion of the claim that is expected to be required to cover losses plus a conservative buffer. However, the final losses to creditors only crystallise at the end of the resolution process, for example through transfer of the business to a bridge bank or another entity or when the bank or its bad assets are liquidated," the Reserve Bank says.

"The statutory manager cannot directly and immediately impose the losses on creditors. The final resolution of the bank ultimately determines the extent of the burden-sharing imposed on creditors."

The Reserve Bank says the freezing of unsecured creditors’ funds would only happen if enforcing full losses on equity, quasi-equity capital holders and subordinated creditors was considered unlikely to generate enough money to cover all losses with a sufficient buffer.

I think I am right in saying that not a single OECD country has anything like the OBR policy.

The reason? Simple - it will turn into a shambles. The first bank that gets into trouble and triggers an OBR event will trigger a stampede out of each and every other NZ bank. I will be first in line to pull my cash out of the NZ banking system and I see no reason why the line behind me won't stretch around the block. Money will flood to Australia (which maintains its sovreign depositor guarantee). As is typical of NZ, most people will be unaware of the OBR stipulations (until it is too late) but then the realisation that they will lose 10-20% of their capital will hit them like a bolt from the blue (particularly when they realise that ahead of them in the line will be those overseas entities which bought the covered bonds backed by the bank's blue riband assets - but thats another story).

The OBR will trigger banks runs throughout the NZ banking system the first time it is enacted.

Agreed. Even Don Brash said as much. The govt would have to step in with a guarantee for the remaining banks regardless of the OBR to prevent a stampede out of the NZ banking system. Too big to fail anyone?

A better solution is the one proposed whereby people have the option of having their money in current or investment accounts.

The current accounts may accrue little or no interest but are completely guaranteed and are off the balance sheet of the banks, residing with the RB. Most business and personal accounts would fall under this category.

Investment accounts would earn interest commensurate with the risk of the product they were invested in. This would have to be transparent ie mortgages, company loans, developer finance. Like term deposits people would have to wait for the bank to be wound up before getting their percentage of money back.

Want interest, take whatever risk you are comfortable with. Want a 100% guarantee, don't expect any interest.

Isnt that what the open doors policy means? though quite how emptying your deposit account into your current account so you dont lose it differs I dont see.  Guess I need more understanding on the idea.

I dont see how anything is or should be totally guaranteed btw....

but does the OZ systen guarantee foreign investors? such as NZers?

Also the overseas entities are locked in, ie illiquid, they cant like us withdraw money over-night....

I also dont think its only 10 or 20% loss, I think given the leverage an event would see a total loss as quite possible.

Im not so sure the OBR is that bad, it may not work but hell the alternativce certianly is bad....its worth a try IMHO.

To all those Coffee supping, finger tapping, long pants, beige mindsets - WTF do you think you are doing?  Read your history and understand bank runs!  Maybe you should all go back and read your vision and goals.

Traffic jams at money machines, online removal of account funds, queues at the banks, have these imbeciles not heard of texting and how quick news gets around.

Dont you want to avoid moral hazard? or too big to fail?

I think they have thought very hard about it...thats the point.

but also consider that it looks to be worth trying, the idea seems sound. The alternative is otherwise you and I as tax payers (at least I assume you pay tax) are clearly on the hook.

anmd just because the bozos abraod have not done it, doesnt mean it wont work....dont you want some leadership?

Traffic jams etc will happen....best you can do is take out $500? a day anyway.  The big change is now Internet banking. The Q will be, is where Im moving it to safer or not. The thing I look at it all the banks are really the same monolithic culture, market, outlook and risk profile.

The milke market collapses to <$4 a kilo, what NZ bank isnt badly exposed to dairying?

If the OZ housing market really goes pear shaped what is the difference in the big 3?

So maybe some sort of risk matrix is needed identifying the risks v the impacts and v each othe.....

This would tell me bank A isnt as much exposed to residential compared to farming but is highly exposed to commercial.....

Bank B has the same risk profile

Bank C however is highly exposed to farming.....

Next you can do the same with bank A, B and C so we might see B is more exposed to commercial than A so likely to see a bigger loss....