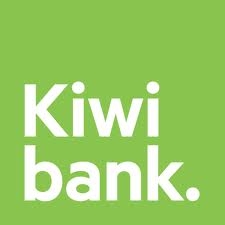 Kiwibank has posted a 10% drop in half-year profit and confirmed plans to spend more than $100 million over four years upgrading its core banking system.

CEO Paul Brock said the core system upgrade, plans for which were reported in interest.co.nz's subscriber email last August, will take place over three to five years and involve a number of IT providers and a banking system created by German firm SAP.  Brock told a media briefing the key infrastructure being replaced would be in the product and payments areas. The upgrade would be funded through retained earnings and money from parent New Zealand Post.

Asked by interest.co.nz whether he could provide any upper limit on the "more than $100 million" cost of the core system upgrade, Brock said it was very challenging to do this.

"Certainly there are no guarantees when you embark on these sorts of projects. So from that point of view we always talk ranges and clearly strong disciplines internally to manage within those ranges," Brock said.

"But until you lift the hood you don't quite know how much effort it's going to take and for how long. If you look at the history of large IT projects, putting exact numbers on them is not a good idea. So from my point of view I like to talk about ranges instead of specifics."

Brock did say he didn't expect the upgrade to have a massive impact on Kiwibank's capital ratios, all comfortably above Reserve Bank mandated minimums at December 31. Meanwhile, SAP was chosen because it's a large global provider of banking software, with a very customer driven system that's "very, very scalable in terms of industrial strength common process," Brock added.

Although the majority of its traditional core banking functionality is provided by a Unisys-based system, ASB has built a number of new and specialist functions on a SAP system over the past three years. ASB says the SAP system will be its primary development platform for future products and services.

Brock said SAP will be paid under half the ultimate cost of the project, with other IT providers receiving the balance. The core system upgrade is needed because Kiwibank is now more than just a retail bank, Brock said, having business customers, and providing wealth and insurance products from sister companies Kiwi Insurance and Gareth Morgan Investments.

“We are looking to the future growth of the bank and to make sure we have the right back office systems and infrastructure to support our strategic plan,” Brock said. "The core system upgrade project will take place progressively to avoid any disruption to existing services, but ensure the bank has the capability to manage growth and increasingly-complex technological advances in the banking industry."

Kiwibank will be upgrading the core system , built by Australian firm Ultradata, that it has had since launching in 2002.

Brock said Kiwibank had completed a "proof of concept" enabling it to understand whether it can connect a new core banking system with its existing channels and systems. This had proven "very successful."

Profit after tax fell $6 million, or 10%, to $52 million in the six months to December 31, 2013 from the record interim profit of $58 million in the same period of the previous year. The drop came as Kiwibank's operating expenses rose $13 million, or 9%, to $160 million. Brock said that preparing the bank for last year's introduction of anti-money laundering laws had been the main factor, although he wouldn't provide a specific cost for this.

A government paper estimated implementation costs of New Zealand's anti-money laundering regime included one-off start-up costs of $97 million and $21 million a year in ongoing costs, with the bulk falling on banks due to their scale.

The Reserve Bank introduced restrictions on banks' high LVR residential mortgages from October 1 last year. This means banks must restrict lending at LVRs above 80% (where borrowers don't have a deposit of at least 20%) to no more than 10% of total new mortgage lending. This 10% limit excludes high LVR loans made under Housing New Zealand’s Welcome Home Loans scheme, the refinancing of existing high-LVR loans, bridging finance or the transfer of existing high-LVR loans between properties, and new residential construction loans.

Brock said Kiwibank was at about 9% at the end of January. Last month the Reserve Bank said banks' high LVR lending made up just 4.7% of total new mortgage commitments in December, down from more than 25% last September.

Brock said deposits accounted for 81.7% of all funding, with Kiwibank having 840,000 customers at the end of December. Of these, he said 385,000 were considered main bank customers, meaning they have most or all of their banking with Kiwibank. He said this gave Kiwibank 10.7% market share.

"Following a successful pilot in Kapiti, Kiwibank opened a further eight branches in the North Shore as part of its retail transformation programme. Compared to existing Postshops, there is a much greater focus on banking with a new layout, new technology and specialist banking roles. Feedback from customers has been very positive and the initial results were in line with expectations," said Brock.

He said Kiwibank's financial performance in the second half-year should be at least as good as the first half, if not stronger.

(Story updated with comments from CEO Paul Brock made at a media briefing, and details of December quarter home loan growth. Also corrects that SAP will be paid under half the cost of the core system upgrade, not over half).

Speaking of IT Projects

Big IT projects usually end up costing 280% of the original budget. Time will tell if this will be the case here.

For their SAP modernisation Commonwealth Bank estimate $580 million, and it is now looking to be 1.1 billion.

alternatively, the purchaser didn't spend enough time doing the boring stuff, you know, like documenting and specifying their requirements. Then down the track start bringing to the table all the stuff they forgot to mention at the start. Requiring a lot of re-engineering. Usually the fault can be spread far and wide.

Agree. It's usually purchaser governance/management that causes the problems. They start off agreeing to swap out their old Corolla for a new Mazda 5; by the time they have swapped this part for that and upgraded that bit they have ended up with an RX7. Unfortunately they forgot they now have to train their staff to drive the completely unfamiliar car and, because it doesn't carry as much stuff as the old Corolla they have to completely rethink how they are going to use it. The consultants will cheerfully invoice for this dog's breakfast but it wasn't necessarily their fault.

BTW Stephen Joyce's recent comment on Novopay that current problems are being caused by the way schools are using the system and that they need to re-engineer their business processes is the classic sign of a failed project.

Absolute agree with Kumbel, when Joyce said it was the schools fault for not being compatible with Novopay it told me the system had no basis in reality.