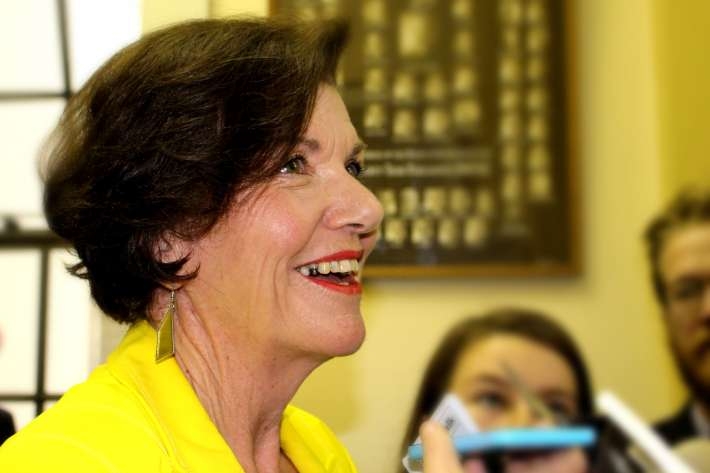 Prime Minister John Key and Social Development Minister Anne Tolley have signalled the Government is planning a major package of measures in Budget 2015 to reduce housing, childcare, transport and debt costs for those 60,000 families with up to 100,000 children in severe hardship.

Commenting after the release of the second annual Child Poverty Monitor by Children's Commissioner Russell Wills, Tolley and Key told reporters they accepted the data in the Monitor showing tens of thousands of children were in severe hardship.

Earlier, Tolley told Morning Report a group of Ministers were meeting weekly to build a package of measures for the May 2015 Budget after Key signalled in the wake of the September 20 election the Government would refocus its efforts on the area.

The Monitor found 260,000 children (24% of all children) were living in relative poverty after housing costs, with 34% of Maori children and 28% of Pacifica children living in poor households.

"The Prime Minister has said it's a priority for this term of Government that all New Zealanders benefit from the growing economy with a focus on children who are living in hardship," Tolley said.

The first thing the Government could do was get someone in the household into work, while reducing housing costs was the second part, she said.

"We've got 3 senior ministers focused on housing, looking at things like supply. The cost of housing for households has gone from about 30% of after tax income up to about 50%, and that makes a huge difference particularly in households where they've got a low income."

Tolley said ministers were working across the Government to make billions of dollars of new spending more effective, while Key was leading work on directing extra resources to children in hardship.

"There's just not enough money going into the household. The Prime Minister is leading that piece that senior ministers are working on at the moment,"she said.

Tolley agreed that Budget 2015 would be focused on child poverty and follow on from the NZ$500 million packaged announced in Budget 2014, although she later told this reporter the 2015 package would be smaller than that.

"Absolutely," she said when asked if the Budget would focus on child poverty. "Ministers are meeting weekly, working our way to make sure we're all working together so we haven't got that six cars up the drive, which we still have a lot of in our communities. We want to get the best, most effective spend for those complex families," she said, adding the Prime Minister was leading Budget 2015 work.

"Yes. It's shaping up to be a really big piece of work. Some of it short term and some of it really long term," she said of the Budget work.

Key said most New Zealanders would view the number living in "clearly and materially poor" conditions, which the Monitor saw as those between 9 and 11 on a deprivation indicator, which was around 110,000.

"My office would probably identify that group as somewhere between 60,000 and 100,000, but we are broadly in the same group. That's the group I'm focusing on," Key told reporters before a National Party caucus meeting.

Key said officials were scoping out a range of different initiatives

"The main issues for those households are -- because we think there's 30,000 to 60,000 families with 60,000 to 100,000 children -- the general cost of housing and accommodation for those families, transportation if they are going into work, childcare costs when their parents are working, and it's excessive levels debt they may have built up prior to being a beneficiary, that they are often paying loan sharks and others exorbitant rates," Key said.

"Once you've paid some of those costs then there's obviously not enough to pay, for instance, for food at the level we would all expect those youngsters to be fed at, so they are the follow on effects," he said.

What makes anybody think that this is the time that it's different?

Is Asian child povery in NZ also going to be targetted?  Given Asian's don't usually have as many kids as Maori and Pacifica does the following mean that there are more Asian families in poverty than Maori and Pacifica?

Pacific and Maori young still have by far the highest rates of poverty-related illness, but the Maori rate dropped steeply from 58 hospital admissions for poverty-linked conditions for every 1000 kids in 2012 to 52 for every 1000 people last year.

That nzherald article is a big surprise

That Herald article had some very interesting statistics.  I was surprised how much lower the the Maori rate (52)  was than the Pacifica rate (87).  I would not have thought that the socio-ecconomic differences were that great.  The only difference that I could think of is that Moari children have good access to primary health care where as many Pacifica children do not because their parents are overstayers.  The flow on effects of this can be very serious as they only come into the health system when their health has suffered very seriously and often irreversably.  The higher and rapidly rising Asian figure may well be the result of the same mechanisim.  All this is a pointer to the probability that we are managing our imigration very poorly and as the figures show this poorly serves both the overstayers and NZ

The implications of those statistics is that the much-touted immigration program is failing in its intended purpose, and in doing so, creating an immediate health cost to society together with a longer term social problem

A few of the poverty-related illnesses are listed at the bottom of my post from another  extract out of the Herald.....

It doesn't matter whether you are rich or poor you can still get these illnesses and be hospitalised from them.......

How do hospital officials collecting this data know if the person presenting with the illness is from a poor or wealthy family?

What about other issues like antibiotic resistance, poor hygiene, ignorance etc?

What are the questions health officials ask of patients/parents/care-givers etc before the drop the target into the poverty-related box?

How many children from middle and high income families are hospitalised annually with the same illnesses?

Personally I know of many cases where people have been poorly/improperly diagnosed at the GP visit and later ended up in hospital with complications.......and there appears to be no statistics kept on the patients who were misdiagnosed and then required hospital admission because of this!!

"Wills' report is expected to reveal a 12 per cent rise from 2007 to 2011 in hospital admissions for poverty-related illnesses such as acute bronchiolitis, gastroenteritis, asthma, acute upper respiratory infections and skin infections".

If every politician had had to perform and meet the criteria invested in them, there would be no problem to solve.

The money go round, does not hit the entitled, just some their constituents all over the place.

Honourable. I think not. Bickering bunch of loonies. Left, right and centre.

Dirty politics is apt. They are a disgrace.

Cannot even build a prefab, house our own kids,  never mind a Nation.

Taxes should never apply to the first 20K, where poverty lies, only to the tax evaders.

Bloody LOAN SHARKS . Why should the working Kiwi Taxpayer be subsidizing LOAN SHARKS who have tied up beneficiaries ?

What utter nonsense , we need legislation around Usury to curb this scourge , including and not limited to the following :-

1) That the interest on an unpaId unsecured payaday loan  debt CAN NEVER exceed the pirincipal sum borrowed , so if you lend $1,000 the total debt can NEVER exceed $2,000, no matter how long it takes to repay .

3) That if the lender lends recklessly without ascertaining the borrowers ability to repay the laon , the lender can not seek redress to recover the debt

4) So if a LOAN SHARK lends to a beneficiary they cannot cry foul when the borrower cannot repay , because they ought to have known the borrower was on the benefit

This may sound radical , but its a real problem among the financialy illiterate , and is a direct casue of household poverty.

There is so much right, but also so much wrong with what you say.

If you are going to ban usury then go back to the original meaning and ban all forms of interest.

What you seem to miss is that usury is supported by the ability to use of coercive force. A loan shark might be large an intimidating. In New Zealand we have the Police to enact the will of the banks. On an International scale we have the might of the US military to enforce the use of wealth stripping of their empire.

We will continue to have embedded deprivation if the National Party continues it's current blind course.  And the answer is not in welfare fiddling, but in building a productive economy where the interests of New Zealanders are put first.

Also they seek increased GDP in an internationalised labour market.  They have a moderate success with that, but that excludes New Zealander of lower skills, often towards no hope of producing their own income. Thus poverty in our land of plenty.