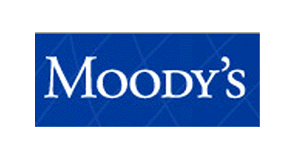 Credit ratings agency Moody's is warning an increase in government debt over the next few years, or a major spanner in the works of New Zealand banks' ability to borrow overseas, could see it downgrade New Zealand's Aaa sovereign credit rating.

Moody's makes these comments in a semi-annual update report on the Government of New Zealand. Moody's has a stable outlook on the Aaa rating, and the update features no credit rating action. Moody's says the stable outlook is based on the government's low debt relative to most other Aaa-rated countries and its expectation NZ will continue with fiscal and monetary discipline and market-oriented policies. Aaa is Moody's highest possible rating.

Here's more detail from the report.

New Zealand's Aaa rating is based on the country's high economic strength, very high institutional and government financial strength, and low susceptibility to event risk. New Zealand's flexible and market-oriented economic policies have supported economic performance that has become stronger and less subject to external shocks. Although per capita income is at the low end of the Aaa range, it is nonetheless high by global standards. The relatively small scale of the economy is also a factor considered in assessing economic strength. Institutional strength is very high, as measured by governance, rule of law, and transparency. In addition, Moody's expects that the government, regardless of the party in power, will maintain a policy of low debt and fiscal discipline.

While the fiscal balance deteriorated as a result of a recession and the earthquakes that struck the country in 2010 and 2011, the government that first came into office in 2008 and is now in its third term has indicated its intention to return debt to a prudent level. Gross “total crown” debt has peaked at well below 40% of GDP before beginning to decline, although the IMF reports a lower value using market value of the debt. We believe that the debt trajectory and the policy to deal with shocks remain compatible with a Aaa rating.

The credit strengths underpinning New Zealand's Aaa rating include: (1) its advanced economy with strong government finances and sound monetary policy, (2) government debt levels that are lower than the median for Aaa sovereigns, despite a rise in recent years, (3) a strong fiscal framework and political consensus on targeting balanced budgets and low debt, and (4) a strong banking system that is mainly foreign owned, lessening the government's contingent liability.

The main credit challenges facing New Zealand include: (1) a resource-based economy that, on balance, remains exposed to volatile export earnings, and (2) one of the largest net external liability positions of advanced economies.

During the first quarter of 2016, the economy continued to grow at a fairly strong pace. Expenditure on real GDP was up 0.5% from the previous quarter and 3.1% for the year ended in March. (Figures in the Key Indicators table are for calendar years.) This followed a 3.2% rise in the year ended March 2015. On a production basis, which is the series most generally used in New Zealand, the quarterly rise was 0.7%, led by a very strong 4.9% increase in construction, mainly of infrastructure and housing. Net immigration, which is near record levels, has also contributed to GDP growth, as has tourism, which has been strong in the past couple of years. We expect that service exports and construction will continue to grow at a relatively strong pace, supporting growth of above 2% annually over the next two years.

After four reductions in the Official Cash Rate during the course of 2015, the Reserve Bank lowered the rate again in March to 2.25%, its lowest level in recent history. The reduction in the interest rate target has occurred despite the relatively solid economic growth, because inflation as measured by the CPI remains below the RBNZ's target range of 1-3%. After reaching a low point of a 0.1% year- over-year increase in the fourth quarter of last year, the annual change in the CPI rose to 0.4% during the first quarter of 2016, still well below the target range. The RBNZ said in its June Monetary Policy Statement that the rate could possible go down further. The policy dilemma is that while consumer price inflation remains low, lower interest rates are a contributing factor in the rise in housing prices. Further macroprudential measures may be considered to dampen house price rises while maintaining an accommodative monetary policy.

Dairy prices, after falling more than 50% in 2014 and further in early 2015, later in 2015 and in early 2016 but are once again on a downward trend. Nonetheless, while they remain below historical averages, they are well above their low points reached in 2015. Fonterra, the cooperative milk marketing organization, expects relative stability in the coming nine months. Lower average prices have placed strain on farm balance sheets and NZ banks are likely to see problem loans rising in the sector. However, the proportion of total bank assets in the dairy sector remains fairly low, meaning that this problem remains manageable for the banking system.

The Budget Economic and Fiscal Update was released with the budget in May, showing a small estimated operating surplus of 0.3% of GDP for the fiscal year ending June 30, 2016 following a surplus of 0.2% during the previous fiscal year. The balance for the latest fiscal year had previously been estimated as a deficit. The government's forecasts show rising surpluses in the coming four fiscal years, reaching 2.2% of GDP in 2019-20. As the government is committed to not raising taxes, and revenues as a percentage of GDP will remain fairly steady, the rising surplus is based primarily on expenditure controls. If these forecasts are realized, the ratio of gross debt to GDP would decline to 27.9% by 2020 from the estimated peak of 36.2% at in 2017. The government has indicated a goal of a net debt figure (now about 25% of GDP) of around 20% of GDP or less by 2020, and the latest forecasts indicate this figure at 20.8% in that year.

Certain Rating Agencies were, allegedly, highly complicit in the GFC. It was alleged these Agencies colluded to give "utter rubbish", 5* ratings, and thus unleash Weapons of Mass Financial Destruction on the public.
Assuming this is correct then it is extremely offensive and insensitive, based on the financial destruction they have caused so many people, to deal with these agencies even again.
I suggest that by giving such agencies "airtime" you do not, personally, believe this to be true; and are happy to be held account for your stance; if not then ones moral compass should be re examined... removing the article would speak volumes for ones integrity.
Trust (and Reputation) are the only real currency of the future.
https://www.ted.com/talks/rachel_botsman_the_currency_of_the_new_economy...