We take an updated look at what the bond markets are signaling. Rate curves are trending down and some have turned negative. Where is this all leading?

We take an updated look at what the bond markets are signaling. Rate curves are trending down and some have turned negative. Where is this all leading? 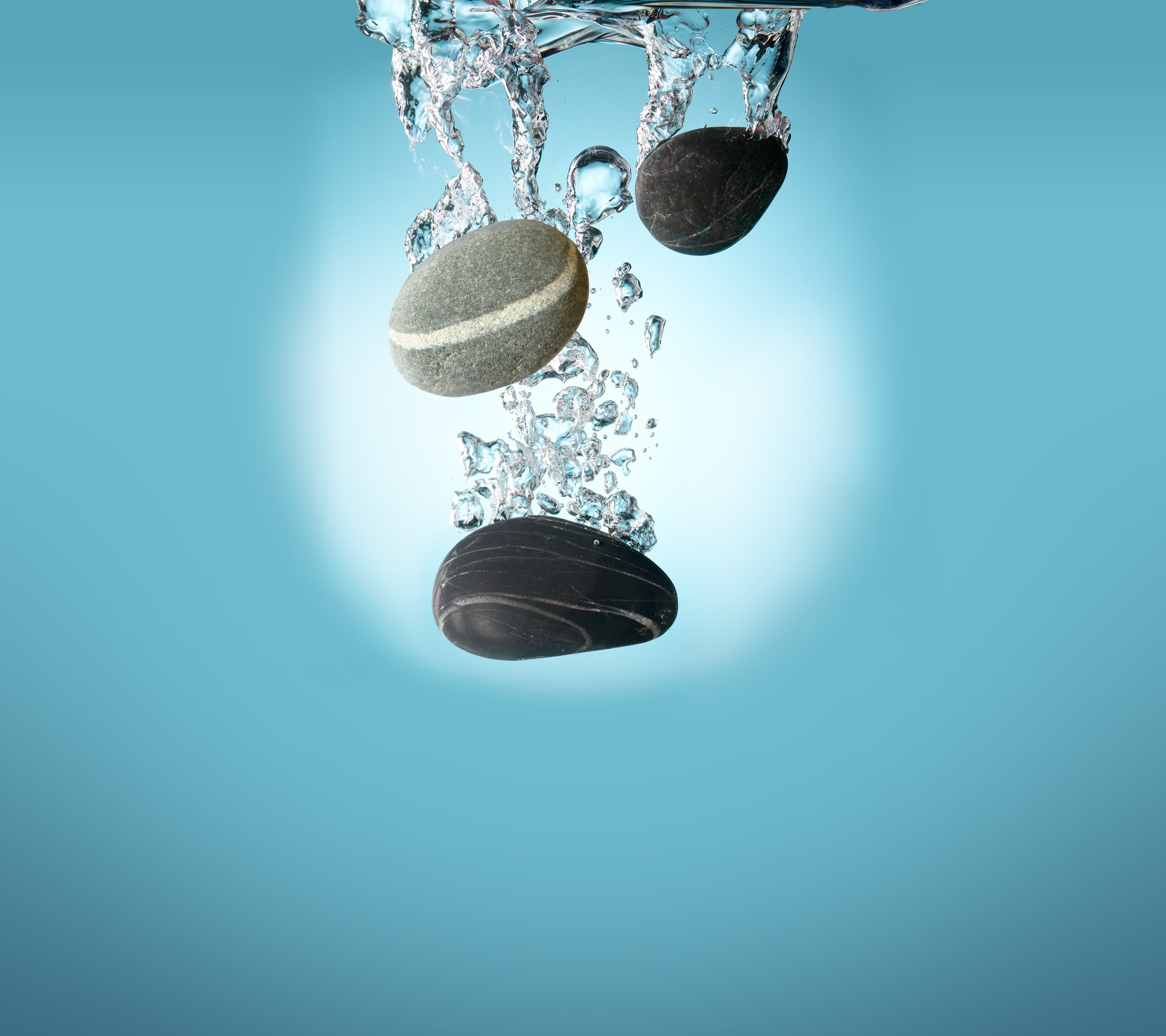 Worldwide, benchmark bond yields are falling. Benchmark yields (for government bonds) are lower by the day.

On Friday, the NZ Government 10 year bond yield fell to 2% for the first time ever. This is some milestone. (But it ended just a part of a basis point higher.)

Overnight, there have been big moves lower for benchmark bond yields.

How investors price bonds is an important signal for investor sentiment. It is a wisdom-of-the-crowd thing; they don't always get the signal right, but history clearly shows it often does, especially for medium term trends, and almost certainly for longer term trends.

Part of that may be self-fulfilling. But in any case, investor sentiment is important to watch. Surveys capture what respondents tell surveyors; but pricing is where investors act with their own money.

Here is how Government bond 10yr yields have moved over the past two years or so.

In the past five months - since November 2018 - the track of these yields has been clearly down. The first US tariffs in their trade war with friends and rivals alike came into effect then. Investors sensed this would undermine future prosperity and have ajusted their pricing since. Subsequent data has reinforced the view. Equities took a thrashing in the October to December period, but have recovered in 2019.

But bond investors have a history of pricing their risks more in line with much longer term economic trends. The US Fed and other major central bank signals play a larger role. The US Administration's behind-the-scene's attempts to twist the Fed for short-term gains won't have gone unnoticed by bond investors who will have concluded that such messing about won't have positive longer term outcomes.

And the sudden ballooning of the US federal fiscal deficit - as a percentage of GDP - pushed on to a track that many may think is unsustainable - is another factor.

All this gave bond investors a risk-off mind-set. And in those circumstances, money piles into government guaranteed instruments. And when that happens, yields fall.

QE also swells the volume of money chasing investment opportunities, an effect that will depress rates too.

And demographics will play a part - an increasing part - as the baby boomer generation move to convert their equity holdings to more conservative settings (remembering that at some point they will consume these investments, through decumulation).

October 2018 stands clearly marked as the start of the fixed income investor crowd taking collective fright at these trends.

For them, the return of capital become a rising priority, more important than the return on that capital.

In a low inflation world, the risks of capital being eaten away by price rises diminishes at the same time, giving these investors space to worry less about short-term returns.

Two-ten yield curves are one thing, one that is easy to follow. But in the US the 1-5 curve has become inverted. Today (Friday on Wall Street) that inversion widened to -21 bps and as much as we have seen it.

And the spread between three-month Treasury bills and 10-year note yields inverted today for the first time since 2007.

Inverted yield curves never signal that the future will be positive, even if they don't always signal a coming recession. But in the past half a century they have given a false signal only once.

It doesn't take too much imagination to see the 2-10 curves graphed above becoming inverted relatively soon as well. As the sage once said, "If you do not change direction, you may end up where you are heading".

Welcome to a world of ultra low interest rates. Interest rates of 5-8% will probably not be seen again for at least a decade...unless we turn into a banana republic in the meantime.

I think we will head the way of Japan although not as extreme. Prolonged if not pernanent low interest rates

Personally I think never....we'll never have an economy like what has just passed again.

"And the sudden ballooning of the US federal fiscal deficit - as a percentage of GDP - pushed on to a track that many may think is unsustainable - is another factor.

All this gave bond investors a risk-off mind-set. And in those circumstances, money piles into government guaranteed instruments. And when that happens, yields fall."

So the bond vigilantes fear the large risk from the burdensome unsustainable US deficit so much that they ...buy us government bonds and depress yields? Confused.

So more of the same... Over the next decade everyone's house will be worth a million. No use having a million in the bank though because interest rates will be zero or negative. Propped up asset prices means jumbo mortgages become normal, taking a larger share of income and taking longer to pay off. The young will continue to defer having kids, maybe having none. People will never save enough money for retirement. Costs due to inflation will keep on going up, so you will have to keep on working longer to make ends meet. Fine if you do what you love.

What's a government supposed to do? If you want to pay off all the debt, then sure, devalue the currency. Poof, there goes kiwisaver and the super fund.
The alternative is to blow the bubble some more, and we end up like Japan, which is what we will get if we are lucky. Greece could strike at any moment though.

It's not necessarily bad, lower birthrate means good for the planet etc etc. It's just not the awesome future of flying skateboards and time travel we dreamt of in the eighties and nineties. More work with less prosperity for the same dollar.

Eventually things will resemble feudalism, where the great unwashed contribute all their labour to the king/govt, plus the king's anointed few. That's the model we had for hundreds of years before we got growth from oil. Capitalistic economic opportunity (where "anyone can make it") will be mostly gone.

Buy multiple houses, sell some once doubled in value to live will in retirement- debt backed assets rise more than non debt backed (food, clothing, labour . . ) hence why smart people have been acting a little like speculators - even so its likely 10% or less of total population with th rest too timid or strandled in credit card debt to make the same seemingly obvious moves

When interest rates hit zero everyone will have to sell their assets to live, in this sellers market prices will collapse. Even if you could sell I hope you don't expect a return on your money in the bank. I don't think you understand what a credit fueled asset bubble is do you?

When interest rates hit zero? actually I think this will be an after event and not a preceding event.

Actually a "fossil fueled on top of a credit asset bubble" What happens when ppl realise daily oil production is in a terminal downward spiral and they realise the debt cant be then paid? Well then assets will crash to a value that reflects the amount of cash people have, which wont be much, but it gets worse.

Ppl with massive mortgage debt such as the above will be sent bankrupt, the banks will then be stuck with "assets" worth 10~25% of what they are now, hello OBR event.

That cash ppl have? it tales a massive haircut, like 30~50% maybe more.

Problem is then as you say, how will ppl live? rates will still be there, power? broadband? food? Rates, my rates has gone up 6 fold is 20 years cant stop paying it.. Broadband, goes bye bye. Power? well live in the dark and eat fresh and raw I guess.

Agree, it is a mathematical certainty and just the timing in question. Agree also it is likely a policy response, although bond yields could lead the way. Hard to tell the future mate, although I have two longer term predications working out so far in falling interest rates and ethnic violence.

Keep smiling though, things will happen whether you stress about them or not. I have moved to a place that is off the grid recently and it is a bloody eye opener, the energy systems or equation are a not as simple as people would think. How about what to do with lead oxide from dead batteries that is contaminated with sulphur from the acid?

Eventually things will resemble feudalism, where the great unwashed contribute all their labour to the king/govt, plus the king's anointed few. That's the model we had for hundreds of years before we got growth from oil. Capitalistic economic opportunity (where "anyone can make it") will be mostly gone.

Not only oil, but also the great unwashed masses getting enough power to tax land, inheritance etc. too, as well as demanding more share of the pie for their labour.

This assumes no OBR event. ie growth for ever on a finite planet.

Everyone is incredibly pessimistic. When there is an answer. sitting there that only entrenched ideology prevents us from using. So interest rates aren't going to do much anymore for growth. They've reached their end point. But we have a thing called a government. This thing called government has the power of the purse. Like the 1930s needed WW2 spending to break the stagnation, the world now needs a New New Deal - without the war. Fiscal policy is where it's at. And even mainstreamers like Olivier Blanchard, no MMTer, is saying a lot of MMT-like things about the need to use fiscal policy in this world of low interest rates and low inflation. Interest.co.nz - it would be nice if you could cover some of the MMT debate that is currently going on on Bloomberg etc. NZ needs to think about it too.

No fiscal policy can change a physics problem. MMT appears to be as ignorant of Limits, as the neo-libs and the so-called communists. They're all about fraw-down of resources, just for slightly different cohorts. Doesn't change the underlying problem.

MMT-ers are at pains to stress the real resource limits to spending. How you choose to direct spending within the constraints of the real economy is ultimately a political choice. Whether you choose to make the policy choices that shift us to sustainable energy solutions and protecting the environment or decide what kind of growth to encourage and the level of redistribution is up to the democratic process. I would encourage you to investigate Steven Hail's work combining MMT with environmentalism
.https://www.palgrave.com/gp/book/9783319909806

Thanks, I'll check it out. Here's an old evergreen in return: