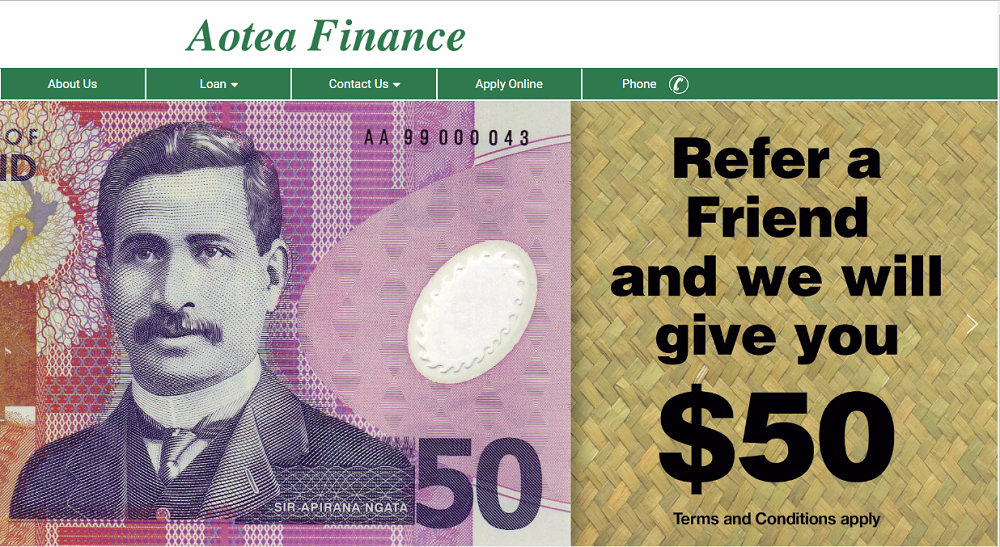 Thousands of customers of Aotea Finance, an Auckand- based provider of personal loans for amounts from $500 to $5000 will get collectively nearly $2.7 million that will be credited or refunded following a settlement with the Commerce Commission.

The settlement relates to non-disclosure of key information during a seven month period from 2015-16.

The commission said that for the period to which the settlement applies, the Aotea Finance group comprised four separate companies operating across Auckland, with a common director (Terry Cooke) and common shareholders, and a single general manager.

The commission said that Aotea Finance accepted that between June 2015 and February 2016 its credit contracts did not include all the key information required to be disclosed to consumers under the Credit Contracts and Consumer Finance Act 2003 (CCCFA).

Those contracts failed to disclose required information such as:

“Aotea Finance’s contracts did not contain the information required in the CCCFA including information about borrowers’ rights. Aotea Finance has updated its disclosure documents and given borrowers the right information, and has agreed to make some payments to affected borrowers,” said Commission Chair Anna Rawlings.

“Lenders must tell borrowers what they are getting into, how much it will cost them, and what options they have if they get into hardship. The law sets out all the key information that lenders must disclose, and borrowers need to understand that information when they take out a loan,” she said.

By mid-April 2020 Aotea Finance will provide, at its expense, a final review report prepared by an independent accountant approved by the commission.

If borrowers cannot be found or do not contact Aotea Finance, amounts unpaid after 1 July 2022 will be paid to a charity agreed between the Commission and Aotea Finance.

There are now five companies in the Aotea Finance Group. Aotea Finance (Takanini) Limited began trading during the Commission’s investigation.

In a statement, Aotea Finance Limited, and its related companies, said they welcomed the settlement with the Commerce Commission in relation to the disclosure statements it has previously provided to customers.

"The agreement with the Commission arises from a technical issue with Aotea’s disclosure statements for a 7 month period from June 2015. Aotea took legal advice on the form of those contracts, but that advice was incorrect, resulting in technical deficiencies in the form of the statements," the statement from Aotea Finance Limited director Terry Cooke said.

"Aotea does not believe any of its customers were prejudiced in any way and no complaint was made to the Commission by any Aotea customer.

"While this situation was not of our own making, Aotea has agreed to remediate affected customers in order to deliver on our commitment to treat our customers with dignity and respect. We sought advice on what was required in our disclosure statements. Unfortunately that advice was wrong. We have now put it right and have taken steps to ensure it doesn’t happen again." Cooke said.

Aotea Finance says it will be contacting affected customers in the near future and as this matter is the subject of an agreement with the commission, Aotea will not be making any further comment.