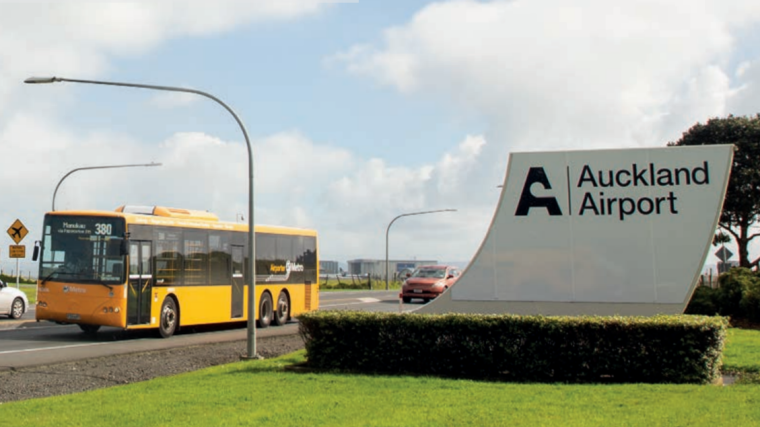 About a week and a half after suspending $2 billion worth of new projects including a second runway, Auckland Airport is going to the market with a whopping $1.2 billion capital raising.

In addition the company says it has "secured significant support from its lenders", including covenant waivers from its banking group and extensions to all bank facilities due to mature before December 31, 2021. As well as the previously announced measures including the cancellation of the interim dividend, suspension or cancellation of certain capital expenditure, and reduction in operating costs, Auckland Airport has also suspended all future dividends while the debt covenant waivers are in place.

The company is raising $1 billion through a fully underwritten placement of shares to institutional investors and another $200 million (this portion not underwritten) through a share purchase plan (SPP). The company went into a trading halt on Monday to undertake the capital raising. The $1 billion institutiional placement has been underwritten to a "floor" price of $4.50. The company's shares last traded at $5.04, which was down some 38% in the past 12 months.

Auckland Airport chair Patrick Strange said the company was moving swiftly to respond to the "abrupt changes" in the market and the first priority had been to ensure the ongoing safety and security of the operation.

"The outbreak of Covid-19 has changed travel and trade markets virtually overnight, and like many organisations, our business has been materially impacted. Auckland Airport will have a critical role to play in New Zealand’s long-term recovery, and we need to act now to secure our future.”

The company said the proceeds from the share issue were expected to provide the company with liquidity of around $1.258 billion, which was expected to be sufficient to meet all operating, investing and financing cash flow obligations "under a range of recovery scenarios".

Auckland Airport is not the first major company to go to shareholders seeking support since the onset of the virus crisis (retailer Kathmandu raised over $200 million last week) and it will not be the last. Some very large New Zealand corporates could be expected in coming weeks and months to seek to shore up their balance sheet in the face of plummeting revenues.

Chief Executive Adrian Littlewood said Auckland Airport was acting to strengthen its balance sheet and ensure it remains well capitalised during this period of strict border controls and significantly reduced passenger numbers, and to ensure it is strongly positioned for a post COVID-19 recovery.

“The COVID-19 pandemic has had a significant impact on Auckland Airport’s operations and will continue to do so under the current border restrictions, and through the subsequent recovery period. Impacts to Auckland Airport’s operating environment have been characterised by a substantial decline in international and domestic passenger numbers and a material decline in aeronautical and non-aeronautical revenue.

“Auckland Airport has been serving New Zealand for more than 50 years and we will be here for many more years to come. We provide critical infrastructure to support New Zealand’s economic growth and we look forward to making a strong contribution to our nation’s long-term recovery. But for now, our focus has to be on the near term. We are wasting no time in taking necessary steps to ensure our organisation remains resilient throughout this crisis and emerges in a strong position once the trading environment improves,” Littlewood said.

Auckland Airport expects to incur about $275 million of capital expenditure between April 2020 and 31 December 2021, with the capital programme focusing on essential safety, asset replacement, maintenance and resiliency (including the planned runway pavement replacement), in addition to finishing projects sufficiently close to completion.

they don't have a rainy day fund? I am shocked, shocked I tell you.

because of the major shareholder ( auckland city council) they have been paying all net profit in dividends for years, now they want some back,
with the capital costs they should never have paid more than 70% out

They've been paying out cash dividend to shareholders. Most large shareholders want the company to be run for high returns on capital, so that means maximising leverage, and maintaining minimal excess idle assets (and that also means idle cash)

Given their debt levels, they were at maximum allowable levels, which meant that they were out of borrowing capacity.

Likely that dividend per share to be cut due to issuance of new shares
Expect share price to drop when market re-opens.

Infrastructure sold as being safe as houses.

But when to gear it up, free cashflow to support dividends....
No use for a sinking fund here.

Who will be next?

To me $4.50 seems quite high considering the resulting dilution. AIA shares were $4.50 not so long ago when business was booming.

The government should take up the Local Authorities placement, or at least lend them the money to take it up. At least the local superfund please. NZ inc investment account is some $10 billion in annual deficit without creating more.

Must look at their annual report, to see how much of their tenancies are concentrated in retail. Surely these tenancies and their flow on asset values are going to have their wings clipped.

At the top end maybe, but a large portion of their shareholders are small holders who have just 1000 or so shares. And a lot of those will be hurting for money right now, and may not have the reserves to take up the offer. This may create opportunities down the track, but consider that $4.50 is well above the initial listing price, and as travel is going to significantly change, while the airport will remain, its value as a business will likely be much less than it has been. So the share price could reasonably be expected to drop quite a bit more yet.

Getting in first before the Govt sucks up the limited capital and resources for the so called stimulation packages coming (which won't stimulate anything, just make matters worse).
And of course more bad news for Auckland ratepayers.... and by default, Auckland house prices.

Oh they will get enough gas to get off the ground. But after that?

Perhaps if they had spent more time acting as an airport, than playing the rich corporate game, their runway (ie, their core purpose) would be in pristine, well maintained condition. The airport should be let go, or returned to govt ownership. These guys are like the lot from boeing, they just got lucky that a block of loose concrete didn't bring about a terrible accident. I hope in the future that nz will have more evenly distributed airports, and that the aia is left to suffer until it can prove it's got it's priorities right. Trying to raise money they should already have? Pull the other one. These corporate guys are quite simply dangerous.