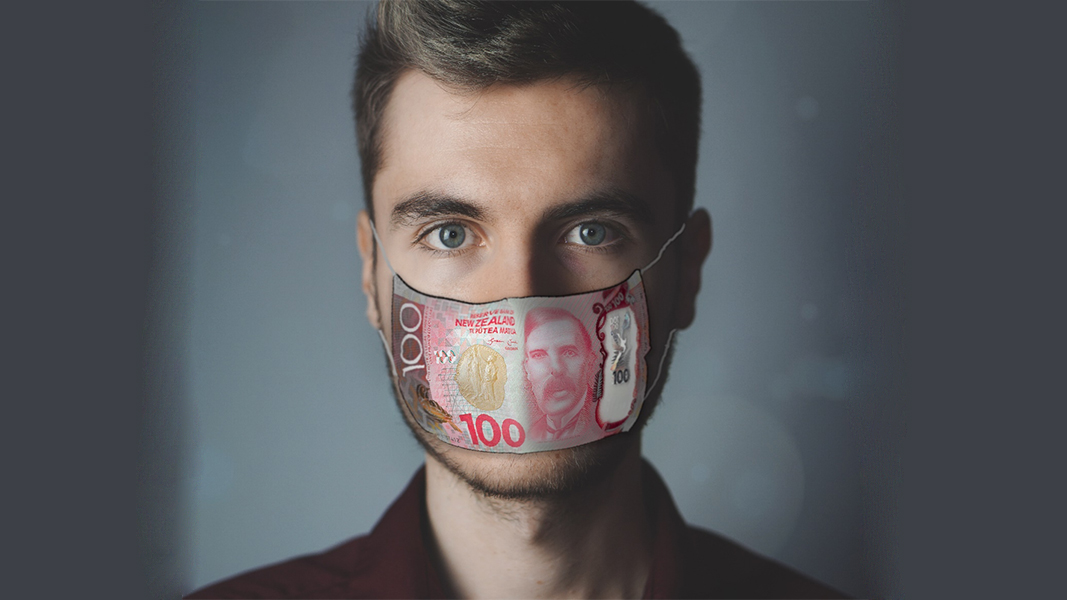 As I sit here at my tiny home-office desk, facing the window, I can see that in mere weeks, the trees here in Germany, where I’m currently working, have changed from barren branches to swaying masses of green leaves - but that’s not the only drastic change in view. I see closed businesses and cafes, and empty streets as social contact now happens via electronic devices. This is the fifth week of lockdown in Germany.

I can’t help but wonder how COVID-19 has, and will continue to, dramatically change our lives. After more than a month, the number of new cases is now declining and there are more new recoveries than new infections.

The situation in New Zealand is very similar, with the curve depicting the number of total cases definitely flattening and the number of active cases falling.

So, it is no surprise that the voices, asking for an end of lockdown conditions, are getting louder. A few days ago, for example, newsroom.co.nz ran a story titled ‘Contrarian’ academics oppose NZ lockdown. But, how do you decide when it’s time to return to a more normal life? If ‘social distancing’ didn’t come at a cost, the answer would be easy. Stay inside until a vaccine has been found and everybody has been immunised. But there is a cost, socially and economically. Given that I am an economist, I’ll focus on the latter.

How hard an economy will suffer from the coronavirus pandemic, of course, depends on how long lockdown conditions are imposed.

Suggestions by researchers around the world, including the OECD, are that every month of economic shutdown will reduce GDP by 2% annual percentage growth. Given that New Zealand hovers just around the 2% mark and has set an initial lockdown period of four weeks, GDP growth would be zero in a year’s time. This is in line with the government’s various scenarios. The most optimistic one is a one-month level four, followed by a month at level three and a further six months at levels one and two. This would shrink our economy by 4.5% in 2020 and by 2.5% in 2021. This is severe, but doable. The worst-case scenario, six months at level four followed by six months at level three, paints a different picture. GDP would fall by over 30% to around $219 bln.

Using the impact of the GFC on countries with similar characteristics to New Zealand as a benchmark and real GDP values rather than nominal values, I have estimated the impact on our economy as follows: A second month of shutdown might cost the economy 7-11% of GDP or $18-28 bln while a third month could push these values out to 10-20% or $25-$50 bln. This is slightly less optimistic than the government’s best-case scenario but not as pessimistic as the OECD predictions. These estimates are also based on no government intervention.

Currently, however, we see a variety of national and global political initiatives to ease the shock of this global pandemic. If these measures are effective then the impact could be less than anticipated. So, in conclusion, while New Zealand will feel the effects of the current crisis for years to come, it’s not all bad news. As with the GFC, our economy should bounce back.

A useful research-based model on WuFlu predicted deaths, and (more importantly) inferred reproductive rates. Graphs showing the turning-the-corner points (where R<1) for various Euro countries are included in the paper. Sweden is not predicted to turn out at all well....and the models hind-and-forecasting is meshed with actual deaths data, showing it has basic skill. There is an accompanying blog post from one of the authors (Annan).

We have been doing a very straightforward MCMC calibration of a simple SEIR model (equivalent of energy balance box model in climate science, pretty much). The basic concept is to use the model to invert the time series of reported deaths back through the time series of underlying infections in order to discover the model parameters such as the famous reproductive rate R. It’s actually rather simple and I am still bemused by the fact that none of the experts (in the UK at least) are doing this. I mean what on earth are mathematical epidemiologists actually for, if not this sort of thing? They should have been all over this like a rash. The exponential trend in the data is a key diagnostic of the epidemic and the experts didn’t even bother with the most elementary calibration of this in their predictions that our entire policy is based on. It’s absolutely nuts.

Edit: SEIR is an acronym for susceptible, exposed, infectious, resistant/recovered, in the evolving model which Annan is using. I've asked him to run it over the NZ data.

I feel for the Professor, who has to make a 'living' in 'economics', but I suggest he gets hold of the reading-list I sent his offsider. Good use of the downtime, Id'a thought.

The real counts are the things wot need counted now. Resource stocks, depletion rates, pollution impacts, that kind of thing. This is essentially telling us to count deck-chairs, while the ship is sinking. It also points to the yawning deficiency in Tertiary education: namely the lack of meshed information. I feel sad that at this point in human affairs, a Professor is talking of 'bouncing back'.

I would ask what it was we are bouncing back to? How long it had prevailed as a regimen? And was it an exponential experiment within a bounded system?

Doesn't this top down, overall analysis rather miss the point? The extreme danger, to me, is that the crisis triggers a mass extinction event for the country's small and medium sized businesses. These are the employers of today and the generators of tomorrow's jobs.

Governments and the economists who advise them, tend to treat the private sector as a whole as a giant cash cow. They rarely are able to appreciate the enormous variety and complexity of the business ecosystem.

Unfortunately, they tend to overweight advise from the banks, which tends to be self serving. The banks are part of the corporate business ecosystem, they do not represent SMEs. One of the difficulties of the small and medium sized business sector is that, because of its extreme diversity, no one really represents it. Each business seeks to survive in its own niche.

The NZ Mittelstat is underappreciated and its existence is rarely acknowledged, as in this article.

The key to a successful future for New Zealand is to do everything we can to facilitate capital formation in the small and medium sized businesses of the nation. This will allow their creativity to be unleashed.

Come on professor, take up the challenge. What would you advocate in this regard?

Unleashed creativity is fine. But if it trashes our habitat, no amount of theft of the vernacular will save us.

The creativity, therefore, as to be restricted. That should come as no surprise, we're all restricted. NZ is getting no bigger, only one owner can be assigned a 1/4 acre, no tree can grow where another already is.

Rather than championing 'capital formation' at a time where capitalism is on the permanent ebb, why not value 'social good, long-term'? Does the project pass that yardstick y/n?

Urban sprawl, roads to nowhere and tourism would fail that test, for starters. As would parasitism.

Sorry PDK. I don't see why people should have to get your approval for their ideas first. Maybe I've misunderstood your point.

There ends up being correct and incorrect. That has to be the goal of any debate, no?

I think the dissonance between our mass-belief in 'capital' versus what we're obviously doing to ourselves, is the chasm which includes your 'misunderstanding'.

I think we've been sold a lie about what is capital and about how it works. The Wall Street banks and the Socialists/Communists have infected our understanding of the vital role that capital accumulation plays in a civilised society. All to get us squabbling amongst ourselves while they sell us more debt and remove our independence.

"the socialists/communists have..." is there a shaking my head/facepalm emoji I can use... wall street banks and multinational corporations are capitalists and have done a fantastic job of accumulating capital, as have all our wonderful celebrities, politicians and landlords...

Yes we've been sold a lie about what capital is, it's not the oodles of numbers on a piece of paper, on a computer screen. The problem is also the belief in capital accumulation, just like land we don't make any more...

Divide and conquer the masses... been happening since the empire building and colonization of old. It's been perfected in modern times to the point most will never see it... probably falls under Stockholm syndrome, pavlovs dog type thing...

Close down for a month and it causes loss of GDP of 2%???

Not sure where they get this figure from. 100/12 = 8.3%. If the economy is running at 50% during shutdown (I would consider that optimistic), then you are dropping just over 4% a month. Why is this not a more likely scenario?

Different Prof. carry diversified research & findings but not many willing to venture as this one for sure:
https://www.scoop.co.nz/stories/HL1507/S00101/the-fire-economy-new-zeala...
https://www.youtube.com/watch?v=MGrBCtOt4Qs

Not only has China dodged blame for the pandemic, it is taking credit for dealing with it