Terry Baucher is surprised the Government is expecting more from key agencies but gives them no new resources. He finds other puzzling policy disconnects too

Terry Baucher is surprised the Government is expecting more from key agencies but gives them no new resources. He finds other puzzling policy disconnects too 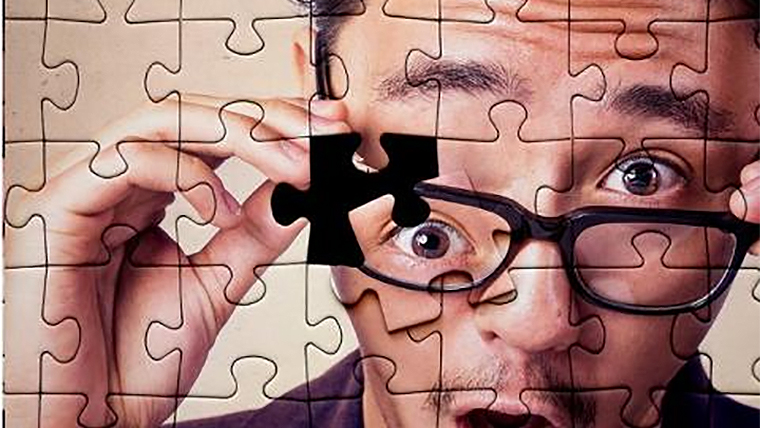 Budget 2020 contained no new tax measures beyond those already announced as part of the COVID-19 response: the loss carry back scheme, depreciation on buildings, the increase in the low value asset write off to $5,000 and increasing the provisional tax threshold to $5,000.

That's not entirely unsurprising. And I did actually suggest in a Budget preview for the Spinoff website that that there would be little more for businesses.

What is surprising is that there is nothing in the form of additional resources for Inland Revenue either to help it manage the Small Business Cashflow Scheme, which on its first day alone received applications for $377 million of loans and approved $280 million worth of loans. Nor did it receive funds to help it look closely into the cash economy and other areas where suspected non-compliance slash tax evasion is taking place such as the fringe benefit tax exemption for work related vehicles.

Usually Governments do slide some extra funds to agencies when they're expecting more of them. So it was a surprise that that didn't happen, although I wonder if in the background Inland Revenue said, “Well, we have gained such greater efficiencies from our Business Transformation programme that we don't actually need those additional funds.” Or maybe everyone was told the money is being redeployed to help the COVID-19 response and outside those areas that receiving funds you're just going to have to make do with what you've got.

I was also surprised there were no adjustments to abatement thresholds and the actual abatement rates that apply. These apply when income rises above a certain level. At this point social assistance measures such as working for families are subject to abatement at quite severe rates. This also applies to people who may be receiving the Jobseeker benefit.  If they earn above a certain threshold, they lose 70% of their Jobseeker benefit above that threshold. Adjusting thresholds could help cushion the impact of unemployment or lower earnings.

Again, given that the Ministry of Social Development is going to be much busier over the next few months, if not years, I'm surprised there was no additional funding granted to it to help them manage what is going to be undoubtedly a hugely increased workload.

The fiscal figures produced for the Budget are, frankly, as you would expect, horrendous reading.

So all of this makes the corresponding lack of any measures or even indications of how the Government expects to fill the gap or attempt to fill the gap in its tax base puzzling.

The Government's official Budget document Wellbeing Budget 2020, Rebuilding Together does talk about a fair, balanced and progressive tax system which will promote the long term productivity and sustainability of the economy. And it sets out how tax policy is meant to work in support of the Government's objectives.

What's actually said in the Budget 2020 document is pretty much a cut and paste from what was said in Budget 2019. But there's one noticeable exception from Budget 2019. In 2019 the Government noted that it was “working with the OECD to find an internationally agreed solution for taxing the digital economy”, before going on to say:

However, we may need to move ahead with our own work so we can proceed with our own form of digital services tax as an interim measure, until the OECD reaches agreement.

There's nothing about that in the Budget 2020 documentation. Instead, the Budget policy statement simply notes “the Government will continue to participate in multilateral negotiations convened by the OECD on the future of the international tax framework”

The Wellbeing Budget 2020 goes on to say that the key priority tax policy at present is to support the COVID-19 response.

In the short run, the tax system must help cushion the impact of COVID-19 on the economy. It is critical to ensure that the tax and welfare systems work together appropriately to deliver income support to affected businesses and workers.

And that's all perfectly reasonable, understandable and logical. It does surprise me, though, that there is nothing about taking up some of the recommendations of the Tax Working Group and the Welfare Expert Advisory Group about looking at the interaction between tax and welfare. Because as I said a few minutes ago, above certain thresholds, there are rather penal adjustments come into play.

The OECD itself has just released a document on tax and fiscal policy in respect in response to Coronavirus crisis.

The report says that the tax policy can contribute to covering costs of the crisis and policy responses to it. Going on to say “efforts to restore public finances should not come too early, but when they come, tax will have a key role to play”.

So the Government's is following the OECD playbook on that regard. But you would have thought that it might have indicated or allocated additional resources to both the MSD and Inland Revenue to look at some of these issues that had already been highlighted by working groups and will remain even throughout this crisis. So, I do find that lack of specific direction surprising.

Obviously, there's the politics of the Election. And as I said on Radio New Zealand, nobody wants to scare the horses before the Election. So everyone's circumscribed. I expect tax will be a big part of the debate in the election, because both major parties are going to have to explain how they propose to pay for the response to the COVID-19 crisis.

What is interesting is what the OECD has pointed out about tax policy. Firstly, whether there is going to be a need to as the OECDs put it, “to explore and assess new ideas as well as revisit existing ones, e.g. solidarity levies, carbon taxes.”

And secondly, the OECD also picks up the question of maybe this is a time when everyone is under the crunch for tax revenue to provide, new impetus to efforts to reach an international agreement on how the digital economy is going to be taxed.

As I said, the Government's tax policy statement such as it is in the Budget documents allude to that but say very little more. And I do find it surprising the Government hasn't given more priority to that matter.

One thing I think, which will be greeted with a welcome relief by those greatly affected is the extension of the wage subsidy scheme. Although the criteria for eligibility has changed, understandably there was some criticism of the initial scheme was perhaps too generous.  Certainly, the ongoing ability to use the wage subsidy scheme is going to be helpful for those businesses, particularly those in tourism that are really being hit hard by the COVID-19 pandemic.

And hopefully we will also see more guidance from Inland Revenue and the Ministry of Social Development as to which businesses may qualify for the wage subsidy. I'm thinking in particular of the matter I discussed last week's podcast whether or not a commercial landlord or a residential landlord with several properties effectively running a business eligible for the wage subsidy. No doubt we will find out in due course.

Well, that's it for this special Budget edition. I'm Terry Baucher and tou can find this podcast on my website www.baucher.tax or wherever you get your podcasts. Please send me your feedback and tell your friends and clients. Until next time, Kia Kaha stay strong.

This article is a transcript of the May 15, 2020 edition of The Week In Tax, a podcast by Terry Baucher. This transcript is here with permission and has been lightly edited for clarity.

Yet more comment on how CoL are not taking on advice from the outside experts, even their own. They are also isolating themselves from the state services they run re the RIA because, I assume, of the emergency(?) Exactly what sort of emergency it was I'm still trying to ascertain, as there certainly wasn't a health one in NZ. Perhaps it's the economic one that their 'hard & slow' decision-making created under levels 3 & 4?

Hi Terry.
Do you have any detail on the subsidy extension?
I can't find anything. Is this over the same month as already claimed or another period?
Or do we have to wait until June 10 for detail?
It seems crazy to me, government will release budget without the finer details.

Hi, info is at https://www.employment.govt.nz/leave-and-holidays/other-types-of-leave/c... but it says there will be some more detail. As qualification is based on losses in the 30 days prior to application and application is made at the end of the initial 12 weeks revenue from 30 days before the end of the initial 12 week period would be the condition.

Budget can be summed up in three words: Plan? What plan?

Thanks Terry.
Re taxation of the digital sector. Do you think it was in the too hard basket for now - maybe they Govt were apprehensive how Google, Facebook, Twitter and co would react.
The main criticism of this budget seems to fit your conclusion; lack of direction and detail. Let’s hope the $20 billion reserved will have a clear plan to generate export dollars.

Where have we borrowed all these billions of dollars from, is it from the supposedly cash rich Reserve Bank or old school loans from Switzerland or new school proteges, China. Please inform me.