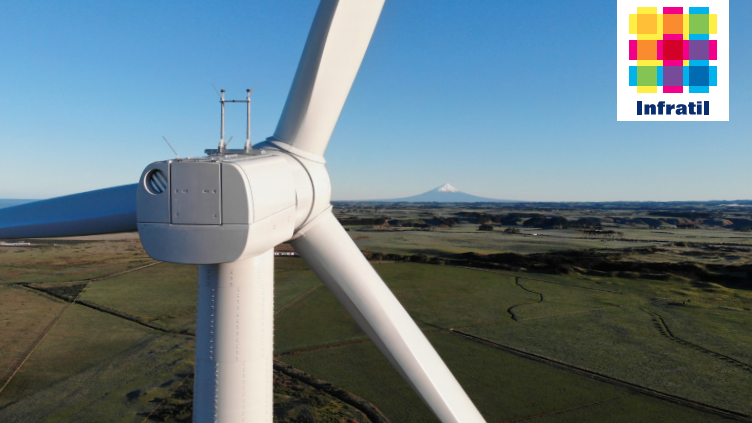 Investors on Wednesday were seemingly disinclined to believe that will be the end of the matter, with the Infratil share price rocketing by 20% to $7.30.

Any takeover of Infratil would have ramifications as the company is the major shareholder in Wellington Airport and TrustPower and owns half of Vodafone NZ. It also has extensive energy investments including 65.5% of NZX-listed windfarm operator Tilt Renewables, which Infratil announced only this week it was putting on the block.

A statement from the Infratil board to the NZX on Wednesday said it received an initial non-binding, incomplete, indicative and confidential offer from AustralianSuper to acquire IFT via a scheme of arrangement on 18 October 2020 for cash consideration of NZ$4.69 and an in-specie distribution of 0.2210 Trustpower Limited shares. This implied a total offer value of NZ$6.40 per IFT share. That offer was subsequently revised on 27 November 2020 to increase the cash consideration to NZ$5.79. The revised proposal confirmed by AustralianSuper implies a total offer value of NZ$7.43 per IFT share, based on a NZ$7.43 closing price per Trustpower share as at 8 December 2020 (Proposal). This Proposal represents a 22.2% premium to the 8 December 2020 IFT closing price.

"The Board engaged expert legal (MinterEllisonRuddWatts) and financial advisors (Goldman Sachs) and formed a Committee of Independent Directors in October to assist in its assessment of the proposals.

"The Board reviewed valuation and the proposed structure and unanimously rejected both proposals as materially undervaluing IFT’s high quality and unique portfolio of assets on a control basis. The Board also notes material conditions related to Foreign Investment Review Board and Overseas Investment Office approvals in Australia and New Zealand and considers that there are other aspects of the proposal that are unattractive to IFT shareholders, including distributing Trustpower Limited shares without recognising a control premium and avoiding the need to make a takeover offer for that business.

"The IFT Board will consider any proposal to maximise shareholder value, but given the significant deficiencies in the Proposal, no further engagement is planned at this time," the statement said.

"We have had a long and successful track record as active managers of the Infratil platform, and recent examples include the ongoing success of CDC Data Centres, the proposed acquisition of Qscan and the strategic review of Tilt Renewables. As at 8 December 2020, Infratil had delivered total shareholder returns of 18% per annum since listing in 1994 and has a stated annual targeted return for our shareholders of 11%-15% over the long term”.

IFT chief executive, Marko Bogoievski, said: “Both proposals were unsolicited and materially undervalue our significant renewable energy and digital infrastructure platforms. We expect some of the additional value to be demonstrated in the near term with the recently announced strategic review of Tilt Renewables, which will continue, and ongoing appreciation of the value of CDC Data Centres”.

From a national standpoint, I don't think pawning off majority control of a holding company that owns two-thirds of Wellington Airport to foreign interests is a good idea.

Do you think they will pick up the Wellington airport and take it back to Australia?

No but they will take the profits, contributing further to NZ's burgeoning account deficit.

No, but they will likely take the profits from owning the Wellington Airport monopoly back to Australia.

And a risk following this is that they run it down and hand the catch up costs back to us here in NZ as essential infrastructure.

Wellington airport couldn’t get anymore run down. Wgtn airport over the years brought up most of the surrounding buildings an let them to become derelict , so anyone who wonts to take over it an spend Iam all for it but it will take deep pockets

Be prepared for things to get worse with the only remote competition for air travel in the region, Kapiti Coast airport to close operations and rezone the land for housing.

makes me want to ask the question about NZ's attitude towards infrastructure - should it be privately owned? I do believe there is a need for an airport on the Kapiti Coast, but in private ownership the demand for a profit makes them uneconomic. So for the short term dollar they are selling the airport off for housing.

in private ownership the demand for a profit makes them uneconomic

For example, there are several industrial SMEs in my neighbourhood mulling an abrupt exit/early retirement. Even a tidy 8-10% pre-tax annual return on equity in these enterprises can't compete with the multiples they could make in the current environment tax-free by shutting shop and selling their land to developers.

To make matters worse, councils under pressure from the accommodation crisis are quick to rezone industrial and commercial land. We really can't afford to lose more jobs and export our productive capabilities at this rapid pace.

I've held IFT shares since 2003. Really rate Bogoievski. Smart guy with a good senior management team. Way smarter than me. Solid dividends every year too. Glad they have said no to the unsolicited offer.

So they had the first offer on 18th October and the second on 27th November. Can anyone explain to me why they didn't see any need to update the market under existing continuous disclosure rules? Is this just lax regulation by the NZX as it seems pretty material to me?

"The Board confirms that it received an initial non-binding, incomplete, indicative and confidential offer from AustralianSuper to acquire IFT via a scheme of arrangement on 18 October 2020 for cash consideration of NZ$4.69 and an in-specie distribution of 0.2210 Trustpower Limited shares."

One of the key words being 'confidential'. For an example of the opposite strategy being following, Steel and Tube blabbed all over the place about the Fletcher offer at close to $2 a couple of years ago, Fletcher took offence and withdrew the offer as they didn't want it public at that stage. STU now trade at about 70c.

The offer is now public as AustralianSuper announced it to the media.

Thanks mfd. Just seems like both sides are asking for trouble (leaks) by not disclosing it. I see IFT were up ~14% in that time vs the NZX which was basically flat (+2%).