Massey's Christoph Schumacher looks at some of New Zealand’s leading and lagging indicators and sees an economy that has weathered the corona crisis surprisingly well, with many indicators out-performing historic averages

Business
Massey's Christoph Schumacher looks at some of New Zealand’s leading and lagging indicators and sees an economy that has weathered the corona crisis surprisingly well, with many indicators out-performing historic averages 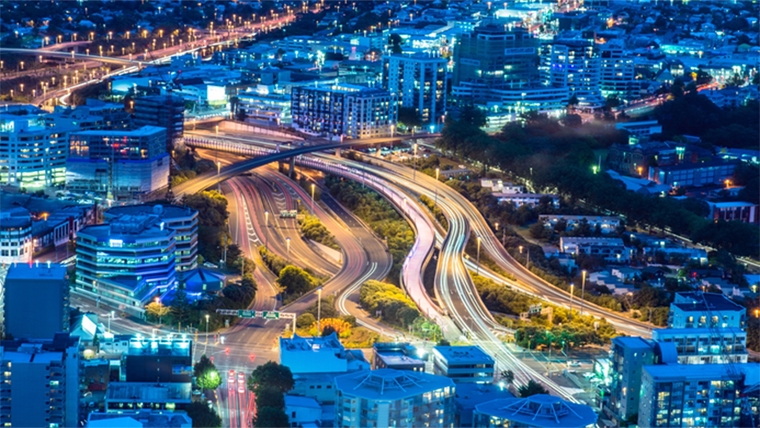 Like every economy in the world, the COVID-19 induced lockdown sent our economy into a nosedive and during the quarter ending in June, our GDP fell by a record 12.2 percent. However, following on from the largest decline in the history of our country was the largest quarterly GDP increase on record. In Q3 2020, our economy grew by 14 percent which leaves us with a manageable annual growth rate of -2.2 percent.

Although the Q3 values were only released today (17th December), the remarkable recovery doesn’t come as a surprise. Economists traditionally watch leading and lagging indicators to predict and analyse economic trends. Leading indicators are used to predict future growth or contraction in the economy. Lagging indicators confirm underlying patterns that are already in process.

An economy moving out of a recession may be signalled by improving business and consumer confidence and spending (leading indicator) however, unemployment (lagging indicator) may still be low as it takes time for this to flow through into economic figures.

A review of some of New Zealand’s leading and lagging indicators suggests it has weathered the corona crisis surprisingly well, with many indicators out-performing historic averages. However there are many challenges still ahead with the global economy slowing down and national supply shortages due to ripple effects of lockdowns elsewhere and transportation capacity constraints.

Activity in retail, accommodation, and restaurants rose by a record 42.8 percent in the June quarter and current retail sales volume figures show that this trend continues in the September quarter (retail alone shows growth of 28 percent from June quarter levels).

Business services rose 8.4 percent, rental, hiring, and real estate 5.0 percent, and arts, recreation and related services 26.8 percent. The rapid recovery is thought to be supported by the wage subsidies, pent-up demand and the fact that more kiwis have been holidaying in New Zealand rather than abroad. Whether this level of spending can be sustained is uncertain.

The results of consumer and business confidence surveys are keenly watched — though widely debated — as leading indicators of the future performance of the economy.

The latest ANZ business outlook survey shows that while still negative at -6.9, business confidence in November was the highest it has been since late 2017!

While business confidence showed a surprising rebound, consumers are feeling more wary, particularly about likely inflation in the future. The ANZ-Roy Morgan Consumer Confidence Index fell 2 points in November and is well down on 2019 levels.

After suffering a precipitous fall at the end of March, the New Zealand share market has rebounded strongly with the NZX 50 reaching a historic high of 12855.02 in November of 2020.

Increased manufacturing activity suggests a higher demand for consumer goods (particularly if retail sales are also increasing) and may also indicate there will be a future boost to employment.

Construction rose 52.4 percent, manufacturing rose 17.2 percent and electricity, gas, water, and waste services 5.6 percent, signalling a recovery in the goods-producing industries. This is confirmed by the Performance of Manufacturing Index (PMI). The PMI dropped slightly in October but increased in November from 52.4 to 55.3. A value above 50 signals expansion and the current value is above the long term average of 53.2

Meanwhile the Performance of Services Index (PSI) fell in November to 46.7 after an increase in October from 50.1 to 50.8. The current value sits below its historical average of 54.0 indicating that the service sector will take longer to recover.

An increase in the number of building consents issued indicates that construction activity will increase.

In New Zealand the new dwelling building consents nationally rose 3.5 percent in September 2020 compared to the previous year. In Auckland, the monthly value of building consents issued exceeded $1 billion, which was an historic high.

Declining house prices can indicate that house supply exceeds demand or that current house prices are too unaffordable. House prices have a big effect on the economy as they impact on homeowners’ wealth and consumption habits.

Much to almost everyone’s surprise, house prices in New Zealand have roared ahead in 2020, rising 20 percent from the previous year. In fact, the rate of growth has been so strong that the government has asked the central bank to consider adding house price stability in their remit on top of the existing price stability and employment. This also makes it less likely that the RBNZ will move interest rates into negative territory next year, as had been predicted.

Despite this, Kiwis still expect the house prices to keep growing with the latest ASB Housing Confidence Survey.

GDP is a lagging indicator and is one of the main indicators used to gauge the health of an economy. As mentioned in the introduction, we saw a record drop of 12.2 percent in the June quarter. By comparison, during the Great Depression of 1932, New Zealand GDP is estimated to have dropped 7.1 percent over the following year. Our leading indicators show a sharp increase and this is now confirmed by the September quarter GDP value of +14 percent.

The unemployment rate is an important measure of the health of the economy. It tends to rise sharply during a recession and take many months, or even years, to fall back to pre-recessionary levels. It has its limitations though, as it only measures people who are actively looking for work and includes part-time workers. For this reason many people suggest underutilization is a better measure of the labour market.

The unemployment rate rose from 4.0 percent to 5.3 percent in the September 2020 quarter – the biggest quarterly jump on record. It is a long way shy of the 8 percent that Treasury was forecasting earlier in the year. This good result has been put down to the $13.9 billion in COVID-relief wage subsidies and the sharp drop off in immigration due to the border closures.

However, unemployment tends to climb after recessions have technically passed and most commentators expect unemployment to increase to between 6.5 and 7.5 in 2021.

The underutilisation rate in the September quarter was 13.2 percent. This is lower than it was in 2012 where it peaked at 14.7 percent, but it still may rise further in 2020.

The CPI is heavily relied on as one of the best indicators of inflation. Retail sales measure the sales and stock of businesses that provide household and personal goods and services. They are important as they directly affect GDP. Slow retail sales suggest companies will hire fewer employees which means in turn they can sell and manufacture less product.

Unlike the house price growth inflation has been running behind Reserve Bank target range even before the pandemic hit.

According to Stats NZ the CPI grew 1.4 percent in the year to September 2020. The growth for the quarter was 0.7 percent after a fall of 0.5 percent in the June quarter. Food and housing were the biggest contributors to the price growth.

Overall, the economic indicators in New Zealand show a solid rebound which is consistent with what we are seeing at GDPLive. Normally a lagging indicator, GDPLive predicts GDP in real time. Our forecasts currently indicate the economy has bounced back from the initial fall in the middle of the year to show an annual decline of 3.5 percent. While we have a long way to go before the economy gets back to normal levels of output, almost all the indicators are heading in the right direction as we end 2020.

If things are so rosy why why do we need all the stimulation of our economy. The government are just saddling us with a whole bunch of debt and precipitating and enormous fixed asset bubble which is further driving a wedge between the haves and the have nots. Are the government deliberately trying to hurt the public and sabotage the economy?

"Are the government deliberately trying to hurt the public and sabotage the economy?"

Never attribute actions to Malice, which can be adequately explained by Incompetence.....

Taking out a massive loan always makes you feel great because you suddenly have money to spend ... but then you have to pay the loan back ... this so-called economic rebound is based on totally fake fundamentals ... it's scary to think what will happen to the NZ economy in the future ... we were just starting to do OK as a nation :(

Just think about this logic, with 100b QE in 2020, the housing increases by 20% despite dwindling vacancy rate in commercial CBD area in most NZ cities/town. Govt. reported surpluses, all legit/reputable negative predictions have been averted. And now they're all revising up/positive. So, enjoy 2021 for more GDP stimulus.

And my old MBA lecturer, Piet Beukman, has contributed a comment to Michael's post that deserves an Interestie of its own:


Productivity is a joke if you add new holidays, double sick leave, up the minimum wage to pay more for doing the same thing, pay millions to settle real or imagined grievances, pay single women to have children, give money to families (“working for families” tax-back), bloat the public “service”, over- tax business, make energy expensive, bog any initiative in endless consultation, have kids leaving school not knowing how to read or do maths properly, pay millions in carbon blackmail charges.

"Retail sales measure the sales and stock of businesses that provide household and personal goods and services."

Sales, like turkeys just before Thanksgiving, have a wonderful trajectory - until Thanksgiving comes or Inventory runs out/cannot be replenished until March/cannot be funded because the Bank has run outta cashflow. Then the awful reality must be faced.