Air New Zealand defers capital raise plans until later in the year, as the Crown increases a loan facility for the airline by $600 million to $1.5 billion

Air New Zealand defers capital raise plans until later in the year, as the Crown increases a loan facility for the airline by $600 million to $1.5 billion 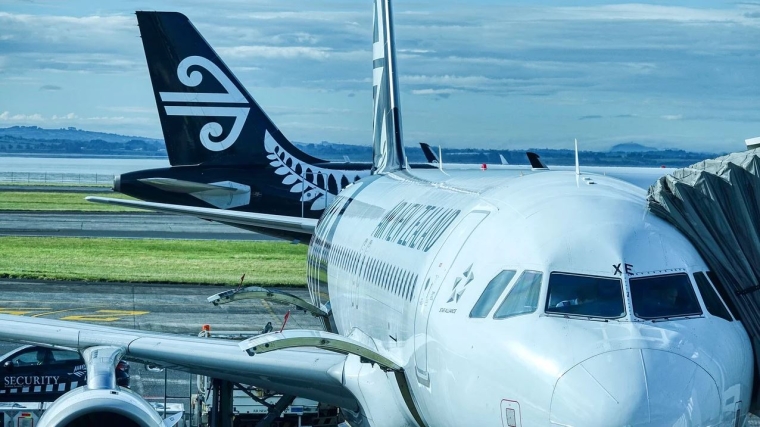 Air New Zealand is delaying its capital raise, as the Government increases the $950 million loan facility it made available to the airline in March last year, to $1.5 billion.

Air New Zealand now says the capital raise will be done by September 31. It was initially due to be complete by June. The airline said the deferral would give it more time to “assess the impacts of recent developments on the airline’s path to recovery”.

Finance Minister Grant Robertson said the Crown wants to remain a majority shareholder and will participate in the raise, subject to Cabinet approval of the terms. The Crown has a 52% shareholding in Air New Zealand.

As for the loan, its term has been extended by 16 months to August 27, 2023, and the interest rate reduced to “reflect current market conditions”.

Robertson said: “The Crown Standby Loan Facility agreed in March 2020 was a measure that provided the time for Air New Zealand to reposition its operations and facilitate the implementation of an optimal long-term capital structure.

“The amended loan agreement retains this expectation and the provision of the conversion of the loan to equity at the request of the Crown.

“Air New Zealand’s intention is that all amounts outstanding under the facility will be repaid from the proceeds of its proposed capital raise.”

Air New Zealand Chairwoman Therese Walsh confirmed: "All amounts outstanding under the loan will be repaid from the proceeds of the proposed capital raise.

“We’ve seen some clearing of COVID-19 clouds recently, with the extension of the airfreight capacity scheme, the rollout of the vaccine and the opening of the trans-Tasman bubble on 19 April.

"These developments are good news and fundamental to Air New Zealand’s return to success, but the storm hasn't cleared yet. We have suspended our cash burn guidance while we take the time to see how these events might impact our outlook."

Robertson said: “The Crown’s role as majority shareholder has been a major source of stability for the national airline during a very difficult time.

“As a result, our national carrier is in a much stronger position than many airlines around the world. We need that strength to be retained because we need a national airline to support economic development and provide access to international markets, and to enable the international tourism we’re beginning to see emerge with the opening of the trans-Tasman bubble.

“We also need a national airline to provide a domestic network that allows people to be where they want to be across New Zealand and gets goods where they are needed."

Just get on with it and nationalise this sucker - as should have been done the last time our airline ran into trouble a year ago; as it was the time before that, and will be the time after this.
Shovelling good taxpayer money after bad, into the hands of a protected private investor class, is not a good look. Especially when the term and conditions of past support keep getting retrospectively amended to do just that.
Kiwirail and Toll Holding should have been enough of a lesson for us.

When the price tanks it can be had for a steal. Nationalising now when there's a prospect of a bump in revenue is a waste

Easy fix.
Withdraw the support mechanism of $1.5 billion and see a proper nationalisation price emerge in seconds.
It's what happened a year ago, and yet 'we' intervened with a $900m guarantee of support to be divided up amongst the existing shareholders, to stop that process.
Virgin was a good example of what was needed.
But now, we pretend that we can rescue this dog of a business with more money that should go into better places.
Yes, we need a national carrier - and because of that strategic importance - we should own it.

The Gov offered a loan at a commercial rate, not a freebe 'bail-out.'

Air NZ has been nationalised some years ago after it went broke after buying Ansett Airlines. The government is still the majority shareholder despite Key selling of some of the governments holdings a few years ago.

Why would anyone want to invest in an airline in these times? Airlines have, in the long run, been loss makers for investors. I'd rather invest in an airport (but I won't)

At the end of March last year shares traded at approx $1. I asked 2 questions, did I think at some point the airline would be operating in manner somewhat akin to in 2018/2019, and would the Gov allow the Nat carrier to fold (given they are the largest shareholder). I picked Y and N respectively. Pretty happy with performance to date. But picking random stocks is gambling and I'm not financially astute. Regardless I went ahead :-)

How much is an airline really worth now? The airline business model is all based on cheap, tax free jet fuel and the window on that is fast closing if we are serious about limiting carbon dioxide emissions:
https://www.bbc.co.uk/news/science-environment-49349566

The AirNZ of the future will have to be tiny, we should be concentrating resources on high speed rail hubs instead.

I wouldn't loan my own money to Air NZ at 3.8% - 5.3% in its current state - why is the government doing it on my behalf? Hardly sounds like a commercial rate - we should be getting our pound of flesh!

Sleaze and bribery are never far from politics in New Zealand.

I worked for AirNZ years and years ago. I always remember a talk one of the managers gave one day. It was called The bankruptcy Virus. This was long before Covid, so the word Virus has nothing to do with that.

It's about how around the world, there are always a number of airlines in the process of going under. It's such a competitive, but costly business to be in. And so as they go under, they reduce fares over and over again to try and keep the cash coming in. In the long term they're dead but they want to stave that off in the short term.

So this reduction in fares means the next few airlines above them, who are profitable, but only just, have to reduce their fares. And so when the first lot of airlines have actually folded, this new lot that were breaking even are now losing money. And so they have caught the Virus and they reduce fares to keep the money flowing in... and on and on.

Add to this many countries prop up their airlines. Most countries (like ours) want to have a National airline and so will subsidise it. So they can run unprofitably forever. This makes it nigh on impossible for a private sector airline to compete.

Large airfare increases is what will happen next it is the only way forward.
My pick 20percent rising to 35-40 percent next year as fuel prices track up on run away inflation.

Aside from service I never rated AirNZ highly enough to fly international to say UK (east or west route). Oh wait AirNZ don't fly to the UK, only about halfway before an partner takes over, that's east and west routes. If you don't fly to major international destinations (excl US) with your own planes then what's the point in having a flagship own country airline unless its heavily subsidised or owned by the govt. Even then it would be left to the CEO on operational matters so would still end up having a half route airline.

Cool stuff. Like the Covid fight, the Airlines need to study and act. If the Crown is backing them, there is no need to go to the Public. Except the terms of the loan is what is concerning. The interest rate is still high, but may be the Government is pricing the risk correctly ?

Cool stuff. Like the Covid fight, the Airlines need to study and act. If the Crown is backing them, there is no need to go to the Public. Except the terms of the loan is what is concerning. The interest rate is still high, but may be the Government is pricing the risk correctly ?

This was always going to happen, and again the taxpayer will pick up the bill along with the other 100 billion dollars borrowed since Labour got in. The share price is going DOWN

Even 1.6b won't be enough, watch the space.. mark this, it will grow.. as loan/debt grow is only relative view.