After years of living in choking pollution, Mark Tanner is watching China start a halting transition to 'sustainable environmentalism' led by young people. This gives brands with authentic sustainability a head-start advantage

After years of living in choking pollution, Mark Tanner is watching China start a halting transition to 'sustainable environmentalism' led by young people. This gives brands with authentic sustainability a head-start advantage 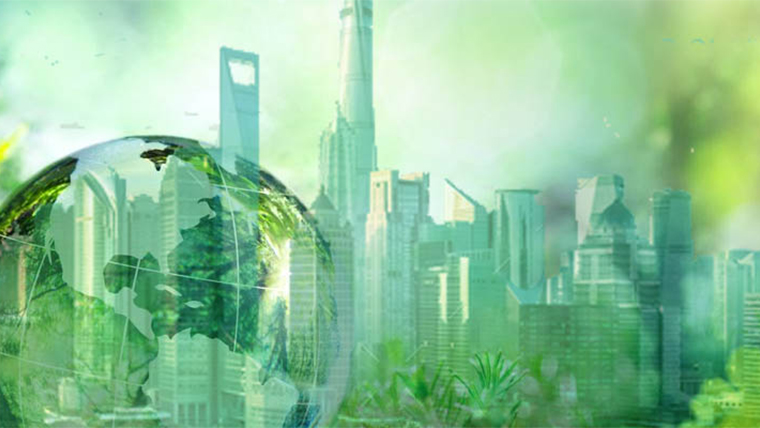 2003 was the year that China surpassed the EU for greenhouse emissions. By 2019, emissions from China were more than four times that of the EU's 27 member states combined, and over 30% more per capita. In 2019 China accounted for 27% of global emissions, exceeding the entire emissions from the Developed World for the first time.

China has pledged peak emissions by 2030 and carbon neutrality by 2060. For the sake of the world, it can't come soon enough. Although the country continues to invest in coal-powered energy generation, Beijing is driving numerous carbon-reducing initiatives that will hopefully shift the dial on the planet's global carbon footprint.

You'd think the tangible signs of pollution that choke Chinese cities would make their consumers among the world's most active environmentalists. But few Chinese consumers make genuinely active decisions to reduce their carbon footprints. For older generations, decades of change and uncertainty has caused many to be quite short-term focused in their decision making, as thoughtfully explained in this HBR article. The fact that most sustainable behaviour yields few immediate benefits, along with a mindset of how can one of 1.4 billion people make a difference, bodes poorly for sustainable behaviour. Instead, consumers leave long term planning to the Government and their five/20+ year plans to fix China's pollution woes. It has mainly been government initiatives that have driven change in consumer behaviour, from punitive recycling laws to EV incentives.

Nevertheless, Chinese consumers' are starting to place more importance on sustainability - particularly the young. They have faced less uncertainty in their lifetimes and although they're still influenced by their elders' attitudes, they are starting to take a longer-term view to personal accountability and behaviour. As a result, they're paying more attention to how their values align with a brand's purpose, including sustainability.

On top of this, many Chinese believe that Covid is the result of environmental mismanagement, which is also helping tilt preferences towards the environment. We've seen this in both China Skinny's Trackers and various projects we've worked on since the pandemic struck. Although behaviour around sustainability isn't yet as mature as most Western countries, the importance that consumers place on it has grown at a faster rate than we've seen before.

Many brands in China already count sustainability as a key pillar in their positioning and communications, but a good share are not connecting it in a meaningful way with consumers. Most Chinese consumers see through greenwashing and expose it to the masses on social media. Broadcasting CSR policies rarely gets cut-through, but brands who educate consumers while entertaining and interacting with them are most effective. The gamification approach from the long-running Ant Forest is a good example.

Sustainability programs that directly impact consumers will usually have the greatest impact on shifting behaviour. This could include demonstrating and tracing how products are safe, such as being grown or produced with environmentally-friendly practices, free from pollution or chemicals like formaldehyde. Similarly, using packaging that is both safe and convenient to dispose of, while remaining sustainable.

Many foreign brands have the advantage that sustainability has been part of their DNA for many years now, adding to its authenticity. But even well-versed sustainable brands need to understand that resonating elements will often be different in China than other markets, and how we communicate those elements.

Companies and governments making big claims, yet things just seem to go from bad to worse. China is the worst.

We could call it green bullsh#t.

"Authentic sustainability".... using which metrics? I call bull**it on that one. About the only truly sustainable enterprise in China is going to be a rural peasant farm

How much of the increase in ghg emissions in China the result of companies in other countries transferring manufacturing to China?

Should the ghg emissions that accompany this be attributed to China or to the country of the company transferring production to China?

Or is it more convenient to blame China and do nothing about reducing ghg emissions?