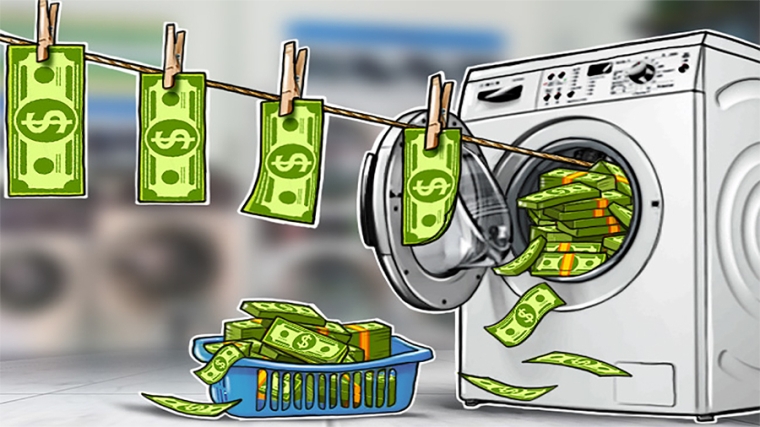 The ACT Party is calling for feedback from people who deal with the Anti-Money Laundering and Countering Financing of Terrorism (AML/CFT) Act about how to make complying with it less burdensome whilst also protecting New Zealand from money laundering.

ACT says it understands the need to protect NZ from criminal activity and that NZ has international obligations.

However it says since implementation in 2013, issues have regularly surfaced about the restrictiveness and regulatory burden placed on businesses by the AML/CFT Act.

And ultimately, ACT says, it's unclear whether the legislation has delivered tangible results in curbing money laundering. Thus the law should be "tailored to what works in New Zealand and not just what looks good at international forums."

"I'm not saying that ACT has the answers," ACT leader David Seymour says. "[But] it's clearly something that if the government of New Zealand wanted to make peoples' lives better, it would be at least raising the question of how we could do better at this."

Seymour says as the AML/CFT Act has been rolled out to more and more professions, each new group affected by it has been "progressively more irritated."

However, he acknowledges he doesn't have and hasn't seen answers on how it could be made easier.

"And it's compounded by the fact that the New Zealand government doesn't have a free hand here. At least in part it has been done to keep the American financial system happy so that we don't float off into third world dystopia.

"I understand all of that. But I also believe that there has got to be a better way and it's a shame that there hasn't been any serious, or certainly any fruitful, effort to try to improve the situation," says Seymour.

A starting point, Seymour suggests, could be ensuring NZ's ways of complying with the AML/CFT Act are "the minimum required" to keep the international community happy.

According to ACT, the legislation as it stands isn't up to standard and it piles compliance costs on businesses with the regulated struggling to understand what's required of them.

"I expect that people will actually come forward and then we'll have to assess whether what they're suggesting is something that we can pursue as a party. But at this point no one's doing anything about it and it's time someone did," says Seymour.

The Paris-based Financial Action Task Force, or FATF, is the inter-governmental body that sets international standards, and is considered the global money laundering and terrorist financing watchdog. It released a mutual evaluation of NZ in April.

Although largely positive, FATF's response did highlight some issues with NZ's efforts to combat money laundering and the financing of terrorism.

FATF said the breadth and depth of AML/CFT oversight of NZ banks doesn't adequately reflect the risk and complexity of the banks partly because the Reserve Bank (RBNZ) isn't well resourced enough.

The RBNZ is one of three NZ supervisors under the AML/CFT Act, alongside the Financial Markets Authority (FMA) and Department of Internal Affairs (DIA). The RBNZ supervises banks, life insurers, and non-bank deposit takers.

And the DIA supervises real estate agents, lawyers, accountants, casinos, money changers, trust and company service providers, and other entities not covered by the RBNZ or FMA.

Like what you read? Support our independent journalism. Find out how.

A Ministry of Justice-led statutory review of the AML/CFT Act getting underway will look to address "technical shortcomings in legislation identified by the FATF," the Ministry says.

Leading AML/CFT Act barrister Gary Hughes, who is working with AML/CFT Act reporting entities on submissions, says there are a range of issues that deserve close attention in reforming a complex system. These, Hughes suggests, could include:

1. Ways to reduce complexity in the law, and discretionary interpretations by the regulators, and hence compliance costs;

2. Better use of intermediaries and chains of reliance – the cost and variability in the system is a barrier to many small firms, unlike the large banks;

3. Greater consistency of regulatory outcomes - including whether we need so many various agencies in the AML/CFT ring;

4. Privacy and information sharing problems – how to control vast rivers of reportable data, and reduce duplication of customer due diligence effort;

5. Proper cost-benefit analysis to be applied before more reforms are loaded on top of existing obligations;

6. Improved mechanisms for handling risks around beneficial ownership and opaque structures, including trusts and trustee arrangements;

7. Ways to fine-tune the enforcement powers, including checks and balances if more tools are to be provided to the regulators.

" At least in part it has been done to keep the American financial system happy". By far the largest part to keep American self interest & politicians happy.

There is work in America on a bill to if you decide to leave the land of the free, 50% tax on all money moved offshore (regardless if tax has been paid on the earnings already) + 7 years tax returns mandatory after you leave. Desperation taking hold..

Don't think they have to worry there are plenty of "Mexicans" to full the void, bit like NZ really high skills leave, low skills arrive, at least according to the leavers anyway.

Why did you put Mexicans in brackets Carlos?

Probably as an all round reference to Hispanics.

It's not the focus of my research but other researchers have noted FATF's governance deficit, both structurally (19% countries in FATF deciding rules for 100%, and even then real decision making a smaller core, and neither case is the agency answerable to any citizens) and operationally, with decisions made by few countries horse-trading for their own shadow policy interests, dominated by US interests. Kept very much below surface but pops out occasionally, eg UK evaluation, Pakistan grey-list, NZ pre-evaluation a Kiwi referenced FATF as "French" but assessors said American, really.

Probably more important to get an accurate picture of how well the current system is working before you change anything. If it ain't broken don't try and fix it. For the average person you don't even notice it until you buy or sell a house, its a bit of a pain and all that stuff with your solicitor only lasts 3 months so by the time you come to the next house you have to do it all over again, but hey if it works then its not a biggie to do every few years.

Agreed. Trouble is, independent researchers have pointed out its fundamental flaws since 1994. Studiously ignored (or unseen, behind academic paywalls) by the industrial compliance complex. Europol, Canadian Senate, even the UN slammed it for being monumentally ineffective (2011) and for harming countries and millions of people (2021). It is almost beyond satire, as here: https://www.effectiveaml.org/aml-laws-crushingly-effective/

All the FMA did was "request" the firm to issue apologies to the affected clients and mend its ways - what a joke!

Our regulatory bodies are tiny and their activities pitiful in scale. There's more damage being done by unpunished, uninvestigated white-collar crime than by attempts to stop it. You have to be properly stupid to get caught given how trusting our authorities are.

Most regulatory bodies are provided with time-limited Crown funding for specific initiatives, which doesn't allow them to hire and train permanent staff.

These agencies have to then rely on big-name consulting firms who charge exorbitant fees but bring limited field knowledge and expertise.

Ban crypto, the real chunk of ice beneath the water.

Ban FIAT before its too late!

Any country that doesn't comply is labelled as a "Non-Cooperative Country or Territory" (NCCT) and will have various sanctions and measures applied to it which will make doing business even more costly and onerous. Also all of the major banks would need to remain compliant in the US anyway for their international operations.

You may not like AML/CFT but it's here to stay because the G7 wants it.

But, it all went a bit pear shaped after that. If you were a G7 leader, what would you have done in this situation?
https://www.effectiveaml.org/aml-satire-or-truth/

Also, when you delve into the history, and find three seemingly ambiguous words in the communique, which caused the AML juggernaut to go down one road rather than another, with the ambiguity inexplicably not resolved by G7 leaders or officials. And ask what else was happening that day...On a warm summer’s day, in Paris, a Sunday…
https://www.effectiveaml.org/when-aml-changed-course/

The Act party wants to roll back the regulations to make money laundering easier. And if business can get into the taxpayers back pocket even better.

Bang on Tim. Consultation by a political party is just a box ticking exercise...ACT already knows what it wants to do.

Seymour is no doubt the right wing nutter international crime loves to see get some power in a state.

Most NZers and NZ businesses shouldn't have to do much at all. 99.9% of them aren't laundering money.

But the ones who are (ahem casinos) get away scot free year after year.

We need to target the Accounting and Legal firms involved. Say $200k fine for all named partners in any firm involved. Three strkes and your ability to practice in NZ is removed.

And while the three NZ bureaucracies hire yet more staff and dream up more paperwork for the patently innocent ordinary pleb to struggle to fill in,...for each and every investment,....and while banks are hit with eye watering fines for failing to comply with all the b.s.,...and while the genuine money laundering is laughing all the way to his stash of bitcoin,...who exactly is paying for all the nonsense?
Yep, the end user customer of banks, accountancy firms, lawyers.
It seems that, once again, our legislature is passing laws they don't understand but signal their virtue.

"who exactly is paying for all the nonsense? Yep, the end user customer of banks, accountancy firms, lawyers."
Agree with comments.
Small business (us) is required to have the same policies & procedures (very costly) as large banks, ANZ, BNZ etc, and other riskier businesses, casinos, realtors, money remitters.
FIU (NZ police) reports show 98% of "Suspicious Activity Reports" come from bank & money remitters.
Instead of the current expensive ant/sledgehammer approach, a separate regime with lighter obligations for SME's, would make more sense.