The Week in Tax; the latest lockdown developments, Provisional tax and GST are due, the perils of making distributions to overseas beneficiaries, and reflections on the late Sir Michael Cullen

Business
The Week in Tax; the latest lockdown developments, Provisional tax and GST are due, the perils of making distributions to overseas beneficiaries, and reflections on the late Sir Michael Cullen 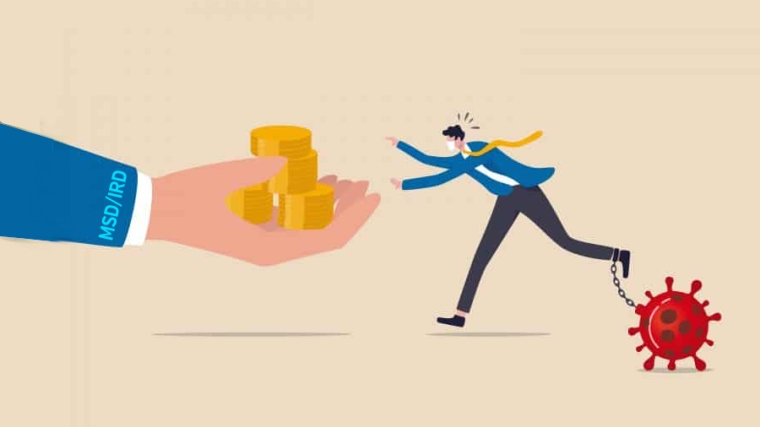 We're now into our second week of lockdown and the full range of government support packages such as the Wage Subsidy and Resurgence Support schemes are now open for applications.  As of Wednesday night, 128,000 wage subsidy applications had been made and almost $500 million paid out. Other tax agents are reporting turnarounds as quick as four hours between an application being filed and payment being received.

Lockdown has had a knock-on effect for Inland Revenue staffing because it is responsible for managing the Resurgence Support payments, and since they opened on Tuesday morning Inland Revenue says it's already received more than 95,000 requests and has already approved 70,000, with distributions totalling $130 million already made to over 40,000 applicants. In addition, Inland Revenue is also working alongside the Ministry of Social Development in checking and signing off on Wage Subsidy applications.

Consequently, Inland Revenue’s call centres are pretty overloaded at the moment because staff have been directed to help in those areas. The dedicated tax agent hotline has been closed down and we've been encouraged to use the messaging through the myIR function, and a colleague has reported that he's had excellent service using that.

Just as an aside, I deal with other tax agencies around the world. And although it's easy to take a lot of pot shots at Inland Revenue, to borrow a phrase, “We don't know how lucky we are”. I recently finally received a reply from the United States Internal Revenue Service to a letter that I had sent 19 months previously. HM Revenue and Customs in the UK is an exercise in great patience in trying to deal with them online. In fact, their systems make it impossible to set up an online account from New Zealand. So, you may be experiencing frustrations in getting through to Inland Revenue, but rest assured, you could be a lot worse off.

To quickly recap, there are a range of support packages now available at Levels Three and Four including the Wage Subsidy Scheme, the Resurgence Support Payment, which is also available at Level Two, the Leave Support Scheme, Short-Term Absence Payments, the Small Business Cashflow Loan Scheme and Business Debt Hibernation. All those are available now as we discussed in last week's podcast.

Now, it so happens that the first instalment of Provisional tax for the year ended 31 March 2022 for those on a March balance state is due on Monday, and GST for the period ended 31 July is also due on the same date.

Inland Revenue have advised they are of course, open to assisting with payment plans if you are unable to make payments in full for either Provisional tax or GST.    We've said this many times before the key is to get in contact with Inland Revenue as quickly as possible. Now, as I said, you may be experiencing some difficulties getting through the phones, but the myIR function works extremely well and actually Inland Revenue are encouraging its use. The key point is to get in touch with them straight away. Let them know that you are experiencing cashflow issues and you want to set up an instalment arrangement.

Now in those circumstances you also need to set out whether or not your business has been adversely affected by Covid-19.  Get in front of Inland Revenue as quickly as possible is always the best approach now for businesses that have been hit by Covid-19

(That would be the hospitality sector and large parts of the retail sector as well).

Inland Revenue will be prepared to remit use of money interest on late payments. It's got specific provisions in the Tax Administration Act to enable that. According to information it sent to tax agents overnight, Inland Revenue has remitted more than $17 million of use of money interest for over 96,000 taxpayers and suppressed another $71 million for another 21,000 taxpayers who have set up a current payment arrangement.  So Inland Revenue is prepared to be accommodating for businesses in difficulties. But as always, it's a question of communication.

Quite apart from trying to allow special arrangements will be made for those affected by the lockdowns, Inland Revenue message is still to continue to file tax returns on time and make tax payments on the due date. But as I repeated earlier, if you are experiencing issues on this, get in touch with it.

Now, there's been plenty of debate about when and how we will open up to the world after our vaccination programme has been completed. And it's worth noting that there are about one million Kiwis living overseas at the moment. It is the second largest diaspora in the OECD after Ireland as a percentage of population.

And one of the things I regularly advise on is the implications of making payments to and from members of this diaspora. This week alone, I had three such enquiries and they often involve trust distributions. The plan is that the trustees here want to help a family member overseas, for example, a student at university, and they naturally look to see, well what can we do by way of distribution from a trust to help.

The key tax issue here to watch out for, though, is that the overseas tax treatment of distributions from trusts is often radically different from what happens here. And although that sounds an obvious thing to say, you would be surprised at the number of times that I've been asked to assist or deal with issues involving distributions have been made without properly considering the tax consequences for the recipient in their particular jurisdiction.

The UK tax treatment is particularly complex because the UK has a habit of adding patches upon patches to legislation to deal with issues rather than do a fundamental rethink. And there is a very real risk that a distribution of what is apparently a tax-free capital gain here will actually represent a fully taxable capital gain for UK tax purposes.

So, if there are any trustees considering distributions to overseas beneficiaries, you must seek advice before doing so. If not, you either run the risk of the distribution being taxed as income, which can be up to 45% in the UK or as a capital gain, which is 28%. So get advice before making any payments.

And finally, this week, a few reflections on the former Finance Minister and chair of the last Tax Working Group, Sir Michael Cullen, who died last Friday.

Alongside Sir Roger Douglas. Sir Michael ranks as one of the most influential finance ministers of the past 40 years. His legacy includes KiwiSaver, the New Zealand Superannuation Fund and Working for Families. There was also the establishment of Kiwibank during his time as finance minister. Equally importantly, he ran a very stable set of books during his time, and he attracted a lot of criticism for it. But the result was the Government's books were so solid that it has enabled us to manage the triple crises of the Global Financial Crisis, the Canterbury earthquakes and now Covid-19 it in much better shape than most other jurisdictions in the world. And that is probably one reason why politicians of all sides have praised him on his passing.

I did get to engage with Sir Michael professionally in 2018 when I prepared and presented a paper on the possibility of a tax advocate to the Tax Working Group. He chaired the discussion briskly and with humour. Something that has come out from discussions with several former Treasury and Inland Revenue officials, they've all spoken warmly of their time working with him and his dry wit was a factor

When he presented the final Tax Working Group report in February 2019, much of the noise and discussion was around its recommendation for a capital gains tax. But he spent quite some time during his presentation talking about the need for environmental taxation to help address climate change. And in doing so, he clearly remembered the bitter experience of the abrupt changes made during the Fourth Labour Government because he repeatedly stressed the need if changes to environmental taxation were to be made, then the impact on those most affected by those changes would need to be managed very carefully. He was clearly talking about farmers and to a lesser extent the transport sector.

Right to the very end he was always engaged in public policy, and he continued to have a big interest in tax policy. Hs reflections on what needs to happen around environmental taxation were wise words and should be heeded by the Government and future governments of whatever hue. He will be sorely missed.

That’s it for today, I’m Terry Baucher and you can find this podcast on my website www.baucher.tax or wherever you get your podcasts.  Thank you for listening and please send me your feedback and tell your friends and clients. Until next week ka kite āno!