Mark Tanner notes that few of Beijing’s catchphrases have impacted the way businesses and brands behave as swiftly as 'Common Prosperity'. We’re likely to see toned-downed displays of wealth in China

Business / analysis
Mark Tanner notes that few of Beijing’s catchphrases have impacted the way businesses and brands behave as swiftly as 'Common Prosperity'. We’re likely to see toned-downed displays of wealth in China 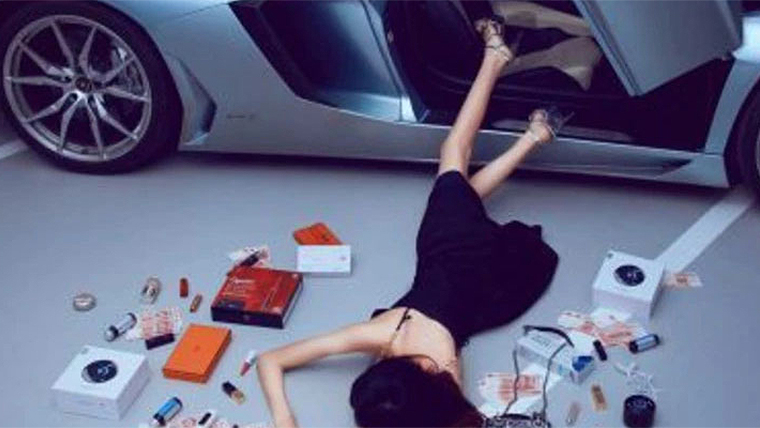 Like many Skinny readers, we’ve watched with interest as big numbers have rolled out of China over the years. GDP has ascended from $1.2 trillion to $14.7 trillion over the past two decades. The number of passenger cars on the road have shot up from around 75 million to 300 million since 2011. And China has added 500 million internet users over the same period.

But after years of being conditioned by soaring statistics, it has been some time since we were genuinely blown away by data from China. That was until we saw some recent data crunched by McKinsey. Between 2000 and 2020, Chinese consumers’ collective net worth has skyrocketed from $7 trillion to $120 trillion – scaling up almost 50% faster than GDP. China’s wealth accumulation, largely driven by property appreciation, has seen it account for almost a third of growth in global wealth to overtake the US for the top-spot.

Unfortunately, more than two-thirds of China’s wealth is held by the richest 10% of its households, and their share has been increasing. This doesn’t sit well with the top brass of the Chinese Communist Party, and has been a large factor behind the Common Prosperity drive which aims to see more people benefit from China’s growing affluence.

Few of Beijing’s catchphrases have impacted the way businesses and brands behave as swiftly as Common Prosperity. Singles’ Day was without its usual razzmatazz as a result and more recently, lifestyle platform RED has banned users from flaunting wealthy lifestyles. Largely recognised as the go-to social network for emerging trends – particularly among women – RED has flagged thousands of wealth-bragging posts and improved algorithms to detect such content. This will undoubtedly impact consumption behaviour in China.

Beijing’s ideals have long been broadcast over state media, but ‘privately-run’ social networks which are more influential than traditional media, are increasingly making it difficult to convey messages that don’t align with Beijing’s mandate. This is reflected in policies such as RED’s, and even more extreme measures such as content on entire subject matters disappearing online. For these reasons alone, every brand in China should take note of Common Prosperity and other policies from Beijing.

Does Common Prosperity mean everyone will drop the Max Mara cashmere coats and don Mao Suits? No, it won’t. But we’re likely to see toned-downed displays of wealth in China. Chinese consumers were already transitioning from bling-driven purchases to products that reflect more introspect, but this trend has accelerated. And the meaning of ‘status’ is transitioning to understated craftsmanship and niche brands from being in ‘the-know’, in addition to other more accessible traits such as love for the motherland. A number of brands, particularly those in the luxury category, have already started to reflect this in their hero products, comms and VIP programs. Even in the FMCG category, Mengniu learnt not to run promotions that would encourage food waste.

Interestingly, lower tier cities which are driving a lot of China’s luxury growth, are traditionally less sophisticated and ‘more-bling’ than their peers in higher tier cities. As a result of Common Prosperity, they are likely to have to mature much faster than their big city cousins did.

Just as Dior recently discovered, brands need to keep track of both Chinese consumers’ and Beijing’s cadence, and adapt their marketing strategy to reflect this.

Can't have the communists out-wealthing the capitalists now can we?

I don't think either term captures the essence of China
KeithW

What the CCP needs to learn, and what capitalists persist in denying, is the means by which most wealthy have achieved their wealth is by under paying those who work for them. Thus prosperity only goes to those with power over others. They call themselves "The Peoples Republic ..." but in reality it isn't unless the people are taken along on the wealth accumulation path. This is also true for all the other democracies in the world, who inevitably neglect their ordinary folk.

President Xi does realise he has to redistribute wealth

But the debt is massive and is wrapped in the burst property bubble.

Massive wealth equates to massive power. China is very impressive - the last country to see such rapid progress from poverty to wealth every year and lasting decades was NZ 150 years ago.  But China still has a way to go. For example NZ has 4.4million registered vehicles which is more than one per adult whereas China's 300million is about one for every three adults.

I watch Korean and Chinese TV dramas - it is clear that Korea is not much different to NZ in its attitudes to wealth but Chinese dramas are obsessed by an almost feudal attitude to wealth - they use the biggest skyscrapers and largest motorway junctions as mere background; the successful businessman (always a man) lives in a palace not a home; positions at the top of big business are inherited and every woman's success depends on a man.  Still Chinese dramas can be fun to watch.

Sounds about right. Gold, wasn't it? (Australia, South Africa and California being in harmony with NZ). And what came with that? "...wealth accumulation, largely driven by property appreciation...".

Frozen meat and other agricultural goods. Argentina did much the same.  Both were top countries but Argentina became poorer faster.

That was an amazing transformation from abject poverty to wealth.

Just checked the figures for GDP per capita and you are right. Like NZ 120 years ago Singapore is at the top of the list. They have over double the wealth of NZ. And now NZ is 42nd on the list.

Lapun,
Do those Chinese dramas you watch come from the PRC or from Taiwan and perhaps elsewhere in SE Asia?
KeithW

Netflix, Viki, YouTube.  On Netflix Taiwan films are distinguished from mainland China (and Hong Kong too I believe).  It is fascinating seeing how a popular drama is remade in a variety of Asian countries - the plot stays roughly the same but cultural differences are fairly clear.  If you have 13 mins spare check this on YouTube 'Miss Granny Trailers (Korean, Chinese, Vietnamese, Japanese, Thai, Indonesian, Philippines]'. There is at least one  drama with 30 episodes that has both a Taiwanese and PRC version.  You not only get to compare cultures but also cultural change - for example the older Korean dramas invariably have the male lead grab the female by the wrist and drag her off to some quiet place to have a disagreement - these days the same incident has no physical dragging - #metoo.

This is all happening when the Chinese demographics are a mess. Similar to Japan. But Japan's households have savings. China is up to its eyeballs in this ginormous debt.

NZ doubled down on China without thinking through this.

And China has reached those 'ugly' demographics much earlier in its development path than Japan...

Yeah, I was thinking that.

"Ah Lam borrowed Daddy's car again, for shopping and dinner with her girlfriends.  As always, the champagne flowed freely, and by the time she had driven to her apartment she was feeling not just drunk but sick.  She struggled across to the passenger side, got the door open with difficulty and tried to get out, but her legs were like jelly and she lost it, slumping out of the car, her shit scattering all over the place.  A few passers-by looked at the car, the girl, and her expensive luxuries in mild disgust.  Another family showing terrible disrespect for the Common Prosperity policy.  They will be sorry, in good time."

I have been following Mark Tanner for more than ten years.  I remember him saying to me one time that he would be leaving China the first day that he became bored. But he is still there.  His writings are always insightful.
My assessment is that the 'common prosperity' drive is a key pillar in China's governmental policy and that it should not in any way be dismissed. It represents a fundamental turning from Deng's policies of 30 years ago.
KeithW

I doubt it will  be successful. China's success has been reliant on hardly- modified capitalist greed on steroids.

The easy growth days for China are over, and their demographics are ugly, as are their human rights.

The glory days are over. Which doesn't mean that I think the Chinese economy will sink. The country will still grow, but it will be much moderated growth.

My guess is that President Xi realises a highly unequal society can be unstable and secondly that better wealth distribution will result in even more talent reaching university and building a stronger country.  I also suspect it gives the communist party even more authority over any potential rivals.  The way Twitter and Facebook blocked Trump's posts will have been noted. It is similar to the way the Mughal Empire in India ensured no Hindu traders became too powerful - not wealth redistribution but wealth control given a pleasant title.

It cannot be dismissed - the unchecked authority of the Chinese govt has to be taken seriously.  It will be a failure though .

Another post about news from Asia = another racist picture.
Disgraceful.

I'm struggling to see how the picture is racist. Surely you are being too sensitive or am I a victim of Poe's law?

Just scroll through Asia-related news here and you’ll see the pattern.
Then let’s compare it with local stuff  and what we’ll see there? Either rbnz folks in suites or our PM on podium. No no, mocking them is not appropriate.

If the extent of reform is just flaunting wealth less I don't think that wealthy Chinese will be too worried.

I think the reform goes well beyond wealth flaunting.
KeithW

If similar measures in the western world meant no more Kardashians and no more 'reality' TV then sign me up!

One must mention Corporate America should they discuss Authoritarian China. They are two sides of the same coin.