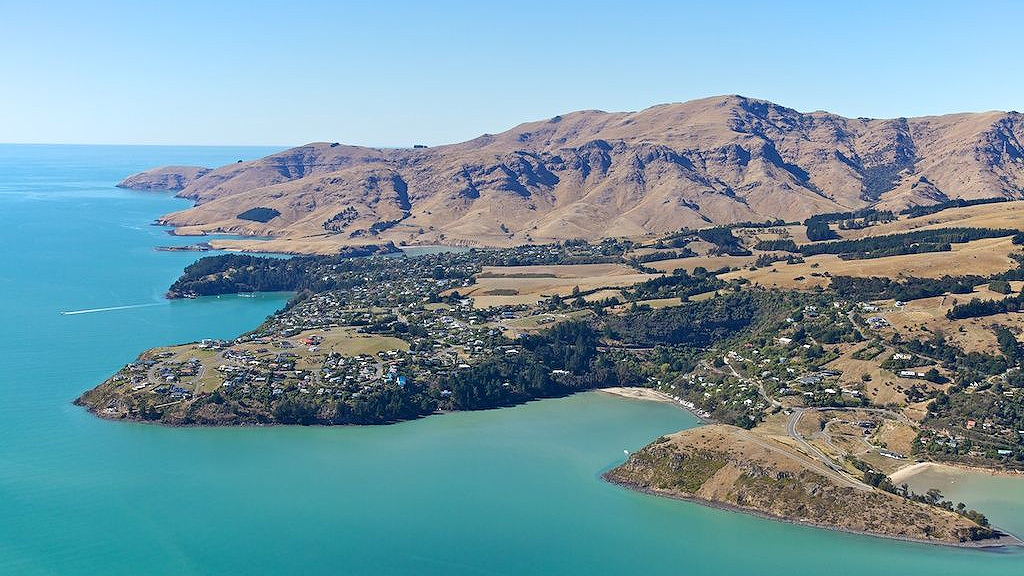 But first in China, they reported that fiscal revenue is still falling, and falling faster with a fifth straight month of declining tax receipts, especially from the private sector and SMEs.

Meanwhile, S&P has become the latest ratings agency to declare Evergrande in default.

In China, foreign direct investment rose almost +16% in November from the same month in 2020, reaching NZ$235 bln in the month. But most of this is now coming from 'partners' in their Belt & Road initiative, rather than from first world investment. These heady increases are slowing, from +20% in September to +18% in October to +16% in November.

In Germany, business confidence as measured by the widely-watched Ifo survey fell for a sixth month in December and to its lowest level since February. It was a fall greater than expected. Confidence in the near-term economic outlook is weakening due to renewed restrictions to curb the country's fourth wave of the pandemic as the effects of supply bottlenecks go on and on.

But there are some signs the factory inflationary pressures are moderating. Even though producer prices rose +19.2% from a year ago, the December level came in with a rise much less than expected over November (+0.8% vs +1.4% expected). That might not mean much if later data resumes the climb, or it could be an early indication of a topping out. It is hard to see however, how +19% cost increases can be tolerated, even if most of it comes from high-cost Russian energy.

In Russia, these same energy rises are causing their economy indigestion. They raised their official interest rate by +1% overnight to 8.5% and back to 2017 levels to keep a lid in their wave of inflation. They also said more hikes are coming because even more inflation is probably coming.

In Turkey, the situation is going from very bad to much worse. The further sharp fall in their currency after the recent interest rate cut (and the selling of FX reserves to support it turned into a vast waste of money) has brought a trading halt in the main stock exchange. Even after their 50% hike in the minimum wage a few days ago, the raging inflation means the affected workers are still worse off than a year ago. The situation is now so bad the what is required to sort the gigantic mess out will likely be equally painful.

Mexico also raised rates overnight, up +50 bps to 5.50% and also tackling entrenched inflation here. It was their fifth straight rise.

The Bank of Japan left its interest rate settings unchanged, but decided to wind down its pandemic support. They did say that they see good a good economic recovery building there and private spending starting to rise in the way they want.

An American regulator said it was investigating the buy-now, pay-later industry with an investigation into the largest operators there, which includes two of Australia's largest (AfterPay and Zip). Shares in both fell heavily after the announcement. The US regulator is concerned about accumulating debt, regulatory arbitrage, and data harvesting in a consumer credit market already quickly changing with technology.

In Australia, pandemic cases in Victoria were 1503 reported yesterday. There are now 12,578 active cases in the state - and there were another 7 deaths. In NSW there were 2213 new community cases reported yesterday, and another big jump, with 9,569 active locally acquired cases, but only one death. Queensland is reporting seven new cases. The ACT has 20 new cases. Overall in Australia, 89.8% of eligible Aussies are fully vaccinated, plus 3.9% have now had one shot so far.

The Kiwi dollar opens today firmer at 67.5 USc and down -½c from this time yesterday. Against the Australian dollar we are soft at 94.5 AUc. Against the euro we are down at 59.9 euro cents. That means our TWI-5 starts the today down -40 bps at 72.2 and back to its four month lows.

You'd have to think that if you where Turkish a USD or EUR denominated account would be looking pretty appealing right now. Eventually debasing currency just accelerates out of control.

Yes. And gold and Bitcoin will also look appealing. I wonder what NZers generally think about the destruction of our own currency and whether or not it is happening. I would imagine most people would think it's not happening.

I don't think inflation is a big secret.

I'm not sure what you mean by "destruction" though. Are you talking Weimar Germany or 5-10% in a year?

And is it the currency being destroyed, or values changing? Savings accounts aren't anywhere near as sexy as tech shares, and it should be obvious that just hoarding money as a financial strategy is a dead duck.

I noticed something odd today when looking at the London stockmarket index...

Why? Stockmarkets aren't supposed to behave like that in the long term I thought...

Why isn't this being mentioned in the news more?

It doesn't seem to be happening in other stockmarkets...

Yes, it is interesting. But I don't fully understand the FTSE100 composition. The Nikkei225 is far better. And the NZX50 up 800%+ over same period.

You have to look at total returns on the index as otherwise you exclude dividends.

That said the main reason for the relative difference in performance appears to be the FTSE100 being comparatively light on tech and heavy on financial institutions. In a low rate environment bank margins get compressed and the growth businesses get bid up.

Yep, that's what I've been reading after doing a bit of research, but it still seems like 21 years of not really going anywhere is a bit strange. Makes me wonder if there is something more "structural" going on underneath (PDKs resource constraints etc).

last decade growth outperformed value.  If I understand it correctly this was because all investments are the present value of their future cash flows, and because of low inflation those future cashflows were discounted at a very low rate using the DCF model.  Could we see a sharp reversal where value outperforms growth?  or is this just another central bank head-fake?

Until interest rates go above the rate of inflation, hedge funds will continue to borrow.  And the Fed won't let that happen.  Inflation numbers are manipulated for a reason.  Interest rates will rise a whopping 0.25% perhaps next year, QE will taper, as they like to say, but continue to grow to stop 'liquidity problems'.

Central banks only have one solution, kick the can down the road or the whole system collapses.  Short term Keynesian policies were only supposed to be used to stimulate an economy back into action, but now it is the new norm.  Blackrock now controls the Fed, and all policies will be to protect Powell's $25 million investment.

The US continues to get away with the manipulation because they have the world's reserve currency and can 'export their inflation'.  MBS anyone?  How about a nice never-fail US treasury so we can buy your goods?

But a US Goverment bond rout is not on the forecast horizon according to the investment preference of large US banks. Evidence here and here.

So, our interest rates are going up but our currency is going down. So much for higher interest rates attracting offshore money. Perhaps in our currency decline, others see us as vulnerable to whatever is about to happen. ''Risk Off'' as they say, & there's nothing more risky than NZ right now. Why is that? Well, let's start with poor leadership: leading everyone onto wage subsidies or benefits, including jobseeker benefits, which fall outside the unemployment numbers. Then there's the many tens of thousands of small & medium size businesses that have gone to the wall over the past 18 months. What about the segregation of the nation that is unfolding at speed behind all the covid noise, which is adding greatly to the unsettling feelings around town & country. Locking up your largest city for 3 months. Charming. Mis-reporting the covid numbers daily by what they're not telling us, which most people can now see. The AB's poor season on the park to go with their poor performance off the park, lowering our WC winning expectations level to about the same as our interest rates. The rise & rise of the gang cultures as we import our very best ex-thugs straight from Australia's jails to our society as we too lower our own jail populations. Welcome home boys. Which leads me to the paucity of our police patrols & actions in line with the weak law & order mandate from... yes, you know who. The shutting out of the next generation of new home owners by the absurd & gross increases in house prices over the past 4 years, near doubling in places - under a Labour Govt. Sacrilege. The debasing of our currency due to the doubling of the public debt by FM GR in a move you can only do once in a generation & get away with. And now the rates are rising & so the does the debt repayments from all the hard working taxpayers as well. MIQ. Fail. Test & trace. Fail. $900 million to Maori to handle their covid concerns. Fail. Total lack of transparency within govt under a state or emergency of govt spending with legal check-ups side lined by govt under emergency sitting & still not back to normal. The death of the media as commercial concerns, who are now government mouth pieces with their hands out without so much as a thank you. The rapid & noticeable decline in state delivery across a range of state enterprizes from RBNZ to Treasury to Justice to Police to Education to Welfare to Health to local govt & the list goes on & on & on.

You are not wrong. Sadly any alternative is no better. We're doing pretty good compared to most other countries IMHO. We will get dragged along by the big players though so anything could happen next.