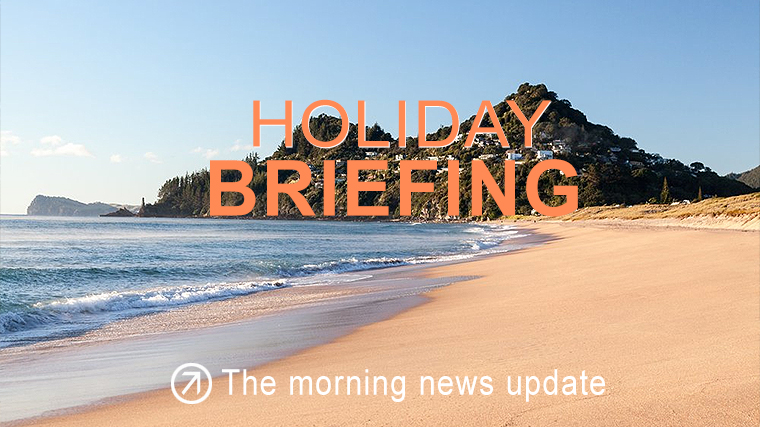 Here's our summary of key economic events overnight that affect New Zealand with news the slowdown in the Chinese economy is embedding and they don't seem to be able to do much about it, other than 'build more infrastructure'.

But first, the US Fed minutes for their December meeting were released this morning. Eyes were on clues about how fast they would reduce QE, and how soon rates would rise. Unfortunately there aren't many new or previously unreleased clues in these minutes on either. But they do show growing unease about the higher-than-expected inflationary tracks. The chances of a faster taper and an earlier rate hike both seem stronger in these minutes.

The UST 10 year yield jumped to 1.70% after their release and to its highest since before that start of the pandemic. The US dollar rose sharpish. Wall Street dived.

At the weekend we will get the US non-farm payrolls report, and at this stage analysts are expecting a +400,000 jobs gain. Today we got the pre-cursor ADP employment report and it was sharply positive, reporting an +807,000 gain in December. Every sector contributed to this result and it is the second best ADP result since the pandemic bounce-back in 2020. Continuing gains are needed because the US labour market is still -4 mln jobs short of the pre-pandemic levels.

Canadian building permit levels in November were very much stronger than expected and driven by residential consents especially in Vancouver.

In China, Premier Li called for larger cuts in taxes and fees in order to counter "fresh downward pressures". He also wants more deductions for research and development spending, and special support for the service sector and other areas that have been heavily impacted by the pandemic. Spreading lockdowns and now a tech sell-off are not helping.

China is pulling out its old playbook to fight its economic woes - building more infrastructure.

East Asian inflation rates are not following the Western track. Thailand reported its December inflation rate at 2.2% and the Philippines reported theirs at 3.6% and falling. Both are elevated somewhat, but not significantly so.

Australian job ad levels fell in December, and rather sharply and unexpectedly. This was a surprise after the high November levels and analysts are confused by the pullback. Was it the strong November hiring levels, or a new Omicron hesitancy?

And still in Australia, we should note that AfterPay's shares are down -30% in a year. After reaching AU$158 in early February 2021, the have since traded progressively lower, now at AU$81 and having fallen -20% in the past month. They have suddenly gone from 'hot' to 'unloved'.

In Australia, there were 35,054 new community cases reported yesterday in NSW, another rise, now with 184,413 active locally-acquired cases (and undoubtedly an undercount), and 8 more deaths. And 17,636 pandemic cases in Victoria were reported yesterday, also another rise. There are now 51,317 active cases in the state - but there were 11 deaths there too. Queensland is reporting 6,781 new cases but no more deaths. In South Australia, new cases have risen to 3493 yesterday. The ACT has 810 new cases and Tasmania 867 new cases. Overall in Australia, 64,735 new cases were reported yesterday and their hospitalisation rates are now above peak Delta levels in some states. The sharp rise in the Northern Territories is very concerning. And their testing regime is buckling under lengthy wait times and stock shortages.

Wall Street was lower again today, but not by much, down -0.1%. in afternoon trade before the Fed minutes. But it sank -0.9% after. Overnight, European markets continued their good gains, up an average of +0.7% and mostly to record highs. Yesterday, Tokyo ended up a marginal +0.1% while Hong Kong ended down a sharpish -1.6%, and Shanghai fell a full -1.0%. The ASX200 fell back -0.3% after Tuesday's gig gain. The NZX50 opened for the year with a building +0.9% rise.

The price of gold started today at just under US$1825/oz and back up, adding another +US$10 from this time yesterday. But it lost all of that after the US Fed minutes were released.

And oil prices start today +US$1 higher at just over US$78/bbl in the US, while the international Brent price is now just over US$81/bbl. They seem to have held these higher levels after the US Fed minutes and rising US dollar.

The Kiwi dollar opens today much lower after the Fed minutes at 68 USc. Against the Australian dollar we are softer at 94 AUc. Against the euro we are little-changed at 60.2 euro cents. That means our TWI-5 starts the today marginally softer at 72.6.

The bitcoin price is little-changed again from this time yesterday at US$46,369. Volatility over the past 24 hours has been modest at +/- 1.6%.

Well with less than 20% of the population over 60 years old, guess they can apply a vastly large workforce to work themselves out of any one hole? Or to put it in another way,  as the the King of Id announced to  his good peasants - I have good news and bad news, first the bad news - all your pension funds are to be nationalised and the good news is - you will all be allowed to work until you are ninety.

Working until they are ninety is a tradition, I remember a greengrocer in North Dunedin who said he was the first to arrive and last to leave…and laughed…

But it’s too early for anecdotes, we need to get on with the serious matters like…GDP..

Long live the King. I have no qualms when bringing up our democratically elected PM as "our dear and glorious leader".

Just read an article on Yahoo Finance where Jeffrey Gundlach of Doubleline Capital, says he has never invested in China,

Yet Munger and Dalio are doubling down, It's all very confusing. I have JD and BABA, which are both down a fair bit. Whilst I'm  holding, I am losing conviction on a daily basis.

2022 resiliency:  Is the economic world ready for the range of natural and other disasters likely queuing up in 2022 after being stretched by COVID for 2 years?

Maybe this is why people are running to perceived safety, eg property, cash, gold, and why ‘grid freedom’ movements are taking off.

I think the location of drought indicates the climate change modelling is reliable, early stages showing in South America and Central Africa, ultimately US, Australia, China.

For those that have money to hide I guess jewellery was the traditional purchase, probably still is.

From the Oz hospitalisation link,

That's a massive change in protocol, and doesn't make a lot of sense given Omicrons reduced severity. Gotta keep the fear campaign going though aye, wouldn't want to relinquish those emergency powers.