Anthony Healy, the ex-BNZ CEO who heads up Australia's Business Growth Fund, sees plenty of upside potential for NZ banks getting on board an equivalent NZ fund

Business / news
Anthony Healy, the ex-BNZ CEO who heads up Australia's Business Growth Fund, sees plenty of upside potential for NZ banks getting on board an equivalent NZ fund 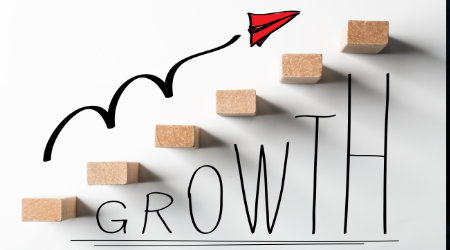 This month's Budget proposed the BGF to improve small and medium sized enterprises' access to finance, with $100 million set aside over the next year for Crown investment as a minority shareholder alongside banks. NZ banks, however, say they've only had very early stage talks with the Government.

Healy, BNZ's CEO between 2014 and 2017, is the inaugural CEO and Managing Director of the ABGF. Alongside A$100 million from Australia's Federal Government, the ABGF received A$100 million investment from each of the parents of ANZ NZ, ASB, BNZ and Westpac NZ, plus A$20 million each from HSBC and Macquarie Group.

Healy told interest.co.nz he has been involved in the background supporting the development of a BGF in NZ, but he doesn't want to speak for the NZ banks. Nonetheless the fact the big four banks' Aussie parents have become investors and shareholders in the ABGF helps.

"There's a precedent and a model, and we can share our structure and IP [intellectual property] and stuff with them," Healy says.

"The compelling thing for the [Aussie] banks in the business case was firstly they all agreed that there was a gap in the market. So there was something that needed to be solved, it wasn't some sort of speculative venture."

"Secondly, any investment to help their customers grow would ultimately benefit the banks as well because [as] the customers grow, they grow their debt capacity, they take on more products and services from their banks. In a lot of ways they de-risk customers because they've got more equity. So what's good for the banks' clients is also good for the banks over time," says Healy.

"The third is as large corporate entities with a social licence in Australia, they could see that a fund like this was meeting a gap in the market, would unlock growth potential in SMEs, in family owned businesses across the country, which was good for communities, good for job creation, good for economic growth, and good for Australia. So there was an Australia Inc, as there would be a New Zealand Inc, angle to this."

"Fourthly, because it's a public-private partnership I think the banks were always open to the idea they could build a better and more constructive relationship with the government because post-GFC, the royal commission and stuff those relationships have been strained. And I think there's a lot of shared interest in making this successful," Healy says.

"And finally we're going to set it up with the right structure, the right skills, the right capabilities and make the right investments so that over time we generate acceptable returns to the banks," Healy says.

Healy came across the United Kingdom's Business Growth Fund during a UK visit when a member of the executive leadership team at BNZ's parent National Australia Bank post BNZ. The UK BGF was established in 2011. Returning to Australia, Healy says he lobbied the Government and banks to do something similar, ultimately establishing the ABGF.

"And I've seen as a banker so many times, businesses short changing their growth or their potential, because all they had access to was some debt."

"Banks typically like to lend either against security or they base their assessment on historical cashflow. Whereas equity support, which is by definition riskier, looks at forward growth and forward earnings and forward projections and takes a view on the risk of that and then invests in the future growth, not necessarily in the historic. Obviously you take into account historic performance but it's about funding future growth," Healy says.

He says the ABGF targets the "huge world of family owned businesses, small to medium enterprises" between where venture capital (VC) and private equity buyout funds look to invest. For the right reasons the owners of such firms typically don't want to give up control, he says.

"They're usually a bit too big and not sexy enough for VC, and then they're too small or don't want to give up control so buyout funds aren't particularly useful for them either."

Whilst it took about two years to get the ABGF up and running, Healy suggests NZ, drawing on the Aussie experience, should be able to do it in about one year. The ABGF was incorporated in October 2020, started hiring staff in February 2021, and did its first deal in October 2021. Healy says in its first full financial year, from June 2021 to June 2022, the ABGF will make five investments with an average value of about A$12 million.

"We expect to deploy $80 million to $100 million a year for five years and then we'll go back to our shareholders and raise more capital and take the fund to $1 billion and keep going just like the UK fund has," Healy says.

He now has 22 staff split between Sydney and Melbourne, including an investment team several of whom have a background in private equity. He says the ABGF's investment process, from first meeting through to financial close, runs for six to eight weeks. He expects to make 50 investments in the first five years.

Healy notes it's important to remember the ABGF must generate commercial returns for its bank shareholders to make sure it has a sustainable business model.

The intention is that it's an evergreen fund so capital isn't returned to shareholders.

"The way they will monetise their returns is through dividends in the long-term, once we're fully invested and start getting exits and generating profits, which is where the UK is now," Healy says.

He cites a range of options for exiting investments. These include a trade sale alongside the majority owner, a secondary buyout whereby the ABGF sells its shareholding to another investor, an initial public offering, a share buyback where the company itself buys the ABGF out, which could take place gradually.

"Investments go wrong at all sorts of points in time. But as a long-term shareholder you can work through those. And some of the best returns you get is when you double down on a business that has gone through a difficult patch, but for reasons that you understand and you can see the way out of it. And so if you stay invested and you continue to work through the turnaround, then a lot of those investments that go through troughs can come back [out] the other side. Being a long-term investor helps," Healy says.

"We're not taking huge risks. It's not like they [the companies the ABGF invests in] don't have a proven product."

He says it's the overall return of the full investment portfolio that matters most, with an average return of 1.5 times to 2.5 times investment expected. Healy suggests there are tens of thousands of businesses in both Australia and NZ to whom the BGF approach would be very valuable and attractive.

"The UK fund has now been in operation for 11 years. It's now a £3 billion fund. It started at £2.5 billion, with £500 million from each of the five major banks, the Government's not an investor in the fund in the UK. They've made over 400 investments, they're now making about 60 to 70 a year, and exiting about 70 a year as well . They've got 16 offices across the UK, [and Ireland] they had three at launch, [and] 200 staff. So it's a very successful fund and I think what it has done is proven the view about the gap in the market," Healy says.

The UK BGF is backed by Barclays, HSBC, Lloyds Banking Group, NatWest and Standard Chartered. BGF in Ireland is backed by the Ireland Strategic Investment Fund, AIB, Bank of Ireland and Ulster Bank.

One year, a reasonable launch timeframe for NZ

Meanwhile, Healy says for NZ a timeframe of a year is probably reasonable to get up and running, adding it's not easy with a lot of work to do to effectively just get to the starting line.

"The banks are risk averse, they've got strong governance protocols. So it does take time to get through all that, agree the principles, agree the model, agree how you would do it, agree the shareholders' agreement, agree the business plan, investment mandate, that all takes time."

"When you've got four competitors like banks and a government, there's always going to be a degree of misalignment. And just working through that is part of the challenge to make sure you get them all aligned around it," says Healy.

Sounds like a good idea, if they launch in a year like is suggested I am genuinely curious as to how many businesses would be in a position to want to expand.

Nothing that relies on disposable income I guess

Yeah you would presume next year that the biggest debt demand for businesses would be to bridge the recession. There's always some sector growing at any time.

Newer business lending is a complex area. We want more businesses, but new ones are fairly cash intensive with high failure rates. This plus the shorter repayment periods makes it fairly expensive.

Could be opportunities in the manufacturing/export sectors if NZD keeps going lower, as long as they don't rely on imported components too much?

Or if you are already Fonterra then good news

Well this is a pickle. As a shareholder in those banks I think any scheme that 'corporatises the profits while socialising losses' is a good idea. As a taxpayer though I'd rather walk barefoot across broken glass than let the vultures gobble up the tasty tidbits and leave the guts for me to clean up.

Just tell me what government decides and I'll adjust my portfolio as appropriate.

yep...the pointy heads in Wellington are know experts in funding business.  I thought lending was why we gave out banking licenses?

Who needs businesses when you have houses?