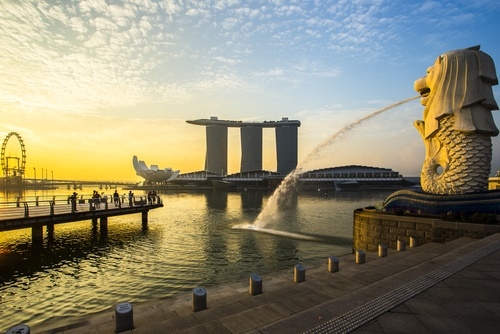 The 23rd of March 2015 marked the death of a prominent leader in the history of Asia—Lee Kuan Yew (also known as LKY).

While LKY is remembered as a legendary leader, he should also be assessed on Singapore’s performance in Asia and the world stage. And in this assessment, LKY has, unequivocally, passed with flying colours.

Singapore gained independence as the Republic of Singapore (remaining within the Commonwealth) on 9 August 1965. It also co-founded ASEAN in 1967.

The city-state currently hosts more than 7,000 multinational companies from the Triad (US, Japan and Europe), and another 3,000 companies from India and China.

Despite its small size, Singapore is a major player in the world economic landscape. It is the world’s fourth leading financial centre and one of the five busiest ports in the world. The World Bank has consistently ranked the country as the easiest place in the world to do business. It also ranked Singapore as the world’s top logistics hub.

Industry wise, Singapore is now the one of the world’s top three oil refining centres, the world’s largest oil rig producer, and a major hub for ship repair services. Its young industry of casino gambling, set up in 2008, is now the world’s second largest.

These are amazing achievements considering that the small island city-state has literally no natural resource endowments to start with.

Singapore has been a major manufacturing hub since the 1980s. The first industrial park in China—the Suzhou Industrial Park, was largely modelled on the hub concept established in Singapore.

Manufacturing has since been China’s key competitive edge in the world’s economy, as services have yet to take centre stage.

Many ask the question what it means to Singapore to have lost LKY.

While some can doubt his way of governing Singapore, many Singaporeans do understand what it means to compromise some ‘freedom’ for security and prosperity.

Singapore as a country is well disciplined and this has been inculcated since LKY’s time.

Unlike other national leaders, a wise man like LKY left his post as Prime Minister in 1990 so that stable succession could happen while he continued to provide mentorship as a Senior Minister and subsequently Minister Mentor.

Given the accolades that Singapore has achieved, and many of which have been conferred only in recent times, a system seems to have been in place despite the loss of the great leader.

As Singapore continues to come up with amazing achievements, it is no surprise that countries such as China like to cherry-pick the good elements of Singapore’s strategy.

The significant challenge of a larger nation adopting elements of a smaller nation is the replication of these elements a few hundred times over.

Singapore is now a strong logistics hub. China is of course making a significant move with its own “One Belt, One Road” initiative.

For other smaller countries, clearly there are no reasons for not studying how a country without natural endowments can survive and do well.

Economics aside, the aspects of relationship building and the role as facilitator seem to mark Singapore’s success in the Asia space. That’s another lesson that many countries can learn from.

I participated in the panels on Commodity (sic) and China-India and in some obligatory dinner parties. On Friday night the Singapore prime minister invited the speakers at the meeting that the Singapore government organized. Trichet, Larry Summers, Paul Volker (sic) Chuck Price, the finance ministers of ASEAN countries were there. No government official from China was there …guess I was there to make it look like China was represented.

The dinner was turned into an Oprah with PM Lee Hsein Long (sic) at the center. The topic was on the future of globalization. People fawned him like a prince. Of course, he is. There are two reigning princes in the world that the Davos crowd kiss up to, Jordan and Singapore. The Davos crowd are Republican on economic issues and democratic on social issues. Somehow they manage to put aside their moral misgivings and kiss up to Lee Hsein Long and Abdullah.

I tried to find out why Singapore was chosen to host the conference. Nobody knew. Some thought it was a strange choice because Singapore was so far from any action or the hot topic of China and India. Mumbai or Shanghai would have been a lot more appropriate. ASEAN has been a failure. Its GDP in nominal dollar terms has not changed for 10 years. Singapore’s per capita income has not changed either at $25,000. China’s GDP in dollar terms has tripled during the same period.

I thought the questioners were competing with each other to praise Singapore as the success story of globalization. Actually, Singapore’s success came mainly from being the money laundering center for corrupt Indonesian businessmen and government officials. Indonesia has no money. So Singapore isn’t doing well. To sustain its economy, Singapore is building casinos to attract corrupt money from China.

These western people didn’t know what they were talking about. Aside from the nauseating pleasantries some useful information came out of it. Trichet sounded very bullish on euro-zone economy (sic). He noted that euro-zone was catching up with the US in growth rate (sic) and talked about further gain in 2007. His tone was much more bullish than our house view. As Japan is surprising on the downside, I don't see how the rise of euro-yen could be stopped.

Larry Summers and Paul Volker (sic) were very worried about the US economy. As you probably know, Alan Greenspan is talking the same way. At the CLSA conference last week, he talked like one of his critics. There is fear of a US collapse. Many Americans think that an RMB reval (sic) would save the US. This is just a dream, in my view.

Most were worried about the future of globalization due to income inequality. As average workers in the west are not seeing wage increase (sic), they may vote against globalization. I thought that they were understating the benefit from cheap consumer goods. However, as inflation comes back, it does diminish the benefits for western consumers.

No-one was worried about the growth outlook for China and India. The Indian Planning Minister was very bullish, talking about 9% forever.

My sense is that policymakers are relexed (sic) about the short-term economic outlook but anticipate a US collapse at some point. Americans think that RMB reval could save the US. So they would keep pressuring China."

Is there any correlation between the almost exclusive focus on economic achievements and the relentless tedium of having to spend anytime in the country?

Who wants to aspire to that?

Yes I find this an interesting question Dave, I much prefer a little chaos - it's more human!

Got me thinking - which countries are 'succesful' and how do we measure that.

I immediately thought of Scandi region and Holland.

They offer good lifestyle, opportunities and services for citizens, while also acheiving a very libertarian outlook, where people can be free to be themselves without govt butting in.

Isnt that the golden combination?

Singapore..It must be terrible living in a country where you can go for a walk and not be confronted by gangs of marauding youth who can't speak without spitting and using the F....   word,where children value education and are encouraged by their parents.

As noted above the points you cherry pick above are indeed achieved in some countries,

'land of boredom and prudish conformity, but with a really good airport and lots of shopping malls.'

SK you forgot to mention that Singapore - where one can make a big pile of cash on property speculation.. Isn't that your theme?