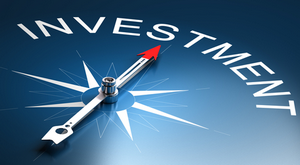 The Government has unveiled a national strategy aimed at attracting overseas business investment.

Economic Development Minister Steven Joyce says Cabinet has approved the New Zealand Investment Attraction Strategy. It will be led by a cross-government team of senior officials from the Ministry of Business, Innovation and Employment, New Zealand Trade and Enterprise, Callaghan Innovation, and the Treasury.

Joyce says the Strategy sets out a common set of priorities, goals and key actions for government agencies to work with the private sector on "investment attraction activities" in what's a competitive world for investment.

“While we have been seeing good growth overall in recent years, we need to sustain that and expand on it to really see a step-change in economic activity across New Zealand. This joined-up national investment attraction strategy will be tasked with building a pipeline of investable opportunities and promoting them offshore. We need to attract more international investors into opportunities that grow new industries, put more capital into existing industries, and attract investment and job growth in regions around New Zealand," says Joyce.

“Applying an overall strategic direction will enable the Government to target its efforts alongside the private sector and local government, and attract investments that provide the biggest benefits to New Zealand.”

"Targeted consultation with the private sector will be undertaken. The final Strategy will be publicly available."

“National has released a flimsy PR (public relations) document in an attempt to pretend it is addressing a woeful record in regional economic development and offset today’s bad economic news about business confidence," says Clark. “After nearly seven years, all National can come up with a committee of bureaucrats charged with implementing a collection of clichés."

Clark says the National Party was happy to "ride the milk wave" when dairy prices were high, instead of diversifying the economy.

“Now dairy prices are down, Steven Joyce’s cabinet paper identifies primary industries as a key focus for foreign investment, raising the spectre of vital dairying land transferring to foreign owners. We know that a high proportion of dairy farms will be making a loss in the next year. National has banked the future wealth of our regions on high dairy prices, and now we are seeing the results."

“National’s response to difficult economic conditions is a flimsy marketing strategy with no real plan beyond opening important land up to foreign ownership,” Clark says.

Here's a Cabinet paper on the NZ Investment Attraction Strategy.

OWNERSHIP is what he actually means, as this "investment" that he is touting includes OWNERSHIP of land and houses. Tenants in our own land now appears to be a goal.

One employs and trains locals, the other doesn't

Xingmowang - taxation where there are agreements in place. The other issue is foreign entity repatriates profits back to foreign country while NZ entity keeps profits in NZ.

I have a major problem with this.
Selling down our SOEs is one thing but selling and encouraging foreign ownership in private business and land is near Treason.
Firstly, I value NZ ingenuity and entrepreneurship above the need for foreign companies.
Secondly, do we need or can we even compete with foreign money. The world is awash with massive amounts of low interest, freshly printed and illegal money. You start to wonder if it is just a lack of Patriotism and Self Interest or a far greater Conspiracy!

It's all the above, mate, especially the conspiracy part. And you better keep them circling in your head while we get ahead.

You need patience and a beyond death investment horizon.

"You start to wonder" dont its very simple, its self-centred Greed.

Should be good for quite a few taxpayer-funded business class flights - anywhere, anywhere but here.

The most telling comment was "why is it that a liberal government, that doesn't believe in government (intervention) running or being involved in businesses, seek and encourage overseas State Owned and Sponsored enterprises to come into the country and do the very thing it isn't willing to do itself"

Farmers in trouble and the government solution is have the chinese come in and take over the assets. In mental illness they call that 'self harming'

"While we have been seeing good growth overall in recent years, we need to sustain that and expand on it to really see a step-change in economic activity across New Zealand. This joined-up national investment attraction strategy will be tasked with building a pipeline of investable opportunities and promoting them offshore."
In summary this paragraph means, a lot of our farmers are broke, the Aussie banks are scared of farming, sell farms to foreigners, then at least the bureacrats will keep their jobs.

This joined-up national investment attraction strategy will be tasked with building a pipeline of investable opportunities and promoting them offshore."

It's a financing gift that keeps on giving cheaper rates to fund positive carry position. Let the deficit spending begin.

Why do you want to send more NZ sourced profits overseas?

What are your plans for creating and improving NZ owned business? Business that retain profits in NZ and respend those profits INTO our NZ economy (rather than go offshore) and involve creation of high level business and commerce skills for NewZealand born and trained people. If we don't have NewZealanders getting into those jobs then we have no need to build, improve, or pay, people to offer that training in NZ....

Also NZ money needs profitable places to invest itself. Why are you encouraging foreign investors to push aside or swamp the market when our NZ investors need something other than houses to be worth investing in

The likes of Tim Groser and Steve Joyce care only for the trappings of power and the baubles of office. What do they care about the likes of us? They are content being featured among the subordinate elites of the Major Powers of the United States and China, though they had better choose which master they serve, because I think they may find rulers are jealous people who do not like servants with divided loyalties.

"Addressing the US Chamber of Commerce during his bid to become director-general of the WTO, Mr Groser said the change required for, and resulting from, free trade deals necessitated discretion.

Evidence backed the benefits of free trade, he said. It facilitated higher productivity, higher wages and material progress. But ''this alone is too austere a message to sell to the general public'', he said.

''And frankly ... for precisely the point I have just made, in all the speeches, interviews and comments I have made on trade, I have never once said in New Zealand, `Vote for me: I'm in favour of free trade'.''

The bigger the trade deal, the more secretively it would have to be handled, he told his audience.

''I have said to trade journalists in Geneva and, let me admit to a certain degree of perverse pleasure, that if I were to become director-general [of the WTO], I would be a `trade journalists' nightmare','' he said.

''Actually, in public, the director-general needs to be a forceful public advocate of the system ... And we need the help of the world's media to achieve that. But when it comes to the sensitive negotiating issues, I believe the director-general must be completely silent in public and open to many different solutions.''
- See more at: http://www.odt.co.nz/lifestyle/magazine/298464/making-trade-offs#sthash....

They'd rather deal with a few big businesses than lots of little kiwi businesses.....

Who are the people getting a kick back here?

there are higher goals than that afoot. What do they care how hard it is to deal with small business? It just means more underlings to hire and lord over, greater expenditure, and greater bureaucratic empire building.

Yes well your probably right Anarchist......but the public have to take some blame here as to what gets unleashed on them. Everyone who puts their hand out and demands some type of payment from any Government has allowed this type of behaviour to grow and expand.....

How many people think "Great I get FREE Dr visits for the kids" of "Free childcare", Free vaccinations" "Free schooling" "WFF" etc?

The bureaucracy is already to big they don't know what they are meant to be doing and they have extremely poor knowledge of legislation......most of them are constantly breaking NZ law.....Social media will be the bureaucracies down fall as people are very quick to post stuff up.

Many of us don't have a choice notaneconomist, our wages have been driven so low by the dismantlement of barriers to the pressure of foreign trade from countries unhindered by such scrupulous devotion to "free trade" that we can't afford to pay for such services ourselves, without government handouts. That's if we are lucky enough to have a job.

I did research in economic policy a number of years ago and found an astonishing amount of people received government support and this was before Welfare for Families, and the Rogernomics reforms were sold to us, with assurances that they would reduce demands on the State expenditures, but it was all a baldfaced lie. All they did was added further costs without providing the public the commensurate income increases to pay for the inflated costs.

if you think that's bad, check this out.

"Call it the loophole that destroyed the world. It's 1999, the tail end of the Clinton years. While the rest of America obsesses over Monica Lewinsky, Columbine and Mark McGwire's biceps, Congress is feverishly crafting what could yet prove to be one of the most transformative laws in the history of our economy – a law that would make possible a broader concentration of financial and industrial power than we've seen in more than a century."

Until these idiots work out the difference between speculative and productive capital and take steps to discourage the bad one we are doomed.

Why is there such a shortage of local capital in New Zealand anyway? Oh right its been all been pissed away on a colossal property bubble. The government needs to stop blindly trying to attract investment and deal with the malinvestment problem.